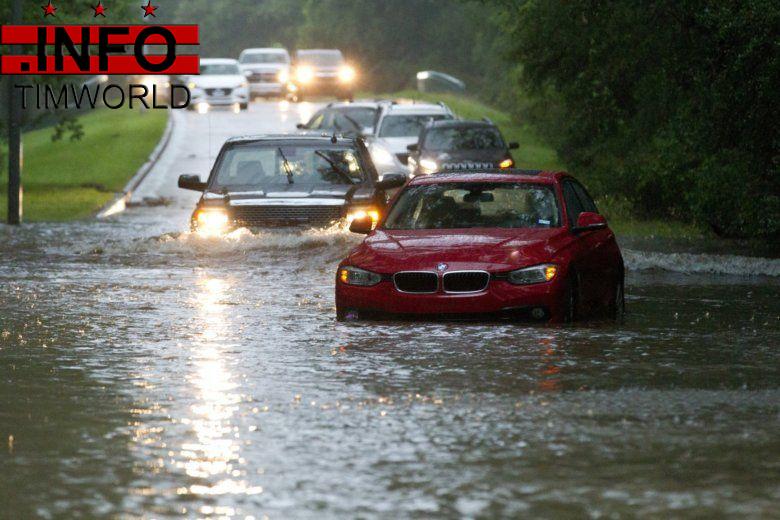 Nearly 10 inches (254 millimeters) of rain had fallen on areas around Houston by Tuesday night, with waters rising above the axles of cars and up to the hips of firefighters who worked to evacuate homes and rescue people from vehicles on impassable roads.

Flash flood warnings were issued across multiple counties and the National Weather Service warned that storms could continue to deluge areas along the state’s Gulf Coast with rain later into the week.

The storms soaked part of Texas that have been repeatedly hit by flooding in recent years. Hurricane Harvey, which made landfall as a Category 4 storm on Aug. 25, 2017, killed 68 people and caused an estimated $125 billion in damage in Texas. In the Houston area, Harvey caused 36 deaths and flooded more than 150,000 homes.

The rain this week coincides with the trial in a major case to determine whether resident are entitled to compensation from the federal government after their homes and businesses were flooded by two federally-owned reservoirs during Harvey.