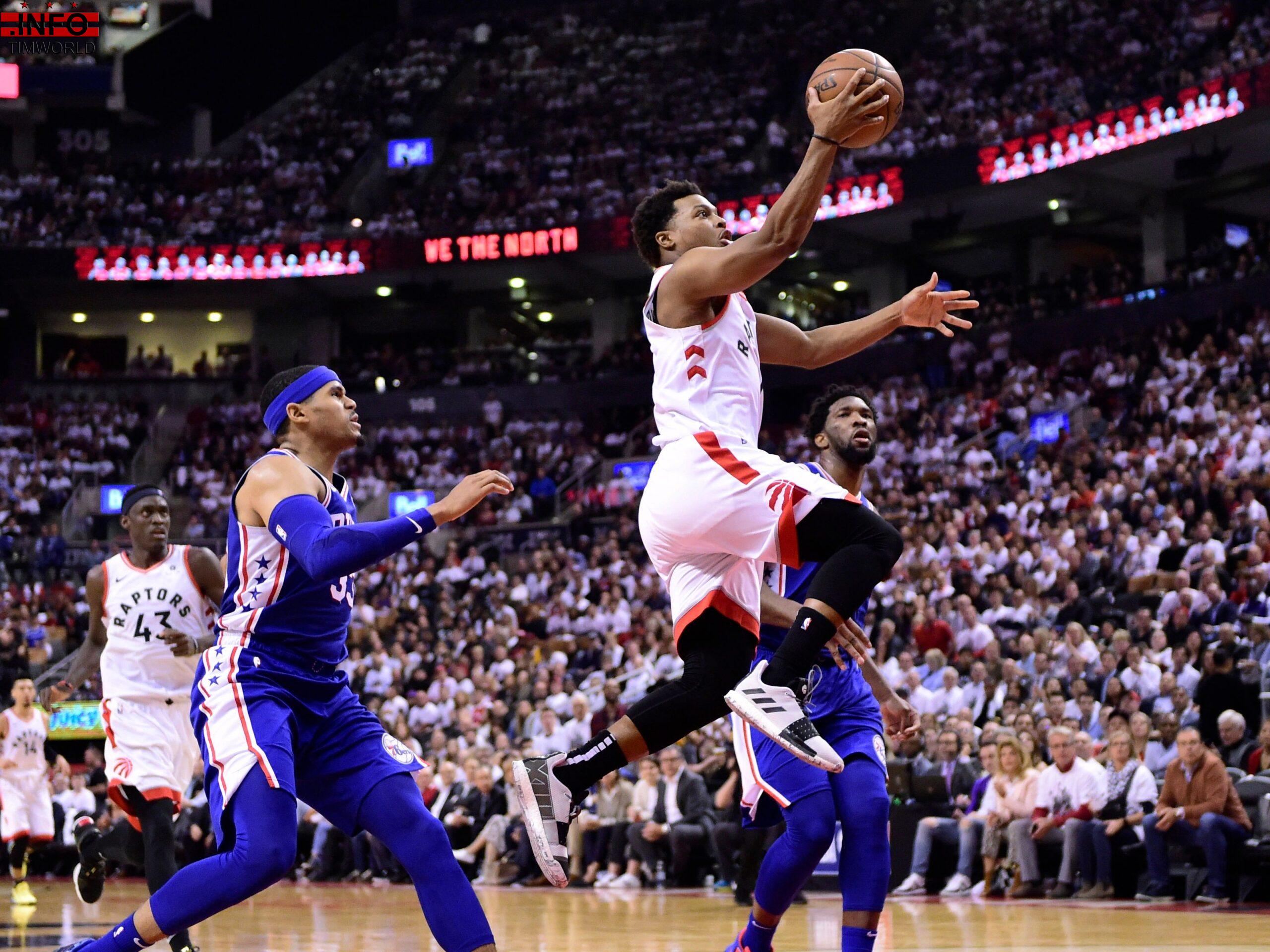 TORONTO — The Toronto Raptors came up with a new load management plan for Kawhi Leonard. It was to make sure their star forward didn’t have to shoulder the entire offensive burden.

Leonard had 21 points and 13 rebounds, Pascal Siakam scored 25 points and the Raptors used a balanced attack and a huge second quarter to rout the Philadelphia 76ers 125-89 Tuesday night and take a 3-2 lead in their Eastern Conference semifinal series.

Toronto can advance to the Eastern Conference finals for the second time in four seasons with a victory in Game 6 at Philadelphia on Thursday night. The Raptors lost in six games to Cleveland in the East finals in 2016.

If the 76ers can extend the series to a seventh game, it would be played in Toronto on Sunday night.

Leonard, who had scored 33 or more points in each of the first four games of the series, shot 7 for 16 from the field and 7 for 8 at the line before checking out with 7:22 to play and Toronto up 103-73. He had four assists and two steals.

“Tonight was one of those games where we let him rest a little bit, which is important,” Raptors guard Kyle Lowry said. “He had a big double-double, but he didn’t have to do everything offensively.”

Kyle Lowry (7), driving basket against the 76ers during the second half, scored 19 points in Game 5 in Toronto. (Photo: Frank Gunn, AP)

The 36-point margin was the largest in Toronto’s postseason history, and marked Philadelphia’s worst playoff defeat since a 40-point loss to Boston in Game 1 of the 1982 Eastern Conference finals.

“The spirit, I thought, went away a little bit quicker than I’d wished,” Brown said.

“The second period is where it got away from us,” Brown said. “I give Toronto credit, we didn’t have the answers for a few of their players and it snowballed.”

Ahead 92-70 at the start of the fourth, Toronto extended its lead to a game-high 40 points on a dunk by Normal Powell with 2:24 remaining.

The Raptors shot 16 for 40 from 3-point range, setting a franchise record for 3-pointers in a postseason game. They hadn’t made more than 10 in the four previous games this series.

Jimmy Butler scored 22 points and Tobias Harris had 15 for the 76ers, who have lost two straight after winning the previous two.

Joel Embiid scored 13 points and had eight turnovers. Embiid started despite missing the morning shoot-around because of flu-like symptoms.

“Offensively there was a rhythm to his game that was clearly out of synch,” Brown said. “He’s been in bed for two days.”

“I know I’ve got to do a better job for us to win,” Embiid said.

NUGGETS COACH ON SCHOOL SHOOTING: ‘This is an epidemic’

Ibaka needed three stitches to close a cut on his forehead after he was inadvertently elbowed by Leonard in the opening quarter. Ibaka returned to start the second and, despite a visible bump on his head, soon scored his first points by blowing past Embiid for a dunk.

Serge Ibaka heads to locker room with apparent cut on his forehead pic.twitter.com/Mag8RehYZW

Green scored nine points in the second, making three of Toronto’s four 3-pointers. Toronto shot 12 for 21 in the second while Philadelphia shot 6 for 20.

Leonard, who missed six of his first eight shots, punctuated Toronto’s decisive second quarter with a powerful one-handed slam, driving into the paint from near center court and splitting a pair of defenders to throw it down with 2.6 seconds left.

“That was pretty impressive,” Siakam said. “Plays like that always give us energy.”

Raptors: Leonard had 13 points and 10 rebounds at halftime. … F OG Anunoby (appendectomy) joined his teammates on the bench for the first time since undergoing emergency surgery two days before the start of the playoffs. … Toronto shot 29 for 33 from the foul line.

As Embiid headed to the bench in the fourth, fans behind the Raptors’ bench mocked the 76ers big man by mimicking the airplane celebration he showed off after a big dunk in Game 3.

“I didn’t notice, I just saw them shake their bodies,” Embiid said. “But good for them.”

While walking off the court after the game, Embiid paused to tell rapper Drake, Toronto’s Global Ambassador, that the 76ers would be back for Game 7.

The 76ers had 19 turnovers, leading to 31 points for Toronto.

“That is haunting,” Brown said. “You cannot win with those types of numbers.”

Game 6 in the series in Philadelphia, on Thursday.