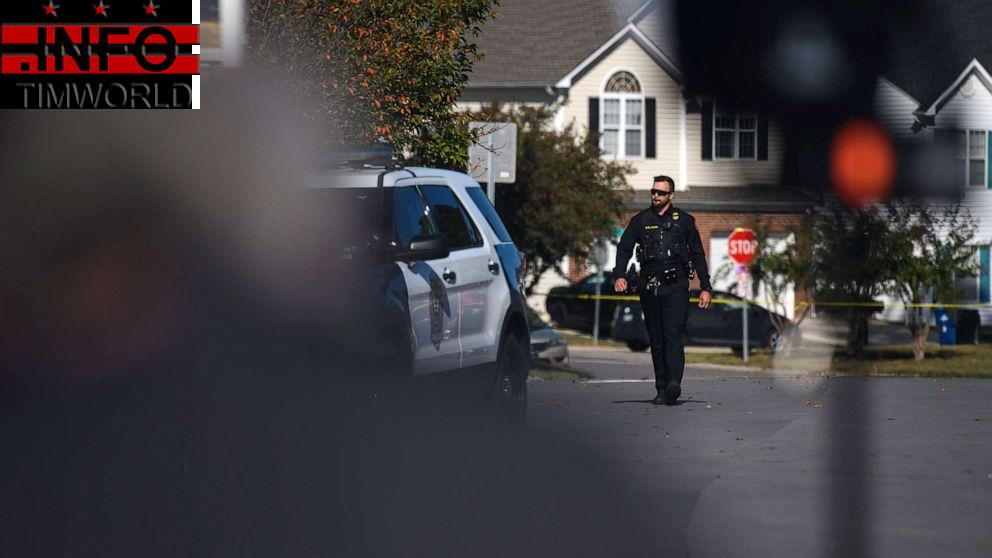 The motive remains unknown for the mass shooting along a Raleigh, North Carolina, nature trail that killed five people and injured two others even as police released a five-day report on the incident Thursday.

The suspect, 15-year-old Austin Thompson, was critically injured in the Oct. 13 shooting. Raleigh police have not said if the suspect was shot by officers or himself.

The suspect’s 16-year-old brother, James Thompson, was among those killed, according to the Thompson family.

A police officer walks along Castle Pines Drive in the Hedingham neighborhood of Raleigh, N.C., Oct. 14, 2022, where 5 people were shot and killed.Melissa Sue Gerrits/Getty Images

MORE: Raleigh mass shooting: What we know about the victims

James Thompson was shot before the other victims, Raleigh police said in a new statement Thursday. The teen was found in a house with a gunshot wound and stab wounds, police said.

Raleigh police said there’s no apparent connection between the slain victims “other than they lived in the same neighborhood.” The other victims were identified as Susan Karnatz, 49, who was on a run; Gabriel Torres, 29, an off-duty police officer headed to work; Mary Marshall, 34, who was walking her dog; and Nicole Connors, 52, who was on a front porch with her dog.

People set up a memorial table with images of the shooting victims for a vigil in the Hedingham neighborhood, Oct. 15, 2022, in Raleigh, N.C.Melissa Sue Gerrits/Getty Images

Connors’ dog was also shot and killed, according to police.

Marcille Gardner, who was shot in a driveway, remains in the hospital in critical but stable condition, police said Thursday.

Flowers lay at the entrance of the Hedingham neighborhood, Oct. 14, 2022, in Raleigh, N.C., after a shooting left five dead.Melissa Sue Gerrits/Getty Images

The police department said that it’s “limited in how much information” it can release “due to both the suspect’s age and the ongoing criminal investigation.”

Police did say that at one point the suspect fired at police, injuring officer Casey Clark, and the authorities returned fire. When the teen was taken into custody, he was wearing camouflage clothing and had a shotgun, handgun, ammunition and knives, according to police.

The Thompson family said in a statement Tuesday, “We are overcome with grief for the innocent lives lost … and we pray for everyone who was traumatized by these senseless acts of violence,”

“We have so many unanswered questions,” the family said. “There were never any indications or warning signs that Austin was capable of doing anything like this.”