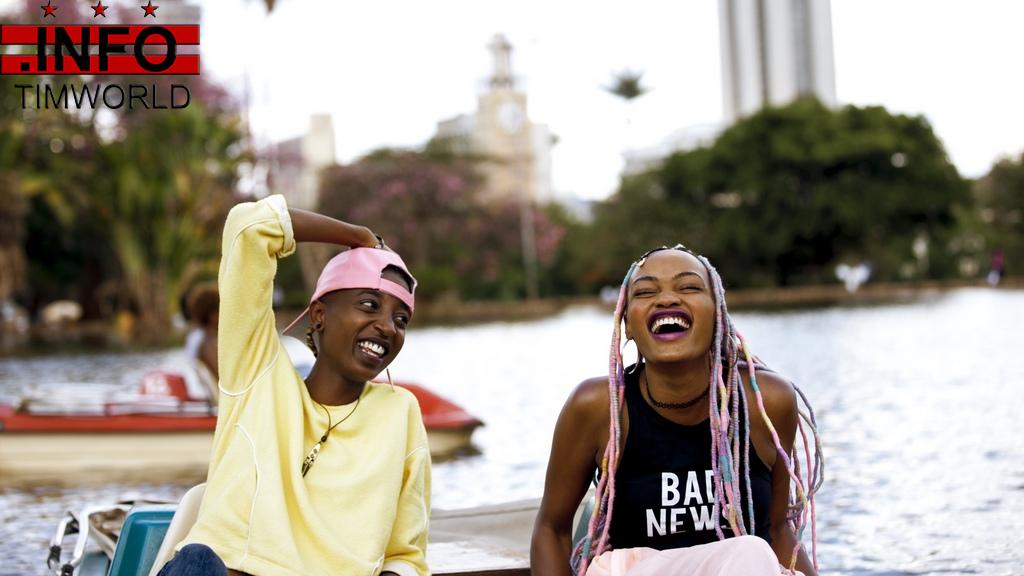 Part of the human journey is to search for something real. Oprah often calls it “being your authentic self.” If you are lucky you have the strength, time and privilege to seek it out. And lucky for us some filmmakers can capture that desire on screen.

“Rafiki” a film by Wanuri Kahiu based on a short story by Monica Arac de Nyeko, makes its way to the District playing at 8:45 p.m. Friday and 8:30 p.m. May 2 at Landmark’s E Street Cinema during the Washington DC International Film Festival (Filmfest DC) running through May 5th.

“Rafiki,” a new film by Wanuri Kahiu set in Nairobi, Kenya, is a story about, young Black, queer love and is featured in this year’s Filmfest DC. (Courtesy Photo)

Set in in picturesque, Nairobi, the film is a powerful story about being who you are no matter the consequences. Makena or Kena for short, as played by Samantha Mugatsia, is a smart young girl balancing the line of adolescence and adulthood. She seems to know her place in life and is on track to be a nurse. She has a best friend, Blacksta, and a loving father and mother, who are divorced, but love her fiercely.

When she meets Ziki, a young woman, literally from the other side of the tracks, her life is thrown into chaos, in the best of ways and the worst. Ziki, played by Sheila Munyiva, comes from a rich political family and thus sees the world in a much larger sense. Right away she challenges everything Kena thinks about herself. They challenge each other. Is it any doubt they fall in love? But love has consequences, and the two young women are not just on opposing social economic scales, they are also daughters to riviling politico fathers.

This ramps up the tension of their courtship as everybody, and I mean everybody is watching their every move. Though set in the beautiful landscape of Kenya, the film could just as easily be happening right in Southeast, D.C. Ziki and Kena have the swagger and style of many Black women in D.C. Their look is international and local at the same time.

The rhetoric of homophobia and the fury of religion thrust on Black queer people is real and visceral throughout the film. There are scenes in the church that are very common in places of worship today.

Kahiu shows how at times Kena and Ziki are able to blend into their Blackness, while others are all out on site because people identify them as queer. In one scene the couple watch as Kena’s friends bully a young man who they know to be gay. They throw the “F” bomb queer epithet at him, and push him around.

Unlike other queer coming of age stories, this one is careful and accurate with actual depictions of intimacy. The film is not shy or exploitive of these moments. They only enhance the story. And unlike recent Americanized tales of queerness like “Love, Simon,” there are no easy answers.

It should be noted that “Rafiki,” which is Swahili for “Friend” is the first Kenyan feature film to be invited to Cannes Film Festival 2018 as part of the official, “Un Certain Regard” selection. It should also be noted that the film experienced a backlash during its premiere last year, being banned by the Kenyan Film Classification Board by its head Ezekiel Mutua, who said in a statement:  “‘Rafiki’ contains homosexual scenes that are against the law, the culture and the moral values of the Kenyan people. The film seeks to  overtly promote lesbianism.” The film has since been a critical hit and gone on to win several awards.

For more information about the film, please go to the “Rafiki” film official website. To learn more about Filmfest DC and a full roster of events please go to www.filmfestdc.com. To view the trailer please go to: https://youtu.be/7M_-ucSaFpU

My Take: For Jack Evans, the fall is much faster than the rise
Kartarpur inauguration: PM Imran, CM Amarinder Singh discussed family ties
Unexpected Discovery of Star Cluster With Extreme Composition on Outskirts of the Nearby Andromeda Galaxy