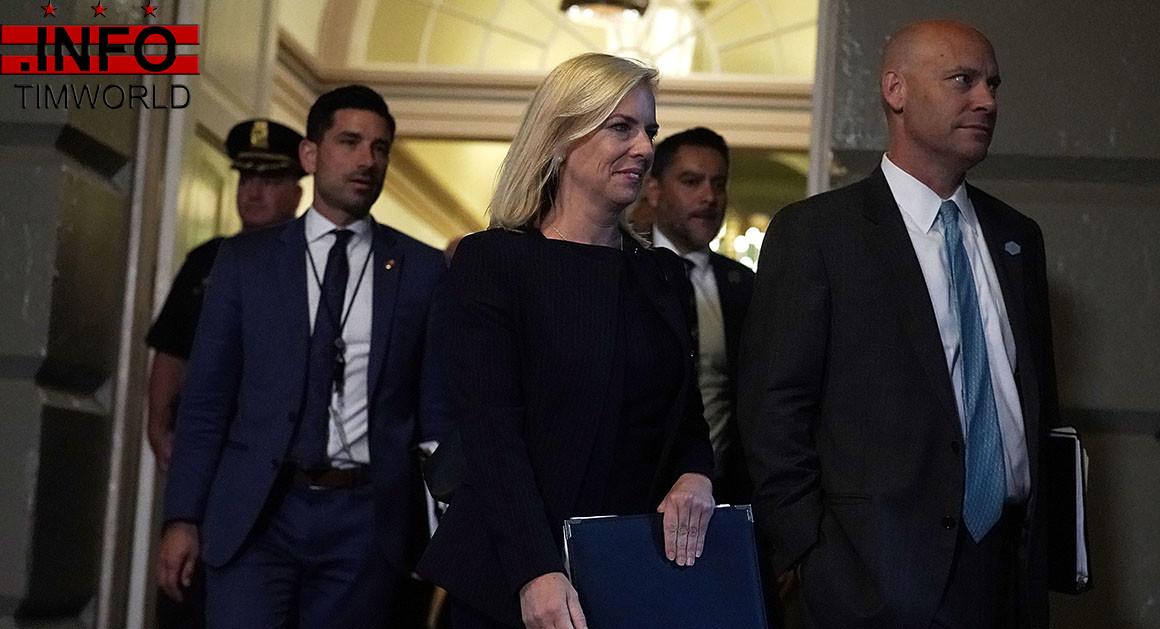 Homeland Security Secretary Kirstjen Nielsen’s plan for a quiet dinner at one of Washington’s upscale Mexican restaurants was foiled by a group of protesters who chanted and berated her until she left.

Nielsen, who has become the face of the Trump administration’s practice of separating children from parents who take them across the U.S. border illegally, was eating Tuesday evening at MXDC Cocina Mexicana when a group of 10 to 15 protesters entered the restaurant, The Washington Post reported.

The group, whose protest was streamed live on the Facebook page of the Metro D.C. Democratic Socialists of America, chanted “shame!” and “end family separation!” at the homeland security secretary as she sat quietly without acknowledging the group.

“How dare you spend your evening here eating dinner as you’re complicit in the separation and deportation of over 10,000 children separated from their parents?” one protester yelled. “How can you enjoy a Mexican dinner as you’re deporting and imprisoning tens of thousands of people who come here seeking asylum in the United States? We call on you to end family separation and abolish ICE!”

A handful of other diners in the restaurant clapped along with the protesters, who remained inside for 10 to 15 minutes until Nielsen paid her check and left, escorted by her Secret Service detail.

While the protesters and other diners were happy to share their displeasure with Nielsen, President Donald Trump hours earlier had expressed his satisfaction with his homeland security secretary and her performance Monday at a contentious news conference where she defended the administration’s family separation policy.

“Homeland Security @SecNielsen did a fabulous job yesterday at the press conference explaining security at the border and for our country, while at the same time recommending changes to obsolete & nasty laws, which force family separation,” the president wrote online. “We want ‘heart’ and security in America!”

A Department of Homeland Security spokesman described the protesters who met Nielsen at the downtown Washington restaurant as sharing “her concern with our current immigration laws” and encouraged them to contact their members of Congress.

“While having a work dinner tonight,” the spokesman said, “the secretary and her staff heard from a small group of protesters who share her concern with our current immigration laws that have created a crisis on our southern border. The secretary encourages all — including this group — who want to see an immigration system that works, that contributes to our economy, that protects our security, and that reflects our values to reach out to members of Congress and seek their support to close the terrible immigration loopholes that have made our system a mess.”