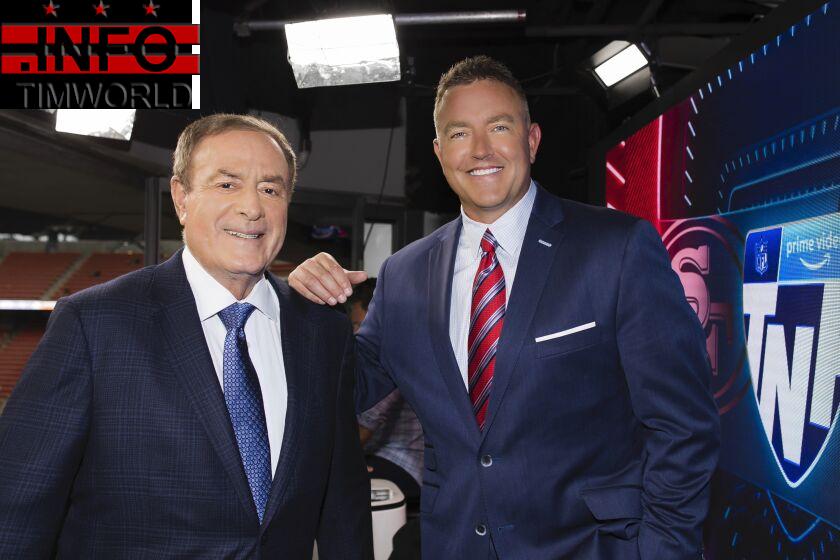 Amazon is making good on its promise to bring younger viewers to the NFL.

Prime Video is carrying “Thursday Night Football,” the first time an NFL package of games has been exclusively available on a streaming platform. While younger viewers have flocked to streaming for video entertainment, most NFL games are on traditional TV, where they still draw massive audiences that tower over those for other programming.

But the trend away from pay TV subscriptions — which pay for much of the $9 billion a year networks will shell out to the NFL in new media rights deals — is continuing.

According to a new report from MoffettNathanson, pay TV households declined 6.1% in the third quarter of 2022. The report also said 42% of homes that stream video don’t have a pay TV subscription.

As the traditional TV audience continues to get older and smaller, sports leagues are expected to continue more contests on streaming platforms to replenish their fan bases. The early numbers for “Thursday Night Football” demonstrate why.

Through four weeks, “Thursday Night Football” is averaging 11.26 million viewers overall, up 11% compared to the comparable period last year when the games aired across Fox, the NFL Network and Prime Video.

The increases are much higher in the younger demographic groups coveted by advertisers who buy commercial time on “Thursday Night Football.” In the 18-to-34 age group, the games are averaging 2.6 million viewers, up 67% compared to last year.

Viewers aged 18 to 34 account for 24% of the “Thursday Night Football” audience, compared to 14% of the NFL’s TV audience.

The median age of the “Thursday Night Football” streaming viewer is 46, eight years younger than the average age of NFL fans watching games on television.

“It’s not surprising, but at the same time we’re ecstatic,” Jay Marine, global head of sports for Prime Video, said about the early ratings. “This was a big reason the NFL chose us as a partner. If you’re a sports league, younger viewers are your future.”

(The Nielsen ratings for “Thursday Night Football” include the audiences who watch on broadcast TV in the markets of the two teams playing. The national ads on those games are the same as those on the Amazon stream.)

While the delivery system of the games may be new to many fans, the viewing experience aligns with the way sports have long been watched. Marine said more than half of the Prime Video audience is watching on an internet-connected TV set instead of a tablet, phone or laptop.

“The TV is really where people want to sit down and watch big premium sports,” Marine said. “People think streaming means you have to watch on a small phone. We’re way past that.”

Marine acknowledged that the data on younger audiences will be “very helpful” to Prime Video going forward as it pursues other sports media rights that become available.

“All the leagues have noticed,” Marine said. “The response has been very positive.”

The next NFL property up for grabs is the Sunday Ticket package, which offers out-of-market telecasts to viewers with a subscription. DirecTV is giving up the package, and both Amazon and Apple are considered contenders to pick it up.

Marine attributes the post-game shows’ performance to the analysts Richard Sherman, Ryan Fitzpatrick and former Los Angeles Rams tackle Andrew Whitworth, all of whom are fresh off of their NFL playing careers.

Prime Video has provided a mix of newbies and veterans on its telecasts. Veterans Al Michaels and Kirk Herbstreit handle the play-by-play telecast. Tony Gonzalez, a former NFL star and analyst for Fox Sports, sits alongside Sherman and Fitzpatrick for the pre- and post-game shows.