Pope to list nuclear weapons as immoral in Catholic manual 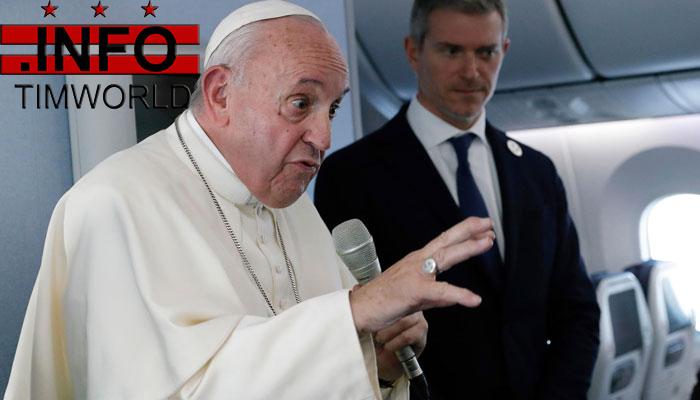 Aboard the Papal Plane: Pope Francis announced on Tuesday he would declare the use and possession of nuclear weapons “immoral” in the Catholic Church´s official manual, after visiting the Japanese cities of Hiroshima and Nagasaki where atomic bombs were dropped during World War II.

The cities are the only areas to have been targeted by nuclear weapons, the 1945 attacks by the United States killing 224,000 people.

The catechism is the church´s official instruction book, which summarises the principles of the faith.

“I have said that the use of nuclear weapons is immoral,” the pontiff told reporters during his flight back to Rome.

“This must go into the catechism of the Catholic Church, not just use but also possession,” he said, adding that “a government´s madness can destroy humanity”.

In 2018, Pope Francis added a categorical opposition to the death penalty to the document.

Francis criticised international organisations such as the United Nations Security Council for not taking decisive action to reduce arms or avoid wars.

He also blamed “the hypocrisy of those who produce weapons”, referring to Christian countries in Europe.

“They talk peace and they live for weapons, it´s called hypocrisy,” he said.

“A nation must have the courage to say, I cannot speak of peace because my economy is gaining a lot with weapons manufacturing.”

On the subject of nuclear energy, he stopped short of calling for a complete phase-out but said he believed its use came with risks.

Francis has long hankered after a trip to Japan ever since he was a young missionary.

The pope also reiterated his dream of travelling to China, saying he loves the country and would like to go to Beijing.