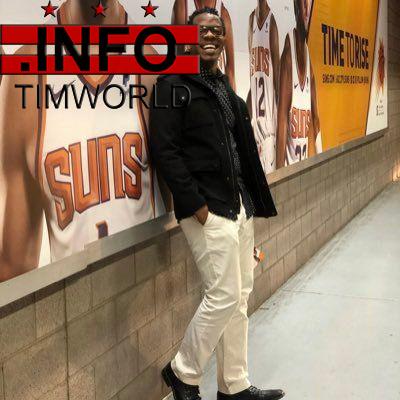 Every now and then a Phoenix Suns player buys a few hundred tickets to distribute to Phoenix Mercury fans for a WNBA playoff game.

It’s a wonderful gesture, but not quite big enough for Christopher Owens, aka spoken-word artist Truth B. Told, who recently purchased the entire 7,000-seat upper level at Talking Stick Resort Arena for the Mercury season opener on May 31.

He is selling the tickets at a discount for $2-$5 through his company Culture Phx with a goal of having a sold-out arena for a nationally televised game against Las Vegas.

“I was always raised to believe if your dreams don’t scare the (expletive) out of you, they’re not big enough,” Owens says. “When I had this dream, my heart skipped a couple of beats. I’m literally dedicating this month to selling these tickets. If I do, it’s going to be something memorable.”

The Mercury have been among the WNBA attendance leaders since their inception but only once have they completely sold out a home game. The inaugural regular-season finale in 1997 drew 17,747 for a game against Los Angeles that had everything including Mercury coach Cheryl Miller passing out after an overtime win and a near fight between the Sparks’ 6-foot-5 center Lisa Leslie and the Mercury’s 5-foot-9 guard Bridget Pettis.

”The way I’m feeling now, this is the biggest high of my sports career,” Miller said after being revived with intravenous fluids.

Want news from USA TODAY on WhatsApp?  Click this link on your mobile device to get started

Owens didn’t live in Arizona then — he made the move in summer 2013 — but has been here long enough to wonder why the Mercury don’t draw more than their historical average of just over 9,000.

The Mercury have won three WNBA titles, most recently in 2014, and have reached the playoff semifinals in six consecutive seasons. Owens, 39, said he would put the Mercury’s rabid “X-Factor” fan base “up against any NBA team” but believes it should be even larger.

“I first got into women’s sports with Tennessee and Connecticut (college basketball), and I’ve been hooked ever since,” he said. “I’ve never understood the disparity (vs. men’s basketball attendance), but the tide seems to be turning. I want Phoenix to give the Mercury the sellout they deserve.”

Owens is seeking sponsors to buy 50-ticket packages, at a bargain of $100, so 50 girls basketball teams and their families can attend. He also is selling single tickets for $5 and a 3-ticket package for $10.

No but the link from my tweet in the expired (my bad!). Updated links for tickets/donations:

Owens said he was able to purchase the tickets at a discounted rate because the upper level for Mercury games is rarely used. He hopes to break even or even make a profit and perhaps repeat the promotion for the regular-season finale on Sept. 8, which is also against Las Vegas. He is donating 15% of whatever he makes to School of HipHop PHX.

“I’m trying to make an event where me and 7,000 of my best friends can come out,” Owens said in a video promoting his latest cause. Last November, Culture PHX put on an Artists Against Cancer benefit basketball game at Talking Stick Resort Arena.