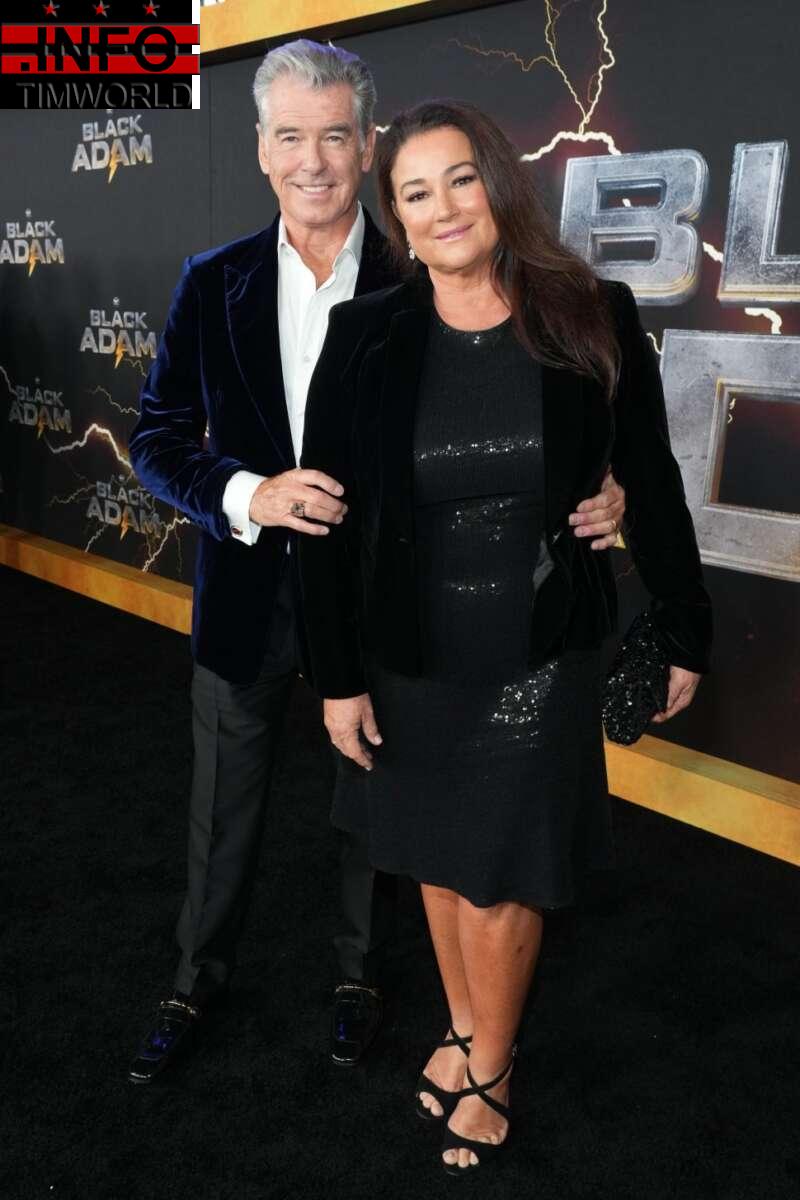 At the film’s New York City premiere on Wednesday, the 69-year-old actor, who plays superhero and sorcerer Dr. Fate in the DC universe, revealed that he wore his actual wedding ring and another accessory gifted to him by Smith while filming Black Adam.

“This is our wedding ring and this is a watch that Keely bought me many years ago with an inscription that [reads], ‘Time flies on love’s wings,'” Brosnan shared with ET’s Rachel Smith. “I decided to wear it for this character. It seemed appropriate.”

He added of Dr. Fate, “The man [has] traversed the ages of time. He’s one of the most powerful sorcerers in the DC comic book world. He did have a wife called Enza, and she was even more powerful than him I hear.”

Smith was thrilled over her special tribute, telling ET, “I love those emblems, that he took those with him into the superpower, superhero realm.”

As for who might be playing Enza in future films, Brosnan insisted that he has “no idea.”

When it comes to his real-life romance, Brosnan and 59-year-old Smith first met in 1994 in Mexico, and were married in 2001 at Ballintubber Abbey in Ireland. They have two sons together, 25-year-old Dylan and 21-year-old Paris.

Two decades later, they’re still a dynamic duo, which was evident when they hit the red carpet on Wednesday night.