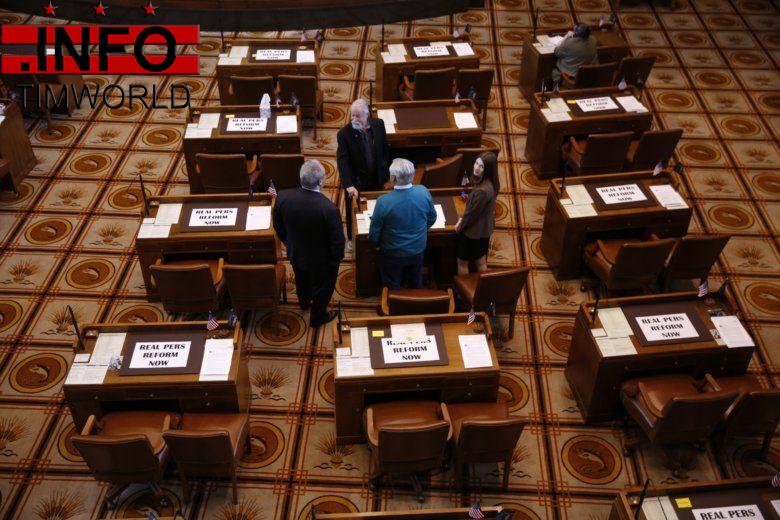 SALEM, Ore. (AP) — Republicans in the Oregon Senate were a no show for a $1 billion education tax vote, bringing the chamber to a halt the day before teachers across the state were to stage a walkout to protest funding levels for schools.

All 12 Republicans were missing Tuesday, denying the Senate a quorum. That means there weren’t enough people to formally move ahead with a vote.

Oregon schools are unusually dependent on state funds after voters moved to change the school funding formula in the 1990s in an effort to limit property taxes. Since then, lawmakers have struggled to find an adequate source of revenue to keep up with rising costs.

A Democratic supermajority was poised to approve $1 billion per year in additional funding for schools, which plans to raise revenue through a half a percent tax on some of Oregon’s wealthiest businesses.

The vote was slated just a day before teachers, who have been vocal advocates of the funding package, are set to walkout over what they say has been decades of disinvestment in Oregon schools. John Larson, president of the Oregon Education Association, said Republicans’ behavior goes straight to the heart of why teachers are protesting.

“It just mystifies me that adults just can’t sit in a room and do what’s right for kids,” he said. This is why educators need to stand together and tell them to get back to work.”

Republicans walked out to protest the tax plan, which would raise the prices of consumer goods without fixing the education system. They also maintain they would not support any funding package that doesn’t address the state’s pension debt, which has soared past $25 billion. Teachers are just some of the employees covered by the state retirement system, known as PERS, and school districts have struggled to keep up with rising rates.

Senate Minority Leader Herman Baertchiger said in a statement Republicans skipped out on the Tuesday vote “because it is the only tool we have to draw attention to the injustices of this legislation on Oregon voters and businesses.”

Baertchiger is pushing for the bill to be sent back to committee, which is unlikely. Republicans have been meeting with Senate leadership but it’s unclear if conservatives will show up when the Senate reconvenes Wednesday morning, according to a spokesperson for Senate Republicans.

“When the people send you here to serve, I think you ought to show up for work,” said Burdick, from Portland. “When we don’t have a quorum, none of the work we were sent here to do can get done, at a significant cost to Oregon’s taxpayers.”

Larson, who also teaches 11th grade English in eastern Oregon, said that the funding package would allow teachers to start making up for years of funding cuts that have forced districts to lay off staff and slash extracurriculars. He said that the funding problem is one of the main reasons Oregon suffers from the highest class sizes and lowest graduation rates in the nation.

“Our students deserve better and I’m proud that we have such dedicated educators that will stand by them and fight for them,” said Larson, “Our legislators should be supporting them, too, but unfortunately many are not.”