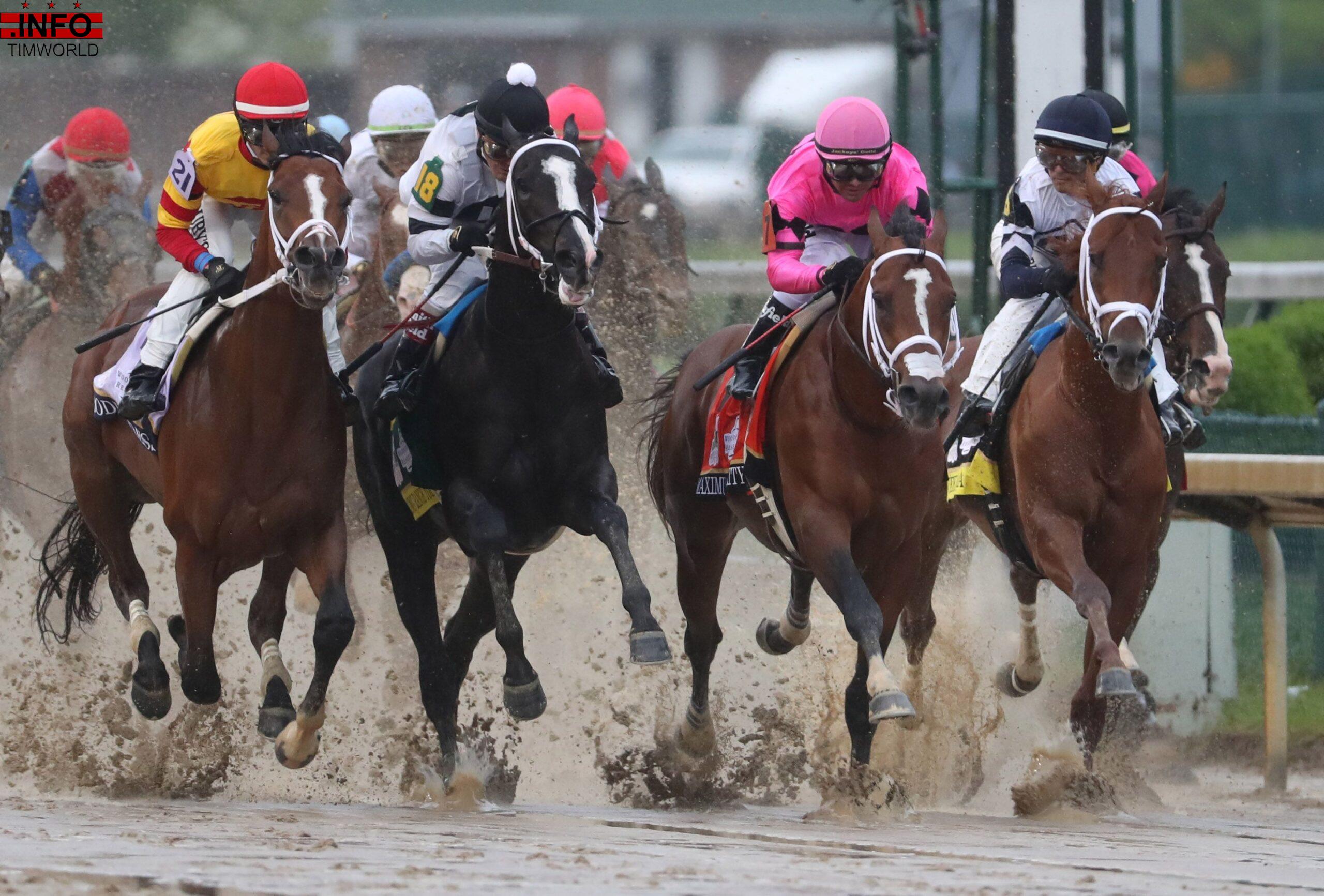 Four days removed from the controversial decision to disqualify a Kentucky Derby winner for the first time in history over an infraction during the race, the Sport of Kings is suddenly looking more like the Sport of Bickering Adolescents.

For about, oh, 16 hours, this looked like it might be one of those unfortunate situations where everyone expressed regret at the way it played out and moved on with their lives. Now, however, this looks like an all-out blame game that is almost certainly going to overshadow the Preakness in two weeks and probably the rest of the year in horse racing (if anyone’s actually paying attention).

Gary West, the owner of Maximum Security, has only grown more bellicose since Saturday amidst his quickly dismissed appeal to the Kentucky Horse Racing Commission  — blaming the stewards who made the decision, calling Churchill Downs a “greedy organization” for putting 20 horses in the field and then telling Fox News in an interview that the interference around the far turn that led to Maximum Security’s disqualification was caused by War of Will.

That brought out public rebukes from the War of Will team, including owner Gary Barber and trainer Mark Casse, who likened jockey Luis Saez’s ride on Maximum Security to “following a drunk driver.”

At this point, maybe we should give some credit to the horses themselves for staying above the fray.

Since emotions are only growing hotter without anyone’s opinion changing, it wouldn’t be a bad idea for everyone to just take a breath. Instead of fighting over what happened, perhaps the only good that can come of this mess would be trying to look forward for solutions to some big, obvious issues so we don’t have to wander down this path again.

Here are some suggestions:

1. Though it might have come off as sour grapes for West to call Churchill Downs a “greedy organization” during an interview Monday on “Today,” he has a point. There are too many horses allowed in the Kentucky Derby, and the really catastrophic thing that could have happened when Maximum Security’s legs nearly tangled with War of Will’s nearly happens in just about every Derby.

The field is just so big, and there are only so many places on the track for jockeys to guide their horses to get a decent position. That means every year, someone has to check up violently to prevent a major collision that would result in multiple horses going down and potential loss of horse and human life. Frankly, Churchill is lucky it hasn’t happened yet.

All other major American races have 14 horses. That’s plenty. Even now, with the Derby points system weeding out a few pretenders who used to be able to get in, there are always four or five who just flat-out don’t belong.

One possible twist: Why not cap the Derby field at 14 and take the next 14 horses in the points whose owners are willing to run, and put them in another 1 1/4-mile race on the Derby Day undercard for $1 million. The top three finishers could have their entry fee for the Preakness paid for as an automatic qualifier, of sorts.

‘DRUNK DRIVER’: War of Will trainer sounds off on Maximum Security

OPINION: Maximum Security was robbed at Kentucky Derby, yet another black eye in horse racing

Not only would this second race be major intrigue for bettors and fans, it would elevate the Preakness, because you’d have a two-week debate going about which horse was better running the same conditions on the same day.

2. As last Saturday demonstrated, horse racing has a clear need for stewards to be both more transparent and more accountable when making major decisions in big races.

Chief steward Barbara Borden coming into the media center after the last race at Churchill and reading a statement without answering any questions was an embarrassment for the entire sport. After making the biggest disqualification in the history of American racing, every stakeholder in horse racing should agree that being able to explain the process and the very specific elements of their decision in a public setting is the very least they could do.

And the fact that nobody could seem to figure out which jockeys claimed foul against Maximum Security at first, why the stewards didn’t initiate the inquiry themselves and why they wouldn’t agree to watch the race with West as he requested until this Thursday only created more confusion for the parties involved, not to mention people all over the country who bet on Maximum Security.

It also seemed like the dismissiveness of West’s appeal on  Monday — it was basically denied as soon as it was lodged — shows the need for horse racing to have some sort of formal process where the decisions of stewards can be reviewed. What’s the point of an appeal that isn’t an appeal?

3. The Triple Crown stakeholders need to figure out a way to bring back a bonus structure for horses that run in all three races. After the owner of Derby winner Spend a Buck skipped the Preakness in 1985 and opted instead to run in the Jersey Derby for a $2 million bonus attached to other races in New Jersey that year, a TV production company came up with a bonus system that incentivized running all three races, with $1 million for the highest points-getter and $5 million for the Triple Crown. That lasted from 1987 until 2005, when the bonus lost its sponsorship from Visa.

Increasingly, horses that don’t win the Derby are skipping the Preakness, as modern trainers don’t like to turn around and run again two weeks after a difficult race. But if there were a big multi-million dollar bonus attached, owners like West might have a tougher time pulling Maximum Security, who would have obviously been favored, out of the Preakness. And certainly trainer Bill Mott — who had already been skeptical of running in the Preakness when he officially withdrew Derby winner Country House from consideration on Tuesday due to an alleged cough — would have done everything possible to get his horse ready to run.

Konecny powers Flyers past Blackhawks 4-3 in Prague
Dallas Cowboys’ Randy Gregory airs out frustration with NFL on unresolved reinstatement case
Jets linebacker Avery Williamson out for the season with torn ACL, per reports