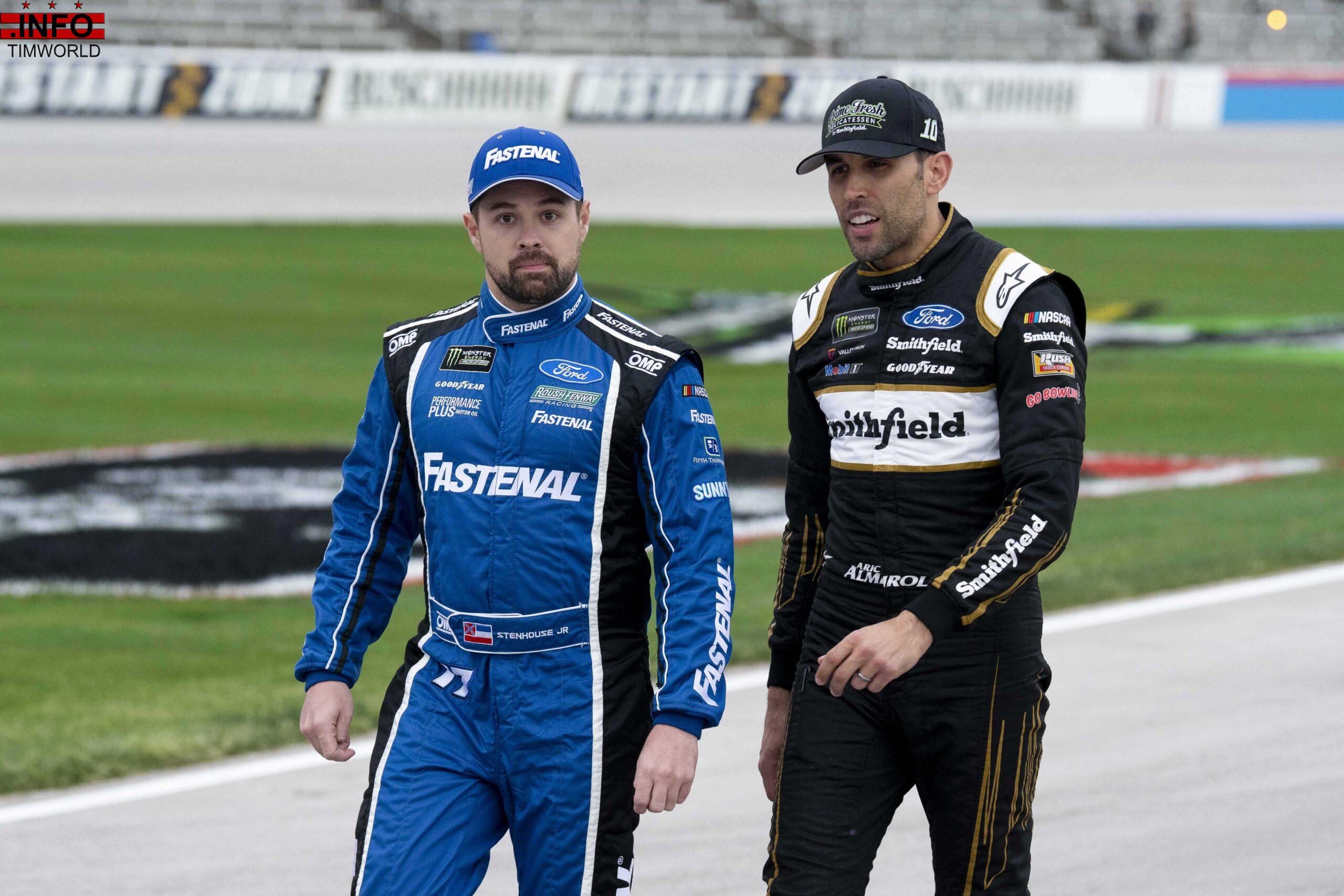 The Monster Energy NASCAR Cup Series has reached the halfway point of its regular season, and the first two years of its current points system would indicate not much will change when it comes to which drivers will earn playoff berths.

Since NASCAR went to awarding stage points in 2017, only one driver outside the 16-driver playoff cutoff at the midway mark has made it in. Erik Jones was on the outside looking in after 13 races in 2017 and qualified with a victory in the summer race at Daytona International Speedway.

Last year, no driver outside the cutoff made it. Stenhouse was tied for the final spot (he would have lost a tiebreaker) at this point a year ago and eventually missed the playoffs by 49 points.

Stenhouse, with a boost from a fifth-place finish Sunday at Charlotte Motor Speedway, finds himself almost in the same spot — he sits 19th but just eight points behind the current cutoff.

“We don’t really care what position you’re in — when you’re out, you’re out,” Stenhouse said. “We just try and close that gap to 16th every week. That gap can change depending on who the driver it is. We look at that, we know it’s going to be tough, but if we have speed, it’s doable.

“Last year, we did not have that speed, so it was not doable for us.”

Ricky Stenhouse Jr., left, has some work to do to boost himself into the top 16 in points before the playoffs, while Aric Almirola, right, (right) rests inside the playoff bubble but needs to maintain his pace. (Photo: Jerome Miron, USA TODAY Sports)

The 16-driver NASCAR playoff field consists of the regular-season points champion and another 15 drivers based on number of wins with ties broken by points. Last year six spots went to winless drivers on points, while only three winless drivers earned bids by points in 2017.

Those winless and outside the bubble know the odds.

“It is what it is, right?” said Menard, who is 20th in the standings, 21 points behind the cutoff. “You just go out and do the best job you can. It’s a new year. We can make that (trend) change.”

Having missed the playoffs the last two years, Suarez is 13th in the overall standings, 25 points ahead of 17th-place Jones.

“I haven’t even looked at the championship standings in several weeks, but I will tell you that it’s way different,” Suarez said. “It’s a good feeling to know you’re in the playoffs (conversation) and in the top 16. We’ve been running good.”

Here’s a playoff outlook heading into the race Sunday at Pocono Raceway.

Qualified with a win

Six drivers have qualified with wins: Kyle Busch (three), Brad Keselowski (three), Martin Truex Jr. (three), Denny Hamlin (two), Joey Logano (one) and Chase Elliott (one). They must remain in the top 30 in the standings, and theoretically those with one win could be knocked out if there are 10 different winners over the next 13 races, but that would require several upsets.

These winless drivers are at least 90 points ahead of Jones: Kevin Harvick (169-point cushion) and Kurt Busch (+97). Only a collapse keeps them out.

Get the newsletter delivered to your inbox
We’re sorry, but something went wrong

Thank you! You’re almost signed up for

Keep an eye out for an email to confirm your newsletter registration.

Ryan Blaney is 10th in the standings but only 67 points ahead of the current cutoff. Alex Bowman (+64), Clint Bowyer (+61) and Aric Almirola (+51) are the others who, if they maintain their current pace, should be fine.

What, me worry? Yes

“I haven’t (looked),” Larson said about the standings. “I know I’m close and I know we have to be consistent and not have any bad races.”

Could rally with points

The main problem for these drivers: Do they gamble on a pit stop or fuel mileage to get track position to challenge for a win, but with the odds better of ending up with a worse finishing position and fewer points?

“That will happen sooner than later — and with this (aerodynamic) package, that’s the cool thing that something like that can happen (and work),” Stenhouse said. “It will be interesting to see who starts doing that and how quick they’re willing to just go for it.”