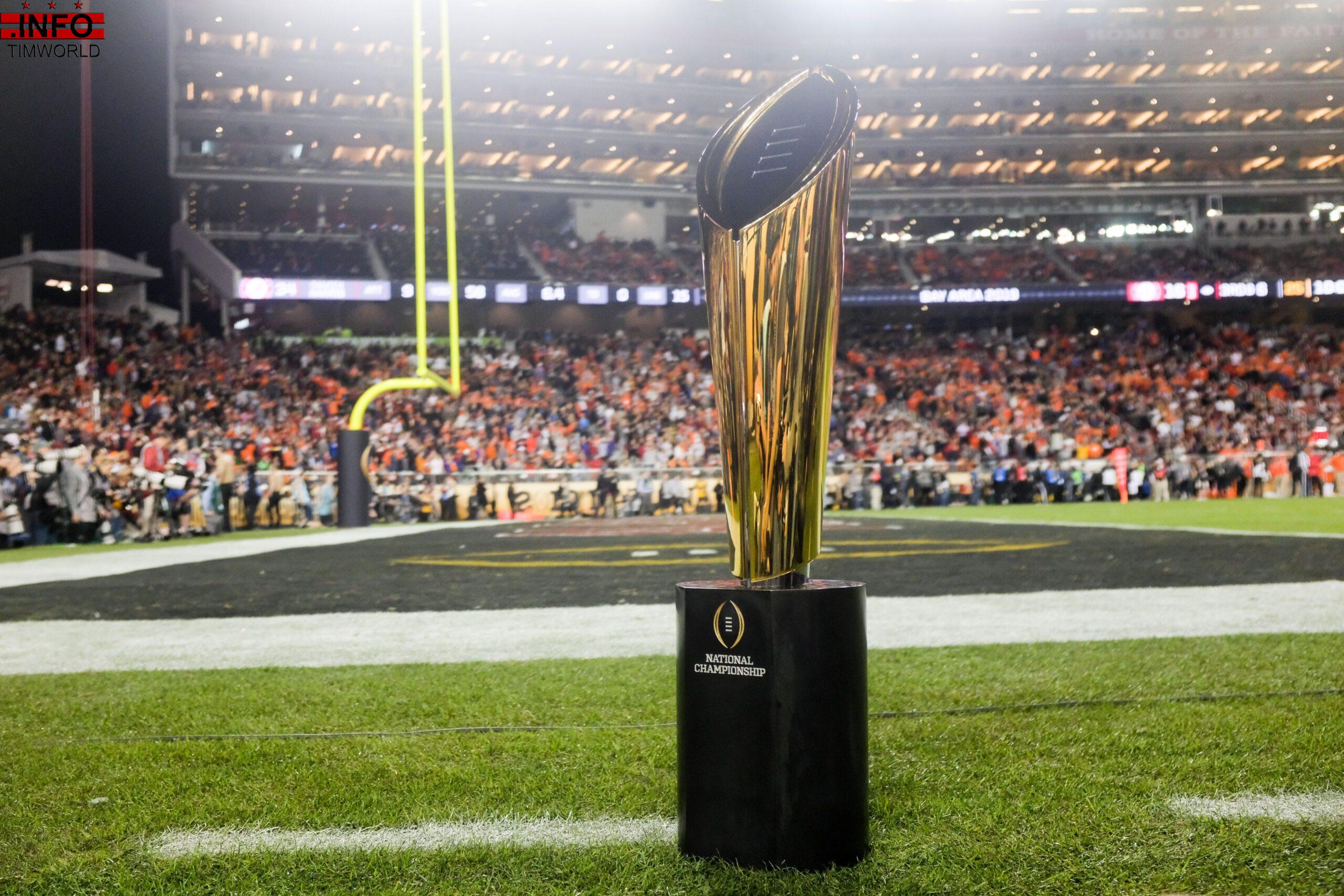 ESPN released its postseason schedule for college football on Thursday, and though it was already known that the College Football Playoff semifinals would be played on Saturday, Dec. 28, this coming season, it’s fairly striking to see the entire schedule laid out.

This year, ESPN/ABC will broadcast 18 bowl games before the semifinals. It will broadcast 15 bowls, not including the national championship game, over the nine days following.

This is like going to a restaurant and being served the main course and the dessert before the salad.

Sorry, but the order matters. And if the College Football Playoff semifinals are supposed to be the centerpiece of the sport, they should be the last games played every year — preferably on New Year’s Day, followed by the national championship nine or 10 days later.

But in two out of every three years in this playoff system, it won’t work that way because the CFP is set up to value the Rose Bowl, and to a lesser extent the Sugar Bowl, over and above anything else.

To be clear, this is not ESPN’s fault. ESPN didn’t pay $7.3 billion over 12 years for the Playoff with the idea that it would shove the two games it spends all year hyping into a random spot on the schedule – making ratings more difficult and sucking the wind out of the subsequent bowls.

It’s happened because the original concept of the Playoff was to put the semifinals on New Year’s Day when the Rose and Sugar were hosting them and on New Year’s Eve when the other four games — the Peach, Fiesta, Cotton and Orange bowls — came up in the rotation. CFP executive director Bill Hancock even boasted that the playoff would “change the paradigm of New Year’s Eve” and get people to stay home and watch football rather than go out and party.

But when that proved to be an utter failure, the CFP decided it couldn’t defy the Rose Bowl’s protected place at 5 p.m. Eastern on Jan. 1, so it moved the semifinals to the Saturday before New Year’s Day, where they would have a better shot of drawing viewers.

So now, instead of the college football postseason building to a crescendo the way it should, the semifinals are stuck right in the middle of the bowl calendar while the Outback Bowl gets a better time slot at 1 p.m. on New Year’s Day.

That the stakeholders in the CFP continue to allow this is mind-boggling, especially when there’s at least some evidence that it suppresses ratings for the semifinals. Last year, the semifinals on Dec. 29 drew 16.8 million and 19 million viewers on ESPN. The Rose Bowl, which included two non-playoff teams in Ohio State and Washington, nearly out-drew the playoff games. The only times the CFP semifinals have drawn more than 20 million viewers were in 2015 and 2018, when they were on New Year’s Day.

That doesn’t seem like a coincidence, even though some of the ratings for other games might have been suppressed by being blowouts.

In the end, I don’t particularly care about the ratings or how much money ESPN makes off advertising. But it’s interesting to look at them as a reflection of what we can all sense is the truth: The biggest games of the year that have a direct role in determining a championship should be on New Year’s Day, and it does a disservice to the entire postseason to put them somewhere in the middle and not at the end.

If the stakeholders of the CFP are going to allow the Rose and Sugar bowls to continue to hold their traditional time slots like a vise grip to the detriment of the entire sport, then just put the semifinals in those venues every year.

That would require the SEC and Big 12, which are the main stakeholders in the Sugar Bowl, to rework their contract and give up their traditional time slot. Trust us, nobody would know the difference.

But part of what college football needs to get over in order to build a postseason schedule that actually makes sense is this silly notion that putting too much focus on the Playoff devalues other bowl games. Newsflash: It’s already happened, and there’s no going back.

The Playoff is a year-round flashpoint for the sport, and there’s no reason to apologize for that. But even the other games would be in a better position as part of the build-up to the main event, rather than serving as the hangover after the casual fan has watched the semifinals and moved on.

Until that problem gets fixed, there’s no way college football can get the most out of its postseason.