On Cyclone-Shattered Island in Mozambique, Shock and Debris 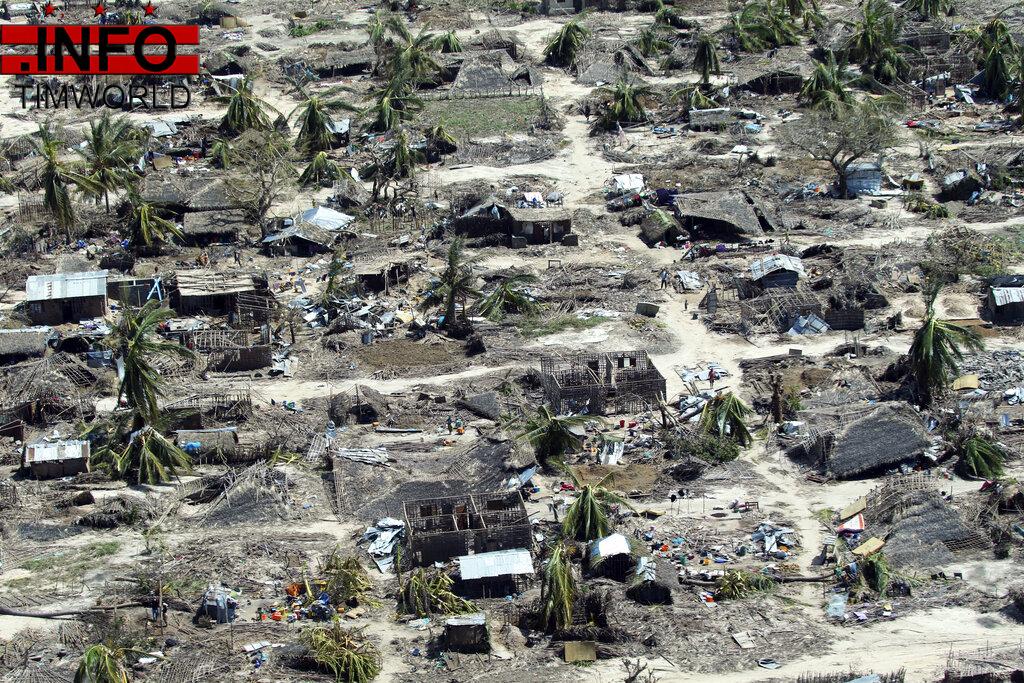 By Tsvangirayi Mukwazhi, The Associated Press

The aerial approach to the island showed communities flattened. The overwhelming majority of homes had their roofs peeled away. Contaminated wells have made safe drinking water an immediate health concern.

Mozambique’s government on the night of May 2 reported more than a dozen cases of cholera, a disease caused by contaminated food or water, elsewhere in Cabo Delgado province.

Kenneth, northern Mozambique’s first cyclone recorded in the modern age, hit on April 25 with the force of a Category 4 hurricane, killing at least 41 people. Thousands of residents are now trying to piece together shattered lives.

It took days for significant aid to reach Ibo as rain lashed the region. Fragile signs of recovery have emerged, but the challenges of finding shelter, food and medicine and rebuilding are immense. People are hungry.

Tourist guides had described the island’s scenery as “stunning” and “beautiful.” Ruins from centuries ago used to draw tourists to Ibo, which has a rich history dating back to the slavery trade. Now, even those ruins are gone.

Already beset by poverty, most residents have lost everything.

A family is seen outside their house which got damaged by Cyclone Kenneth in Ibo island north of Pemba city in Mozambique, May, 1, 2019. (AP Photo/Tsvangirayi Mukwazhi)

The desperation among the roughly 6,000 residents is palpable after days of incessant rains and nights of sleeping in the open or under makeshift shelters.

At the tiny, bumpy airstrip, children and adults waited eagerly to welcome the aircraft that have begun to bring supplies. Trucks soon made their way a few kilometers over a dusty road to the heart of the Island.

Palm trees have been uprooted, blocking roads and lying on destroyed houses. Many buildings of brick, wooden poles and mud have been razed to ground.

“We need help,” said Bonface Mulashe, who teaches French and has lived on the island for a decade.

An elderly woman, with the aid of a walking stick, passed by, awe-struck by the damage.

One family ate outside, surrounded by a makeshift shelter of metal sheets. Women, faces painted white as part of local tradition, picked through the rubble.

On Matemo island, the aid group Save the Children found similar devastation.

“The hospital, the mosque and the bank are the only buildings left standing,” Nick Finney, the response team leader, said in a statement. “Residents are in shock. When the cyclone hit, they had to crawl on the ground because if they stood up, they would be blown away.”

One mother tripped and crushed her 5-year-old child, Finney said. Three other bodies were reportedly washed away. Of the 4,000 or so residents of Matemo island, about 2,500 are now homeless.

Between Cyclone Kenneth and Cyclone Idai, which tore into central Mozambique last month and killed more than 600 people, international aid contributions “haven’t come close to meeting the urgent needs, and time is fast running out,” Finney said. “The world needs to act now.”