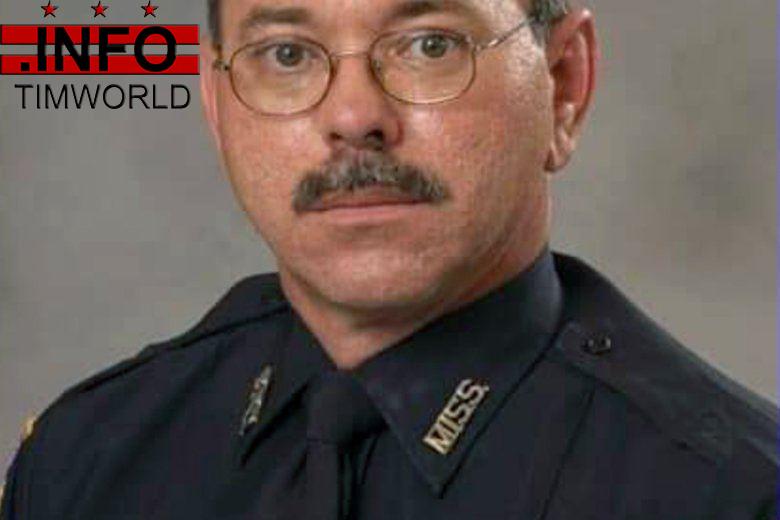 BILOXI, Miss. (AP) — Residents in a Mississippi Gulf Coast city continued on Tuesday to mourn the death of a longtime officer who authorities said was gunned down by a man whose mental health had, according to his mother, been sliding in recent months.

A local NAACP leader said the man had threatened to shoot his goddaughter in 2018 when both were high school students.

A public memorial service was held Tuesday evening for Biloxi Patrolman Robert McKeithen, who was shot to death in the parking lot outside the city’s police station Sunday night. Darian Tawan Atkinson, 19, is jailed without bail on capital murder charges. McKeithen, a Biloxi officer for 23 years, was shot multiple times. It remains unclear whether the 58-year-old was targeted or shot at random.

Gulfport Police spokesman Lt. Joshua Bromen said search warrants were being served Tuesday. He declined to say whether a gun had been found.

Atkinson’s mother, Pamela Broger, told The Associated Press that if her son shot McKeithen, it was because of mental health problems Broger said had developed in recent months.

“Darian went to Texas to work in August,” Broger said. “He came back two months later and he was a completely different person. I don’t know if something happened there because he wouldn’t talk to me. I don’t know if it was drugs.”

Broger said she had called police officers for assistance, but said officers told her they couldn’t do anything because Atkinson wasn’t hurting anyone.

“I’m not saying he didn’t do it,” Broger said. “But if he did, it was because he was suffering.”

She also denied that her older son, Davian Atkinson, had done anything to merit being arrested. The 21-year-old was booked into the Harrison County jail early Tuesday on an accessory charge alleging he aided his brother.

“He said, ‘I’m thinking about doing the same thing here and I’m going to start with you,’ ” Crowell said Tuesday.

He said that his goddaughter’s family reported the threat to Biloxi High School, but nothing happened until they demanded an investigation. Crowell held a news conference at the time, saying parents should have been notified. WXXV-TV reported then that the accused student, never named publicly, was suspended for three days.

“Even back then, he was threatening people,” Crowell said Tuesday. “I guess he went ahead and did it this time rather than just talk about it.”

At the police station where McKeithen was killed, mourners continued to deposit tributes on his police SUV, overflowing onto tables the city set up.

Patricia Underwood said she drove from Gulfport to pay her respects to a man who convinced her goddaughter to remain in high school. She said her goddaughter called her in tears Monday night.

“She just cried and cried,” Underwood said. She said her goddaughter was working at a Biloxi Waffle House two years ago and told McKeithen, a regular at the restaurant, that she was thinking of dropping out.

“He told her she didn’t need to get out of school; she needed to stay in and walk across that stage and graduate. And she did,” Underwood said.

She was joined by Linda Virgil, who retired from a Dillard’s department store where McKeithen did off-duty work as a security guard.

“He would stay later to walk us to our cars every night,” she said.

She said he loved to talk about his wife and the diamond rings he bought her, and about his children. “He helped everybody,” Virgil said.

Biloxi Police Capt. Milton Houseman said he was one of the officers who brought in Atkinson. Asked if he had any idea why Atkinson smiled as he was brought into the police department after his arrest 40 miles (65 kilometers) away in Wiggins, Houseman said, “I wouldn’t venture a guess as to what was in his mind.”

Atkinson’s first appearance in court could come as early as Wednesday, when a judge will consider bail and could appoint a lawyer. His brother Davian Atkinson is held on $500,000 bail.

State criminal records show no felony convictions for either Atkinson brother. Davian Atkinson was cited for speeding and other traffic offenses once in 2016 and once in 2017.