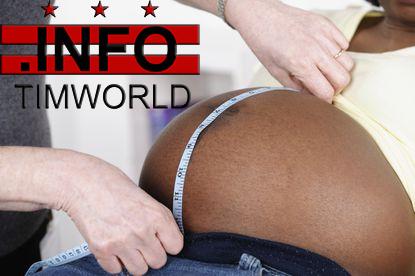 ALBANY — Lawmakers are scrambling to amend a controversial piece of legislation forcing birth coaches, better known as doulas, to be certified through the state in the wake of intense pushback from the very professionals the law would regulate.

The bill, which establishes rules for certifying doulas — trained professionals who provide emotional and physical assistance to mothers before, during and after labor — passed the Legislature in June. It calls for a training course sanctioned by the health commissioner, a standardized exam and a $40 fee in order for doulas to be officially certified by the state.

But sponsor Assemblywoman Amy Paulin (D-Westchester) is now asking Gov. Cuomo to hold off on signing the measure after complaints poured in from doulas who say it is shortsighted and was written without input from anyone in their community.

“The challenge is that … the talking with multiple groups of doulas happened after the legislation was written and passed,” said Ravae Sinclair, president of DONA International, the largest doula-certifying agency in the world. “So for the doula community in New York, that was just a shock.”

Doulas in the Empire State expressed concern that they were not represented or were entirely unaware of the bill prior to its passage. Paulin said she made efforts to contact doulas while drafting the proposal, but said the lack of a statewide association representing the profession made it difficult.

Efforts are underway to change the language of the legislation in a way that would satisfy doulas who say the current version could have detrimental impacts on the industry, Paulin said.

The purpose of the bill as written is to amend “the public health law to provide the requirements for professional certification for certified doulas.” Paulin and state Sen. Jessica Ramos (D-Queens) proposed the measure as a means to combat New York’s abysmal maternal mortality rate, amend disparities for women of color when it comes to childbirth-related issues and expand Medicaid coverage.

While most Western countries have seen the rate of maternal deaths drop, the U.S. has witnessed a steady climb in recent decades. New York ranked 30th in the nation for its maternal mortality rate in 2016.

Experts and lawmakers agree that expanding access to doulas could help address the issue as mothers are more likely to have shorter labor and vaginal births and are less likely to need pain medication and epidurals or endure stress-related complications if a doula is present.

But part of the issue is that the term “certified doula” has been a standard part of the profession for more than two decades. It is recognized within the industry to mean an individual who has completed requirements and training to work as a doula, and several prominent organizations offer certification.

Some fear the law could negatively affect communities of color by imposing a fee and bureaucratic oversight.

“We believe that the state certification process and legislation, as it currently stands, will negatively affect community-based doula organizations of color and communities of color disproportionately,” Chanel Porchia-Albert, the founder and executive director of Ancient Song Doula Services in Bedford-Stuyvesant, Brooklyn, wrote in an open letter following the bill’s passage.

Paulin said she is addressing the issue raised in the language of the bill and working with groups to find a way forward.

“We’re working on what will either be a chapter amendment that we’re going to offer to the governor or a new bill for next year that will reflect the mutual understanding that we’ve come to [to] move the doula movement ahead,” Paulin said.