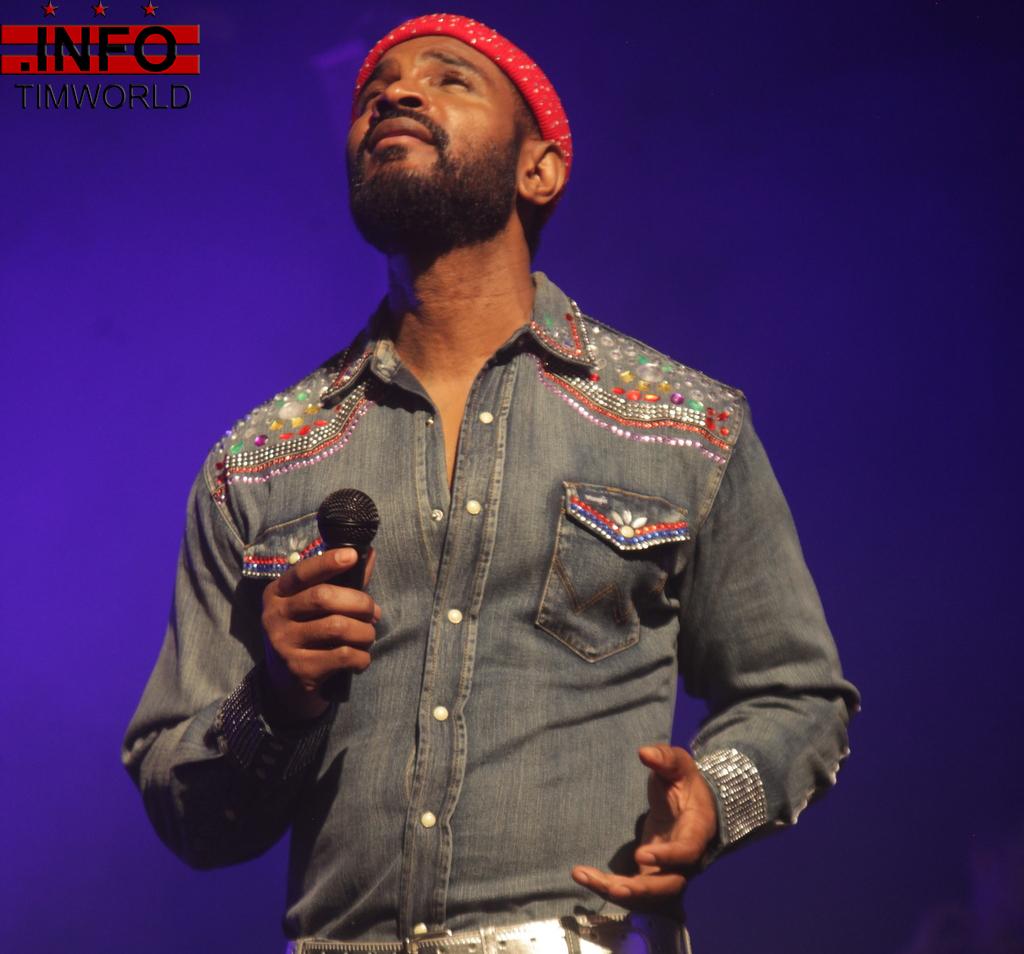 When Marvin Gaye sang “Pride & Joy” in the early 1960s it was thought to be a tribute to his beloved girlfriend turned wife, Anna Gordy Gaye.  Over 55 years since its 1963 release, the relationship in which Gaye sang about all those years ago will get its turn to be told on stage in “Pride & Joy: The Marvin Gaye Musical,” from May 1-12 at the National Theatre.  The musical chronicles the life and music of crooner and native Washingtonian Marvin Gaye and how his love affair with the Motown founder, Barry Gordy’s older sister, Anna Gordy Gaye, changed music history forever.

“Pride and Joy: The Marvin Gaye Musical,” chronicles the life and music of Marvin Gaye through the lens of his love with Anna Gordy Gaye. (Courtesy Photo)

With a powerhouse production team and produced by New Day Entertainment, the story is biographically based and explains how Marvin Gaye went from a slick style and Doo-Wop sound, to a beanie and beard posing the question, “What’s going on?”  Angela Barrow-Dunlap, D’Extra Wiley and Marvin Gaye III, Gordy and Gaye’s son, wrote the historic piece. In an exclusive interview, the AFRO spoke with Stephen and Wiley, also known for his work as a member of the group II Da Extreme, about “Pride & Joy: The Marvin Gaye Musical.”

“It was personal on behalf of Marvin Gaye III.  I had to represent his interest even more,” Wiley, Gaye III’s business partner and an actor in the show, told the AFRO.  “Marvin loved his mom and he loved his dad and there is nothing that could ever take their place.  So the only thing that’s left in fulfilling the legacy is to put on the best performance for the masses.”

In order to put up the best performance, Wiley and the team worked to get rights and approval from power brokers such as Motown’s founder himself.

“We have the rights of 28 songs from the Motown catalogue in which Sony and Barry Gordy himself signed off on,” Stephen said.

“We didn’t stop until we got the appropriate approval.  We had to get the approval from him [Barry Gordy]. He signed off on it [the music], and on how his sister was portrayed within the script,” Wiley told the AFRO.  “It’s an amazing authentic expression.”

The authenticity does not simply come from the script alone.  Both Wiley and Stephen proudly spoke about the talented cast, production team and choreography by Tristan Andrews.  However, the authenticity roots even deeper.  Stephen shared that his connection with Gaye dates back years ago when he first became inspired to perform his music.

“I have been studying Marvin Gaye now for about four years. And I decided a few years ago that I wanted to do a Marvin Gaye musical revue on my own,” Stephen said.

After promoting his revue, Stephen’s rendition of Gaye caught Wiley’s eyes and he asked him to audition for the show.

The actor studied Gaye’s unique vocal styles and intonations by watching old footage and listening closely to his music, to nail down his auditory technicalities, yet there are some crazier coincidences that tie Stephen to the famous singer.

“Marvin Gaye was 6’1, I’m 6’1 and from what I understand we wore the same size shoe- a 12/ 13, so it just kind of worked,” Stephen told the AFRO.  “For whatever reason Marvin Gaye’s spirit chose me so I’m just going to try and do my best to bring that energy and that spirit to the stage and the patrons who bought tickets to see this wonderful production. “

The major factor of the show is that it is also a love story explaining Marvin’s musical contribution to the world.

“A lot of people aren’t aware of the fact that Anna Gordy Gaye was 17 years older than Marvin Gaye and so that in itself created a lot of turmoil and friction in their relationship, but they were so deeply in love,” Stephen explained.  “Anna Gordy was responsible for Marvin Gaye even getting the deal with Motown. She was the one who convinced her brother, Barry Gordy, to really listen to him and take note and so when that happened, he started out as a drummer and went on to be their biggest solo selling artist of all-time at Motown.  He had one of the biggest recording deals ever on Motown for that time.”

With such history and a lot of entertainment value, Stephen and Wiley emphasized the importance of audiences seeing “Pride & Joy: The Marvin Gaye Musical,” while its at the National Theatre.

“When people come to see it, they’re going to feel that energy.  People will forget what you’ve done, and people will forget what you’ve said, but people will never, ever forget the way that you made them feel.  I think I speak for everyone when I say we’re going to give an audience a feeling that when they leave there will stick with them for the rest of their lives.  We are creating nostalgia,” Stephen told the AFRO.

Virginia man back in US after court questions deportation
NA to take up bills to formalise services chiefs’ tenure today
Indian firing from across LoC leaves three civilians wounded: ISPR