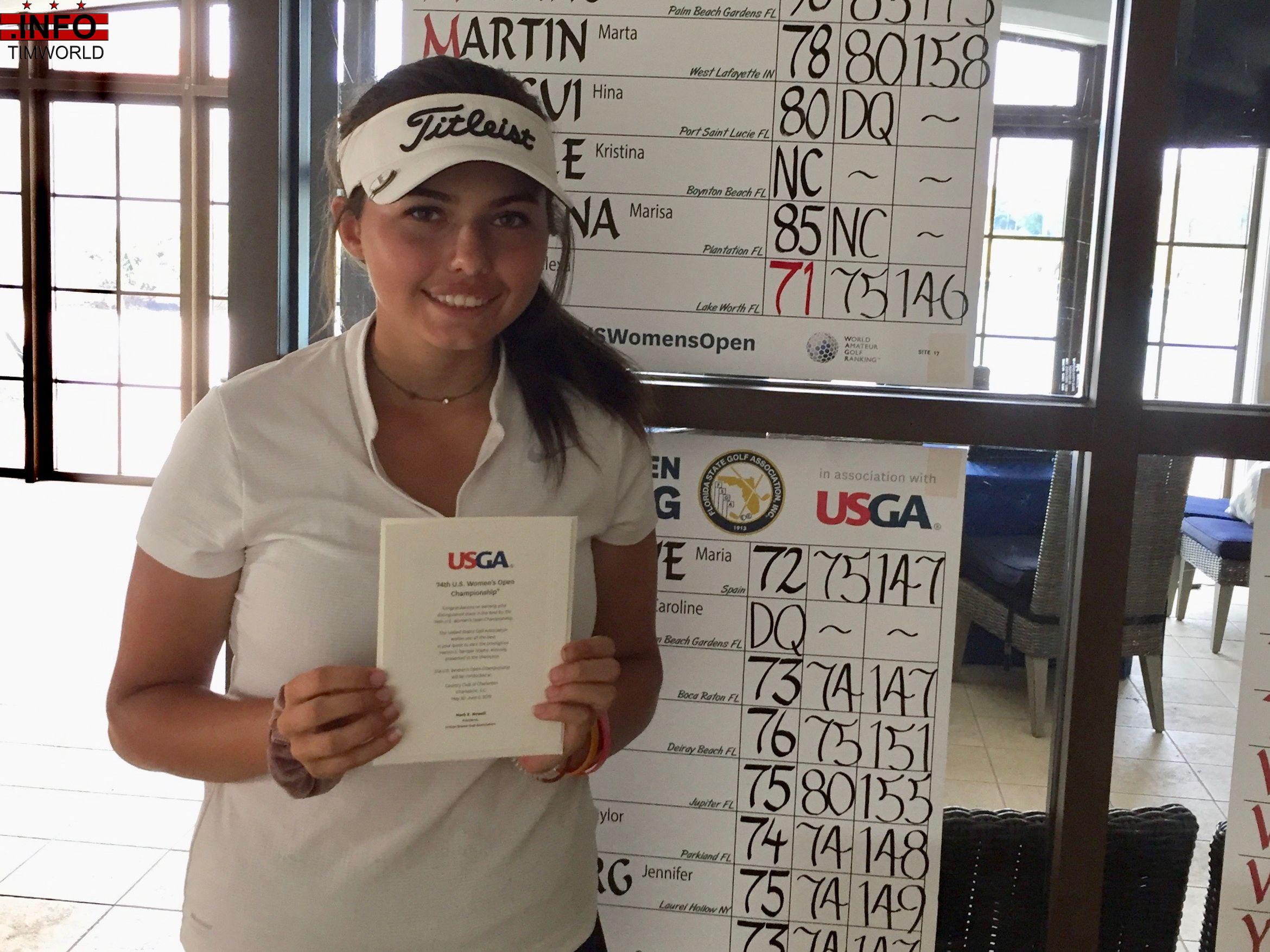 Alexa Pano drained a 35-foot putt for birdie from off the fringe on the second playoff hole to qualify for her first U.S. Women’s Open. The now 14-year-old Pano first tried to qualify for the Women’s Open when she was only 8 years old. She let loose a rare fist-pump at The Wanderers Club to punctuate the feat.

“It really hasn’t set in yet,” said Pano, “like how big of a deal this is. I’m just so excited to finally have qualified. It took me a while to get here.”

Pano became a Netflix star when appeared in “The Short Game,” a 2013 documentary that presented, at times, an unflattering view of the highly competitive world of junior golf.

Pano was walking to the tee box to begin her second 18 on Monday when officials blew the horn to suspend play due to weather. After a nearly three-hour delay, she returned to play 2 ½ more holes before play was called for the day.

On Tuesday, Pano struggled to make putts on the Wanderers’ tricky greens and thought she’d be well out of contention. Turns out the rest of the field felt the same.

It’s been quite a year already for Pano, who qualified for the inaugural Augusta National Women’s Amateur. When she narrowly missed the cut to be one of the 30 who competed in the final round at Augusta, the Netflix star took it hard, saying it was tough to go out there on Friday and play a practice round on the iconic course.

“I told my dad it was like being in the AFC Championship, losing and them telling you you can just go practice on the Super Bowl field,” said Pano, who ultimately used it as motivation.

After six attempts, Pano will finally get her chance on women’s golf’s biggest stage May 30-June 2 at the Country Club of Charleston (S.C.). She actually came two strokes shy of qualifying for the 2013 Women’s Amateur there when she was 8 years old.

Pano contended at a Symetra Tour event earlier this year and made her LPGA debut last summer at the Thornberry Creek Classic.

“I’ve seen a lot of my friends play at the U.S. Open and the majority of them have made the cut or done really well,” said Pano of her expectations. “I, of course, would like to go there and win. I’ll just kind of play my best game and see what happens.”