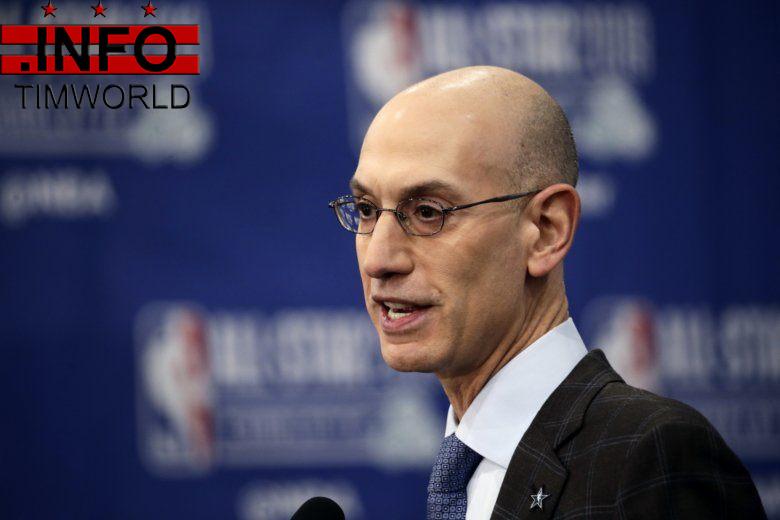 WASHINGTON (AP) — NBA Commissioner Adam Silver wants half of all new referees joining the league to be women — and he would like to see teams hire female coaches, too.

In an appearance Thursday for The Economic Club of Washington, D.C., Silver said two of the past five refs added from the developmental G-League were women, bringing the total number of female officials to three.

“It’s an area, frankly, where I’ve acknowledged that I’m not sure how it was that it remained so male-dominated for so long. Because it’s an area of the game where physically, certainly, there’s no benefit to being a man, as opposed to a woman, when it comes to refereeing,” Silver said.

“The goal is: Going forward, it should be roughly 50-50 of new officials entering in the league,” he said. “Same for coaches, by the way. We have a program, too. There’s no reason why women shouldn’t be coaching men’s basketball.”

There has never been a female head coach in the NBA.

Becky Hammon of the San Antonio Spurs was the league’s first full-time female assistant. Kristi Toliver worked as an assistant coach for the Washington Wizards this season; she also still plays for the WNBA’s Mystics in the same city.

In December, the Indiana Pacers made Kelly Krauskopf the first woman to hold the title of assistant general manager in the NBA.

Among the other topics he was asked about Thursday was the NBA’s one-and-done rule, and Silver reiterated that he has changed his stance on the issue and is willing to let 18-year-old players enter the league.

“I have changed my position. It’s a tough one, because not all the teams agree with me on this,” Silver said, estimating that about half of the league’s clubs are in favor of the switch.

He said the NBA and the players’ union are “in active discussions” about that policy and he said any change probably wouldn’t happen before the 2022 season. That’s because some teams already have traded away picks in upcoming drafts, and because that is the year current freshmen in high school would be eligible to head to the pros.