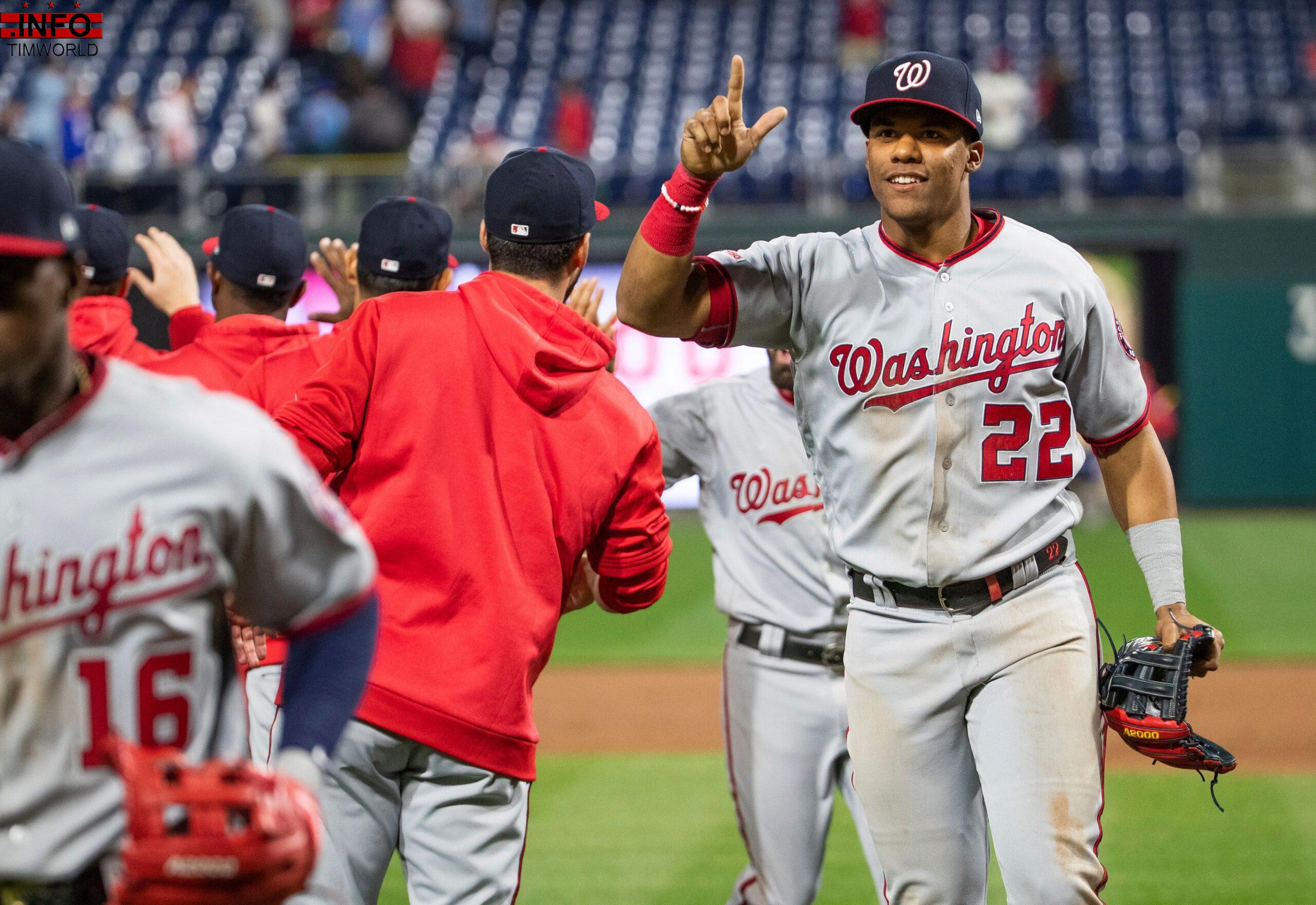 WASHINGTON — Juan Soto figures he was probably 12 years old when he returned home one day, after completing three levels of English courses, and told his mom he was done.

He didn’t want to learn the new language anymore. He didn’t need to learn it anymore.

“She tells me if I want to be a baseball player, I have to learn,” Soto recalled. “I said, ‘No, I just have to play baseball.'”

But as Soto kept just playing baseball, his perspective changed. The Washington Nationals signed him to a contract in 2015 and gave him a $1.5-million signing bonus. They shipped the then-16-year-old Dominican outfielder to their academy in Boca Chica, a complex about an hour east of his hometown of Santo Domingo and a few miles from the beach. He started to think of English not as a chore, but as another skill to be mastered on his way to the big leagues.

“If you want to be a superstar,” Soto told USA TODAY Sports, “you’ve got to be ready in every spot.”

Soto, now 20, has emerged as one of baseball’s bright young stars over the past year – and one of the main reasons the Nationals felt comfortable letting Bryce Harper walk in free agency. But beyond his patience at the plate and ability to crush fastballs, he has most impressed teammates and staff with the dedication he’s put into English – not just learning the language, but perfecting it.

“He was first to graduate at the (Dominican) academy, speaking English,” Nationals manager Dave Martinez told USA TODAY Sports. “He’s very adamant about fitting in and being a part of this culture, as well as back at home.”

According to statistics provided by MLB, more than 25 percent of players on Opening Day rosters this season hailed from Spanish-speaking countries, including more than 100 players from the Dominican Republic alone. Some players prefer to stick to their native tongues. Others work to pick up conversational English, to better communicate with their teammates and fans.

Few pick it up as quickly as Soto has.

“When I came to the U.S., as soon as I got out of the plane, they asked me where I was from. And the answer was my name. The guy started laughing at me, but it is what it is at that point.”

Sanchez said he’s taken online classes with a private teacher even in recent years to improve his English.

For Soto, the process really started when he signed with the team less than four years ago – though he admits he did have a slight head start, thanks to his mom.

When he arrived in Boca Chica, the staff gave Soto a log-in for Rosetta Stone and required him, like other prospects at the academy, to study English for at least one hour a day, five days per week.

Soto met that daily requirement – and then some.

“Everybody goes to sleep and all this stuff, and I stayed awake and said ‘oh, let’s do some English,'” Soto said. “I started working. I (did) like two hours, one (more) hour every day. That’s why I finished really fast.”

The following year, when Soto graduated to the Gulf Coast League – the lowest rung of the minors – he used it as an opportunity to pick up more real-world experience. He spoke with his American teammates often, and found a safe learning space at a nearby McDonald’s, where employees didn’t judge him for saying the incorrect word or phrase.

If you think @Nationals OF Juan Soto is a fast learner on the baseball field, you should hear the story about how quickly he learned English. ?? pic.twitter.com/yDejAmbfp9

Soto became so articulate so quickly that by the time the Nationals called him up last spring, at 19, he was already able to conduct interviews in English.

“I didn’t even know we’ve got to talk with the media every day. So I was like… Wow,” Soto said with a smile. “I was a little nervous, but every word I said, I was like ‘Oh, I can do it in English.’ So I started doing it in English since the first day.”

Octavio Martinez, the Nationals’ translator, flanked Soto during interviews with reporters when he was called up. And he’s still on hand now, in case Soto misses a word or doesn’t understand a question. But Martinez said he’s rarely needed.

“I’m definitely very impressed – the fact that at such a young age, he’s able to comprehend it so well,” Martinez said. “I think the biggest thing is just his confidence, which shows on the field. He’s so confident. It’s the same thing with him talking to the media – he’s confident in what he’s going to say.”

Now, even two months into his second big-league season, Soto is the fourth-youngest player in the majors. He finished second in National League Rookie of the Year voting last season and has already racked up six home runs and 22 RBI this year, despite spending the past eight days on the injured list with back spasms. (He is eligible to return Saturday.)

Soto said he’s still working on his English every day, mostly by talking with teammates. The language has become important to him on the field, and even more so beyond it. He wants to be able to communicate with reporters in interviews, but also feel comfortable interacting with fans who might approach him at a restaurant and ask for an autograph.

Aloha: Rams and Cowboys face off in Honolulu
After Albert Haynesworth reveals kidney failure, hospital gets outpouring of donation offers
Mitchell and Conley pairing could give Jazz offense a lift