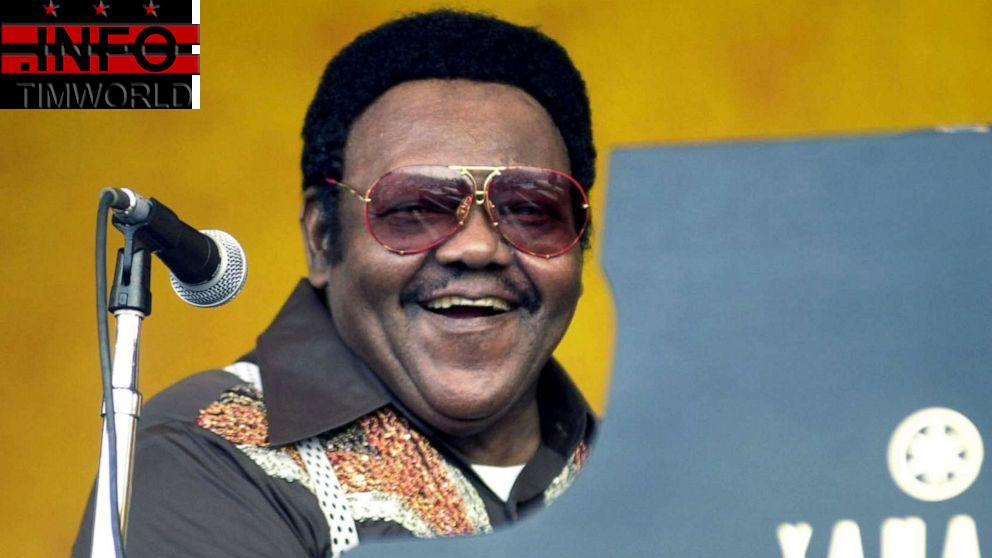 A New Orleans street is being renamed in honor of music pioneer Antoine “Fats” Domino whose first record, “The Fat Man,” released in 1949, was the first rock n’ roll record to sell over 1 million copies.

A celebration for the renaming is being held Saturday with Domino’s family and several organizations on the former Caffin Avenue in New Orleans, the Lower 9th Ward street where Domino lived.

“He wouldn’t believe that this would really be happening. You know, he was so humble,” Domino’s daughter, Andrea Domino Brimmer, told ABC News.

A community parade led by the Stooges Brass Band will begin at 11 a.m. in front of Domino’s publishing house and proceed down Antoine “Fats” Domino street to Oliver Bush Park where multiple musical guests will perform, including Domino’s grandson, Antonio Domino Jr.

“He loved New Orleans. He loved everything about New Orleans. And even when Hurricane Katrina was approaching he wouldn’t leave. So we’re just really honored that the community is acknowledging him in this way,” Antoinette Domino Smith, another of Domino’s daughters, told ABC News.

“They love him here in the community, especially in the Lower 9 where he was born and raised. He was loyal to his roots. He could have lived anywhere in the country, but he wanted to stay here in New Orleans. He loved New Orleans and this is showing that the people love him back. They’re loving him back,” said Domino Brimmer.

Domino lived his whole life in New Orleans, surviving through massive flooding brought on by Hurricane Katrina in August 2005 and Hurricane Rita a month later. On Oct. 24, 2017, he died of natural causes at the age of 89.

“All he wanted to do with his music was bring people together and make people happy. That’s what made him happy,” said Domino Brimmer “We are hoping a lot of people come celebrate this occasion with us because it’s also for them as well”.