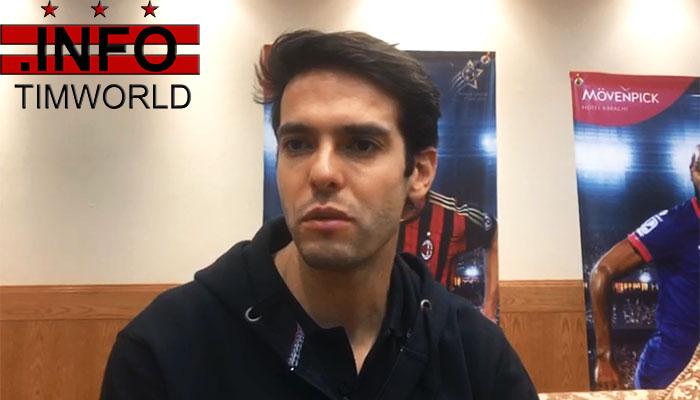 Kaka identified the only two ways through which football can be developed in Pakistan. — Photo by author Brazil’s World Cup winning footballer Ricardo Kaka, who is currently in Pakistan for an exhibition tour, has admitted that one-off tours by global stars like himself would create a temporary buzz but won’t create a sustainable football culture where the Beautiful Game could grow.

Kaka, who along with Luis Figo, Nicolas Anelka and Carles Puyol, landed in Karachi on Saturday, identified the only two ways through which football can be developed in Pakistan.

The former AC Milan and Real Madrid midfielder said that in order for football in Pakistan to thrive, more football academies as well as a cultural shift would be needed.

“We are here to promote football in Pakistan but I do not think that these things will help until you have a sustainable base,” Kaka told Geo News. “We can come here, do coaching and conduct two to three-day workshops but sustainability comes from academies where you develop young players.”

“In Brazil, football is part of the culture. The first thing we gift to a kid is a football. Here probably it is the cricket ball. You have to understand that.”

Kaka said that there must be footballing talent in a country the size of Pakistan but stressed that the nurturing of the talent is of the utmost importance.

“There are a lot of people here so surely there will be talent but it all depends on how you develop and invested in these people,” he said.