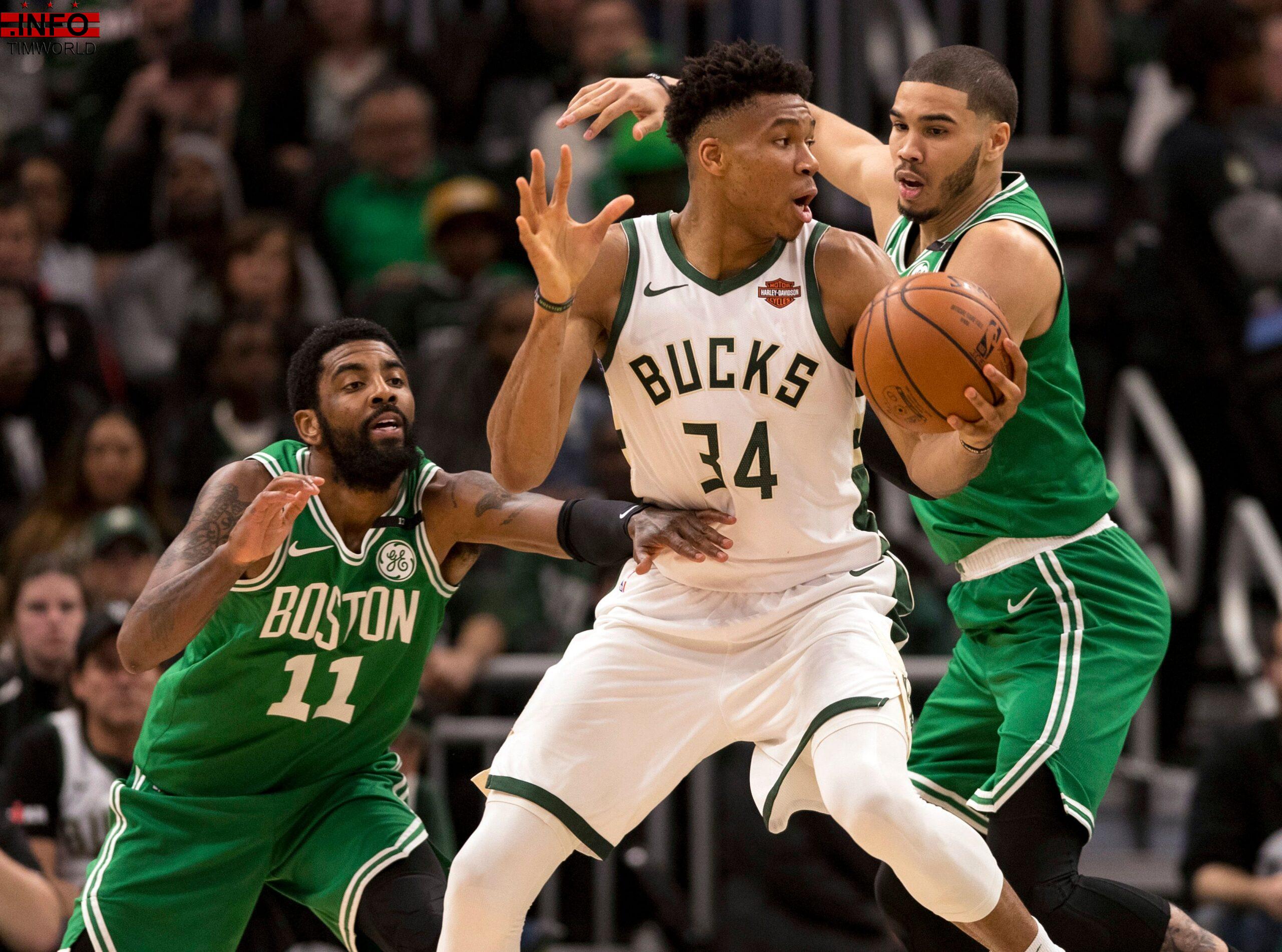 MILWAUKEE — Welcome back to the Eastern Conference finals, Milwaukee Bucks.

With balanced scoring and an all-around effort by superstar Giannis Antetokounmpo, the Bucks finished off a 4-1 series defeat of the Boston Celtics by rolling to 116-91 victory on Wednesday night in Game 5 at Fiserv Forum.

Milwaukee advanced to the Eastern finals for the first time since 2001, when the Bucks lost to the Philadelphia 76ers in seven games. That was the same year that the Bucks last clinched a playoff series at home, beating the Charlotte Hornets in Game 7 at the Bradley Center. Milwaukee finished off a sweep of the Pistons in Detroit last round.

The Bucks will face the winner of the 76ers-Toronto Raptors series with a trip to the NBA Finals on the line.

“To have everybody contribute offensively,” Bucks coach Mike Budenholzer said of the keys to the victory. “For Giannis trust the pass and trust his teammates and everybody just very much play together, on the offensive and defensive end.

“Now we got to take a couple days and get ready for whoever’s next. Keep the same focus, keep the same hunger.”

Antetokounmpo finished with 20 points, eight rebounds and eight assists, just missing out on his first postseason triple-double. Six other players scored in double figures for the Bucks.

Kyrie Irving led the Celtics with 15 points, but he shot just 6 for 21 and only had one assist.

The crowd at Fiserv Forum was ecstatic after the final buzzer. It was a far cry from Game 1 of this series, when the Celtics stunned the Bucks in a 112-90 victory.

The Celtics made one adjustment to their starting lineup, inserting big man Aaron Baynes in the place of Marcus Morris. Baynes was assigned to guard Antetokounmpo.

The Bucks came out of the gates strong, getting off to their best start of the series to the delight of the home crowd.

Milwaukee scored the first eight points. Nikola Mirotic backed down Irving for a turnaround jumper, then the Bucks forward hit a three-pointer. Mirotic also found Bledsoe with a nice pass in the corner for another three-pointer.

The Bucks eventually built an 11-point advantage, but a sloppy stretch allowed the Celtics to rally with a 12-0 run to take the lead at 19-18. Bledsoe had three turnovers in the first quarter.

George Hill helped stabilize the Bucks by scoring the final four points of the quarter for a 22-19 lead.

The Bucks scored the first nine points of the second quarter, with the Celtics not scoring until Al Horford made a 12-foot hook shot at the 7:57 mark.

Irving struggled to start the game, missing 10 of his first 12 shots. But he found a little groove in the second quarter and scored seven straight points for the Celtics as they cut the Bucks’ lead to 43-36 with just under two minutes left in the half.

But Milwaukee responded with nine unanswered points, starting with a layup from Bledsoe. Then Antetokounmpo found Malcolm Brogdon for a three-pointer. It was the first made shot for the Bucks guard since he suffered a plantar fascia tear in his right foot on March 15.

The sight of Brogdon knocking down shots again ignited the crowd. The fans kept roaring when Mirotic drained another three-pointer off another nice pass from Antetokounmpo.

The Bucks went into the locker room with a 52-39 lead.

There was an immediate scare for the Bucks once the second half started, with Antetokounmpo turning his left ankle while contesting a shot from the Celtics’ Jayson Tatum.

Antetokounmpo was on the court for a few seconds, but got up and was good to go. He eventually isolated against Baynes for a midrange jumper and later elevated off his left foot for a dunk on a breakaway for a 65-52 lead.

Antetokounmpo also added another assist on a three-pointer by Pat Connaughton for a 76-60 lead that prompted Celtics coach Brad Stevens to call a timeout.

In the waning seconds of the third quarter, Antetokounmpo ran down a long pass from Bledsoe and dropped in a layup that gave the Bucks their biggest lead of the game to that point at 80-62.

Brogdon hit a driving layup to start the fourth quarter. The game was safely in the Bucks’ hands when Antetokoumpo and Bledsoe headed to the bench with 8:23 remaining and Milwaukee holding a 91-69 lead.

The crowd watched the clock tick down, starting a “Bucks in five” chant with just over five minutes remaining.

It was on to the Eastern Conference finals.