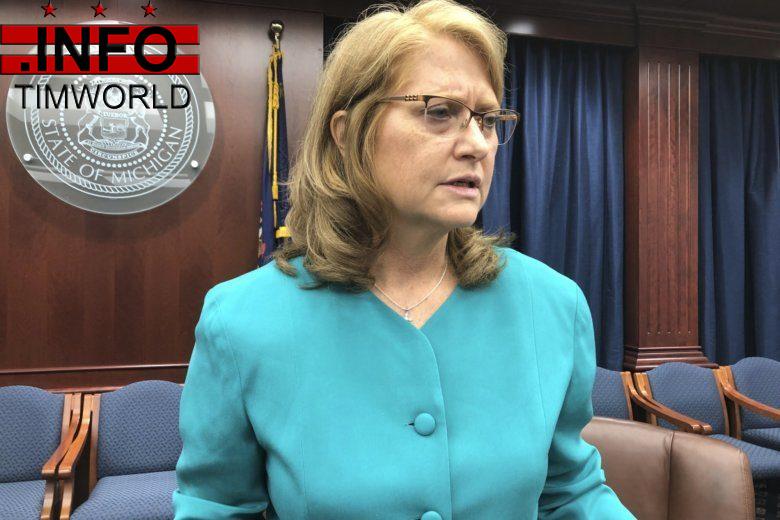 No other U.S. state has such a mandate. Motorists could instead choose among lower levels of personal injury protection, including no coverage if they have other qualifying health insurance.

The main Republican-backed measure won largely party-line Senate approval on a 24-14 vote, but its support from the GOP-led House and Democratic Gov. Gretchen Whitmer is far less clear. Legislative stalemates have blocked it from passing in recent years.

“The current system’s really failing Michigan drivers and families,” said Republican Sen. Aric Nesbitt of Lawton, a bill sponsor who pointed to a recent study showing that the state’s estimated annual premium of $2,610 is almost double the national average. “Thousands of Michiganders have been priced out of driving, and thousands more risk driving without insurance.”

Measure also would curtail how car insurers must pay much more than health insurers do for the same medical services — another factor driving overall claim costs — crack down on fraud with a task force and make other changes such as limiting “judge shopping” by people who sue insurers.

The House is working to craft legislation, too, while Whitmer has ordered her administration to study how insurers use non-driving factors such as education levels and credit scores to set premiums.

The Senate plan faced Democratic criticism because it would not include a mandated rate rollback.

“I don’t think anybody in the state benefits if we reduce the coverage and your costs stay the same, especially for such a drastic reduction” in PIP coverage, said Sen. Mallory McMorrow of Royal Oak.

Nesbitt said a government-ordered reduction is not needed because insurers’ costs would be lowered under the proposed law and they would have to justify their new rates to the state Department of Insurance and Financial Services and stay competitive with other insurance carriers.

It would be “foolish,” he said, to force an “arbitrary” rate reduction without knowing how people would select their level of PIP benefits.

Under the bill, drivers could opt out of personal injury coverage or choose between at least two required offerings from insurers — $50,000 (including $200,000 only for emergency trauma care immediately after a crash) or $250,000 total. Insurers could offer lower or higher amounts of coverage, though unlimited benefits would effectively go away prospectively because the Michigan Catastrophic Claims Association would no longer reimburse insurers for medical costs exceeding $580,000 for new or renewed policies.

Nesbitt estimated the per-vehicle fee that drivers pay to the MCCA — which will rise to a record $220 annually this summer — would drop to $40. Premium prices could drop by between 14% and 46% depending on what PIP plan motorists choose, he said.

A group of health providers, plaintiffs’ lawyers and patient advocates opposed the legislation, calling it a “giveaway” to the insurance industry.

“The auto insurance industry in Michigan is weakly regulated compared to other states. Until that changes, drivers will continue to pay exorbitant rates with no relief in sight,” said John Cornack, president of the Coalition Protecting Auto No-Fault. “Instead of rushing to eliminate essential care for critically injured accident victims, Michigan legislators should be looking at increasing consumer protections and holding the auto insurance industry accountable for its discriminatory practices.”

Auto insurers complain that they are charged more by hospitals and providers than are health insurers, and those expenses are passed on to drivers. The bills would create a fee schedule similar to what exists for workers’ compensation injuries.

The movement in the Legislature came against the backdrop of increasing angst over the state’s expensive premiums. Detroit Mayor Mike Duggan and others filed a lawsuit last year asking the 1973 no-fault law to be declared unconstitutional for failing to provide “fair and equitable” insurance rates. Detroit businessman Dan Gilbert has talked about backing a 2020 ballot initiative if lawmakers do not act.

“We mandate they buy unlimited lifetime medical insurance whether they want it or not,” she said. “They have choice in every other area of their lives except this one.”