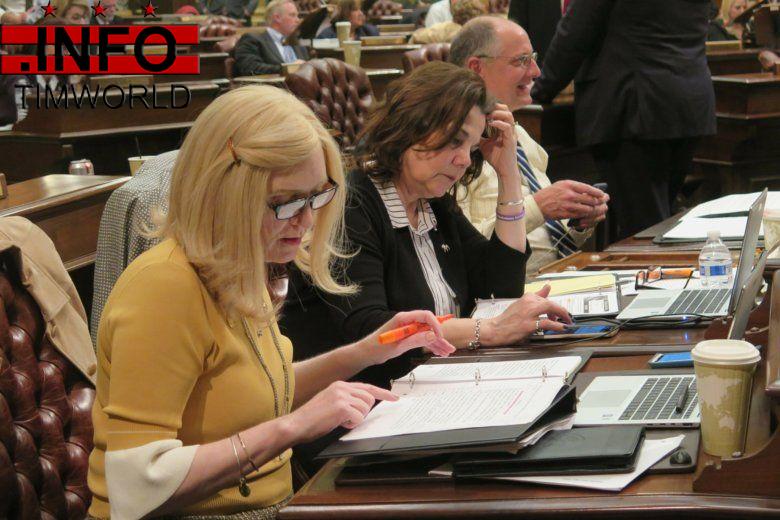 The move set the stage for a potential showdown with Gov. Gretchen Whitmer, who threatened to veto auto insurance legislation that cleared the GOP-controlled Senate earlier in the week. House Republicans were hopeful that senators would back their proposed overhaul and send it to the Democratic governor as soon as next week.

The House bill — which passed 61-49 on a largely party-line vote after 2 a.m. — would let motorists forego mandatory unlimited personal injury protection, a requirement only in Michigan. Insurers would have to cut PIP rates, for five years, by between 10% and 100%, depending on the coverage chosen. That could equal an estimated $120 and $1,200 in savings for someone paying $2,400 annually per car, assuming the PIP fee accounts for half their bill, according to Republicans’ projections.

A recent study showed that Michigan’s estimated annual premium of $2,610 is highest in the country and almost double the national average.

“It affects the people who live in every one of our communities. We have been overpaying for decades, and people are demanding a change,” said Rep. Jason Wentworth, a Clare Republican.

While the House vote was a big step forward in efforts to cut premiums after a half-dozen years of legislative stalemates, the bill’s prospects were uncertain. Majority Republicans have made car insurance changes a top priority, but Whitmer has been more focused early in her term on trying to fix the roads with a proposed fuel tax increase as part of her first budget.

Many of her Democratic allies in the House blasted the insurance legislation, and criticized how it was unveiled and approved within a matter of hours with no public review or committee testimony. They accused the GOP of “playing politics.”

“If our constituents are angry now about their insurance rates, imagine how angry they’ll be when they realize that with the bill before us at it stands, their rights and benefits have been taken away — given away — and our rates haven’t really been lowered,” said Rep. Donna Lasinski of Washtenaw County’s Scio Township.

Under the measure, people opting out of unlimited medical coverage and instead choosing between $0 and $500,000 in benefits would not have to pay much of what will soon be a $220 annual per-vehicle fee that reimburses auto insurers for expenses surpassing $580,000 for the severely injured.

The bill would stop car insurers from having to pay much more than private and public health insurers do for the same medical services, a factor driving claim costs. They would follow a fee schedule similar to what exists for workers’ compensation injuries.

The legislation also would direct state insurance regulators to write rules banning the use of non-driving factors if there is no “rational correlation” with insurance losses.

After the five-year period of mandated lower premiums, Michigan would scrap a “file-and-use” system that lets rate increases take effect before regulatory review. Rates instead would be subject to prior approval.

The measure would also create a task force to target fraud, limit reimbursement for family attendant care and no longer let insurers use sex as a rating factor when pricing policies issued on a group basis.