Mexico worries as US keeps making asylum seekers wait there 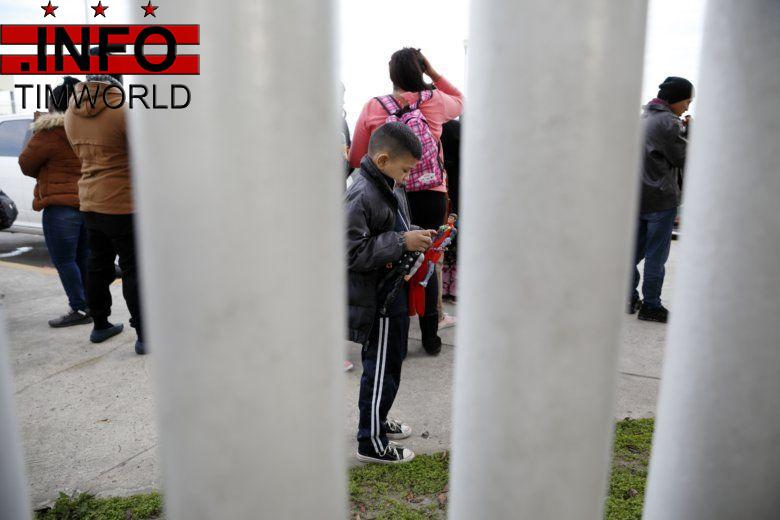 MEXICO CITY (AP) — People in overextended Mexican border cities are voicing concern over the continuation of a U.S. policy that makes Central American migrants seeking asylum in the United States wait south of the border.

A U.S. federal appeals court ruled Tuesday that the Trump administration can make migrants wait in Mexico for their immigration hearings while the policy is challenged in court. On Wednesday night, Mexico’s immigration agency said 4,217 Central American asylum seekers had already been returned through three border cities. The U.S. government has said it wants to expand the program along the entire border.

Mexico’s government did not comment following the court decision, but those closer to the issue did.

“The United States should resolve their problem there and not transfer it to us,” said Mayor Armando Cabada of Ciudad Juarez, which lies across the border from El Paso, Texas. Juarez has received 1,344 returned asylum seekers — more than any other city — since the program started in San Diego on Jan. 29.

The 11 Central Americans who are challenging the U.S. policy argue their safety has been put at risk by making them wait in Mexico for a process that could take years.

Migrants in many Mexican border cities have typically made easy targets for organized crime gangs that kidnap them to extort money from relatives or try to recruit them into drug and human-trafficking businesses.

Vicente Sánchez Munguía, a public administration researcher at the College of the Northern Border in Tijuana, said some border cities have suffered critical security situations for years.

“It would really expose the migrants to possible security threats,” he said. “The speed at which they process (asylum) cases in the United States could cause the number of people applying and waiting in Mexico to increase and create a critical situation.”

The policy requires asylum seekers who have already made their applications to report to the border on the days they have court hearings. U.S. government personnel transport them to court and then bring them back to the border afterward to re-enter Mexico.

Clara Long, an investigator with Human Rights Watch researching the policy, known colloquially as “remain in Mexico,” said the returned migrants she interviewed were afraid. She interviewed one woman in Juarez this week who was raped while looking for a place to stay and another who was kidnapped and had to buy her release.

“They have no idea what to do to keep themselves safe,” she said.

Two families with young children who were returned to wait in Mexico last week were told Wednesday they had to leave the shelter where they had been staying, because they were only allowed seven days.

Some with relatives who could wire money were staying in cheap hotels, but often deciding between paying for a room and eating, she said. Others were squatting in abandoned homes around the city.

Mexico’s foreign relations ministry did not respond to requests for comment. The Mexican government has emphasized previously that the policy is a unilateral U.S. measure and that Mexico will focus on the humanitarian treatment of migrants.

The U.S. government sees the policy in part as another deterrent to migrants seeking asylum. Whereas asylum seekers were often released into the U.S. after passing an initial credible fear interview, especially those with children, and told to return for court hearings, the new policy returns many to wait in Mexico.

But the U.S. government has also been overwhelmed by the number of families from Central America’s “Northern Triangle” — Honduras, El Salvador and Guatemala — and says it does not have a place to house them. In April, the Border Patrol apprehended 109,144 migrants, the highest number since 2007.

Claudia Portela of the Padre Chava shelter and food kitchen in Tijuana said some migrants in that situation have been staying there.

Some can have an easier time if they get work permits in Mexico, but otherwise their lives are very precarious.

“They are going to be easy prey for organized crime,” Portela said. “They’re vulnerable.”