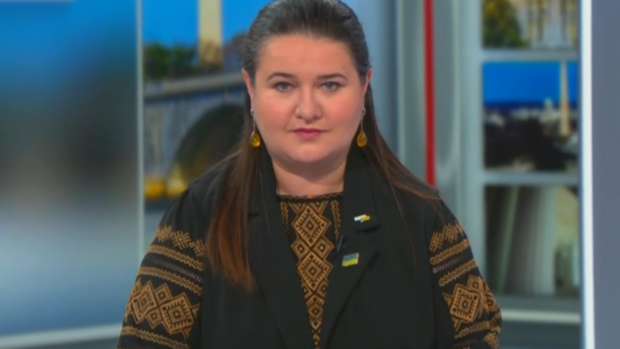 Oksana Markarova, Ukraine’s ambassador to the United States, addressed President Emmanuel Macron’s recent suggestion that France would not act in kind if Russia were to carry out a nuclear attack on her country and emphasized that the “global response” to nuclear threats should be “very harsh” due to their gravity.

“We cannot rule out anything,” said Markarova during an appearance on “Face the Nation” on Sunday, while speaking about the possibility that Russian President Vladimir Putin will use nuclear weapons amid the ongoing war in Ukraine.

Noting that Russian forces have taken control of Ukraine’s Zaporizhzhia power plant, one of the largest nuclear plants in the world and the biggest in Europe, she acknowledged that a “big risk” exists as Putin threatens to launch a nuclear offensive.

But, Markarova added, the issue of whether Putin will use nuclear force or not is “much bigger than Ukraine” as a decision to do so would break international weapons agreements and effectively endanger the security infrastructure of Europe at large.

“We, in Ukraine, will resist and we will not give up regardless of what Russian Federation is using against us,” she said. “We have, I think, proven it, from rockets, to atrocities to anything that they try to do in Ukraine. It doesn’t break our will. So there is no point for Russian Federation to use anything else because it will not stop us in defending our homes.”

“With regard to the global response, it has to be very harsh,” Markarova continued. “Even for the talks of Russian Federation and Putin about using the nuclear weapons, because this is a clear red line. This is on, you know, on what the whole security infrastructure of Europe and global is built.”

Regarding Macron’s comments about potential inaction from France should Putin’s nuclear threats become reality, Markarova said unified opposition to a potential Russian attack should be a global priority because of the impact that an attack in Ukraine would have on international security and nuclear deterrence.

“I just hope that everyone understands that the way it should be understood,” Markarova said. “In 1994, Ukraine became the country that voluntarily gave up the third-largest nuclear arsenal and received assurances of our safety, because we gave up our nuclear weapons. And if a nuclear weapon will be used by a nuclear power and aggressor against non-nuclear country like Ukraine, then the whole nuclear deterrence system is going to be under risk. So, I think we all together cannot allow Russian Federation to use it.”