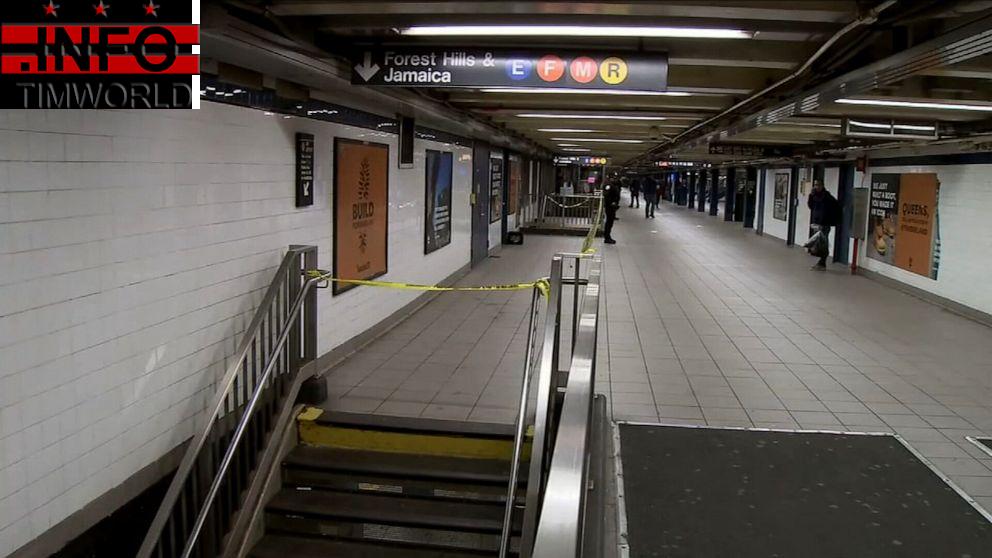 A man was struck and killed by an oncoming subway train in New York City on Monday after he fell onto the tracks during a fight at rush hour, police said.

The fatal incident occurred at the Roosevelt Avenue-Jackson Heights subway station, located between the Jackson Heights and Elmhurst neighborhoods of New York City’s Queens borough. The New York City Police Department said its officers responded to a report of someone hit by a train at around 4:45 p.m. local time and, upon arrival, found a man under a subway car with severe trauma to his body.

A view of the scene where a man was struck and killed by an oncoming subway train at the Roosevelt Avenue-Jackson Heights station in New York City’s Queens borough on Oct. 17, 2022.WABC

The victim — identified as Heriberto Quintana, 48, of Queens — was removed from under the train and transported to the nearby Elmhurst Hospital Center, where he was pronounced dead, according to police. The New York City medical examiner will determine the cause of death.

Police said a preliminary investigation has determined that Quintana was involved in a physical altercation with a 50-year-old man on the station’s platform for the northbound F train. During the course of the fight, police said, Quintana fell onto the tracks as the train was entering the station. It was unclear whether he was pushed off the platform during the scuffle, or if he fell on his own.

Police respond to the scene where a man was struck and killed by an oncoming subway train at the Roosevelt Avenue-Jackson Heights station in New York City’s Queens borough on Oct. 17, 2022.WABC

The 50-year-old man, whose identity has not been released, was taken into custody at the scene and the investigation is ongoing, according to police.