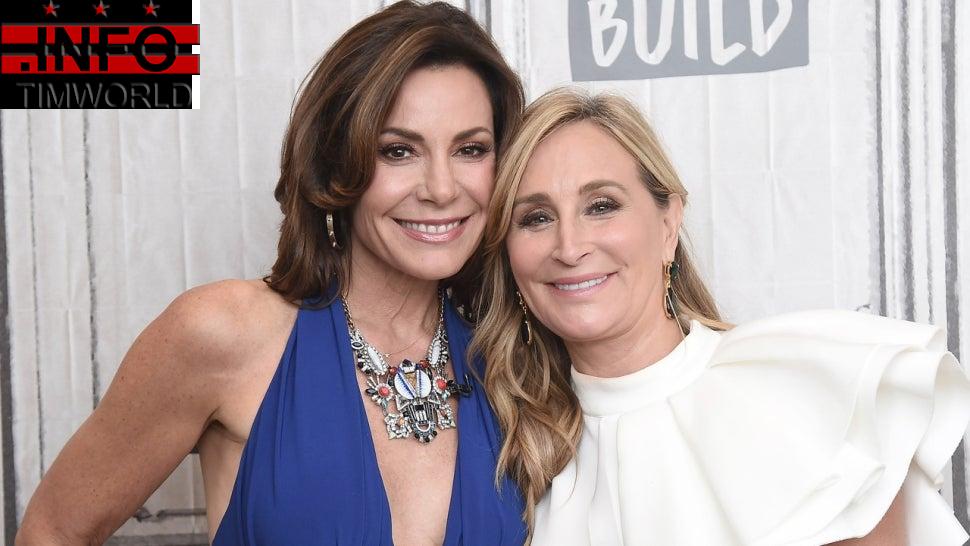 Luann de Lesseps and Sonja Morgan are swapping the Big Apple for something… much smaller.

According to Bravo’s announcement on Saturday, the longtime Real Housewives of New York City castmates are getting their own new Bravo series — but instead of the Berkshires, they’re heading to Benton, Illinois. Considering the town has just around 7,000 locals, fans can count on the two beloved reality stars standing out in their temporary new home. And luckily for viewers, cameras will capture all the shenanigans set to ensue for the new show, named Luann and Sonja: Welcome to Crappie Lake.

“Totally unbeknownst to the Benton locals, the town council surprises everyone by inviting ‘Real Housewives’ superstars Luann and Sonja to help spruce up their small town, which has a population just shy of 7,000. It’s a fish-out-of-water experience for everyone involved, especially when the two Manhattanites check in to the local motel,” a press release for the series reads. “At the request of the mayor, they take on tasks to boost morale and galvanize the town with new spirit. From building a new playground to revitalizing the local theater with a full-on variety show, Luann and Sonja have their work cut out for them as they embrace their new temporary home. Whether searching for the town’s famous crappie fish in the lake with their bare hands or going mudding with monster trucks, one thing is for certain – with Luann and Sonja in charge and out of their element, hijinks and hilarity are sure to follow.”

While their OG franchise is getting a refresh– Andy Cohen confirmed in March that RHONY is being overhauled and a new alumni show will also be launched — the casts for both shows have yet to be announced, leaving de Lesseps and Morgan’s Bravo fates unclear. Fortunately, fans can let out a sigh of relief knowing they’ll definitely be returning to their screens in 2023 — albeit in some very new surroundings.

‘How to Get Away With Murder’ Star Karla Souza Welcomes Baby No. 2
LSU makes case for No. 1 after defeat of Auburn
Ferrari aims for pole and to avoid team duel in Mexico