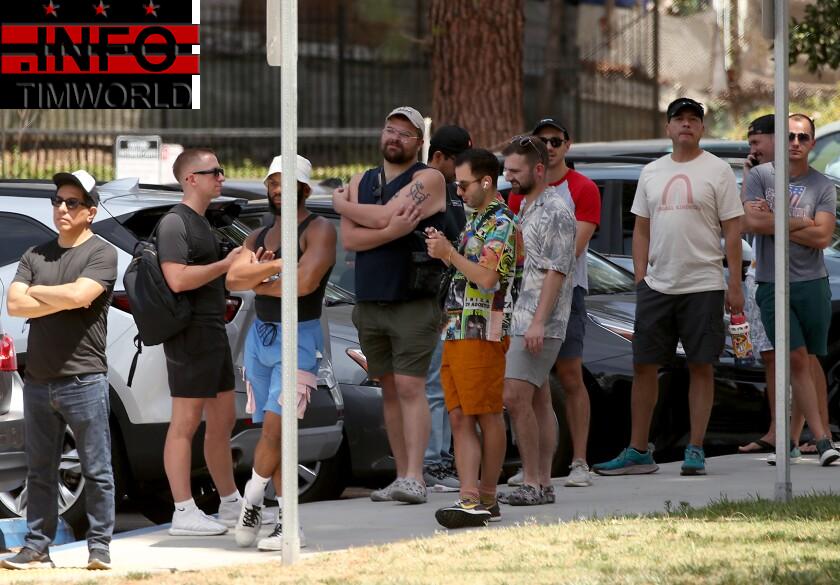 Holly J. Mitchell issued the emergency declaration early Tuesday to “bolster the county’s response to this outbreak,” according to a news release.

Monkeypox cases in L.A. County have more than doubled in the last 10 days, rising to 400 Monday, according to the county health department’s count of confirmed and suspected cases. The majority of cases have been confirmed in men who identify as part of the LGBTQ community, according to county statistics.

The outbreak in California — and across the world — continues to disproportionately affect men who have sex with men, as well as transgender and nonbinary people, though anyone can catch the virus through close skin-to-skin contact or through fabrics that have touched the virus. On Thursday, San Francisco declared a state of emergency as cases continue to spread there.

There is an approved and effective vaccine that can be used preventively or after exposure, although it remains in short supply. The lack of availability has led to growing frustration and long waitlists for the shot, especially among LGBTQ communities who remain most at risk.

“This proclamation is critical in helping us get ahead of this virus,” Mitchell said in a statement. “By declaring a local emergency, it allows us to cut through the red tape to better dedicate resources and educate residents on how to protect themselves and help stop the spread. It will also allow the county to quickly administer vaccines as more become available and to take the necessary efforts to obtain supplies and enhance outreach and awareness.”

The board will vote later Tuesday morning to ratify the proclamation.

The world started to wake up to climate change in 2019 – now what?
Department of Energy picks New York over Virginia for site of new particle collider
Quantum Materials Revolutionized by Multi-Modal Nanoscience