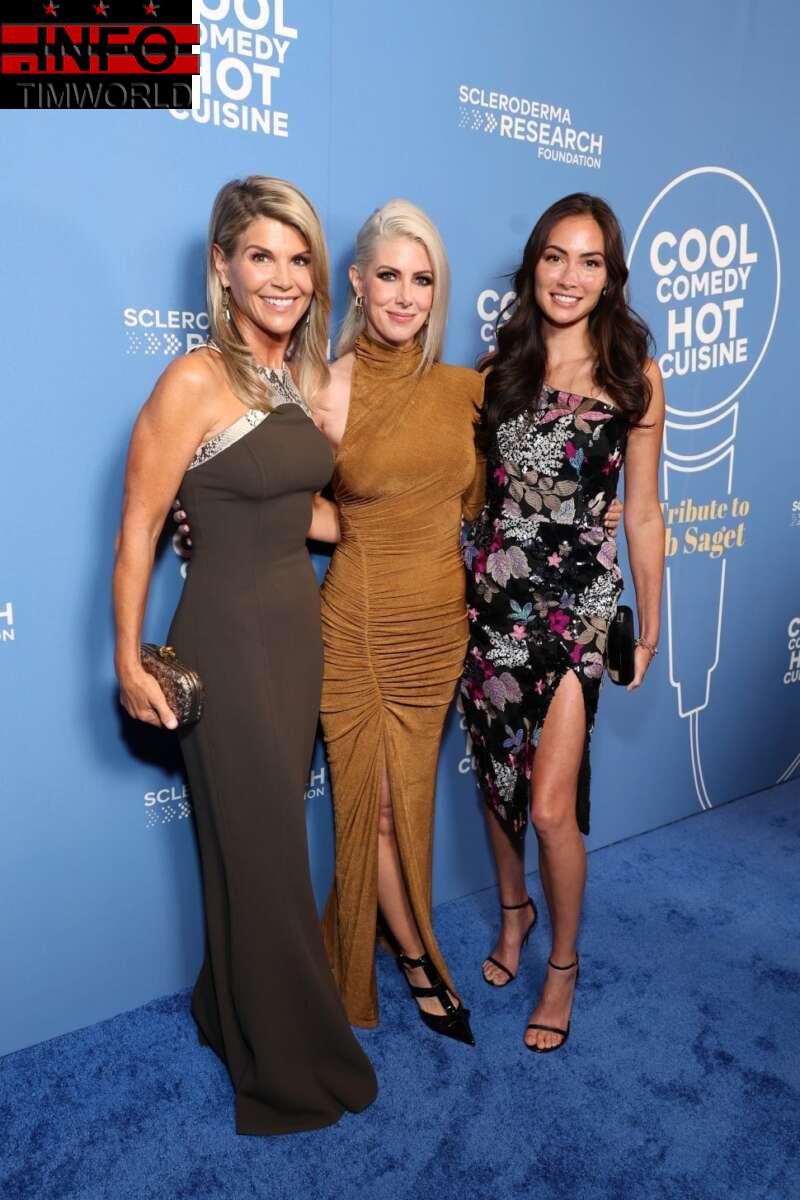 Lori Loughlin hit the red carpet on Wednesday night with the wives of her Full House co-stars, honoring the late Bob Saget at a fundraising event.

The actress posed alongside Saget’s widow, Kelly Rizzo, and John Stamos’ wife, Caitlin McHugh, in a floor-length halter gown as the trio smiled arm-in-arm for photographers. Rizzo wore a camel-colored high-neck dress with ruching, while McHugh opted for a dark floral midi with a thigh-high slit.

Loughlin’s appearance comes as it was announced that she had scored her first new movie role following her involvement in a 2019 college admissions scandal.

Rizzo served as co-chair for the Scleroderma Research Foundation’s Cool Comedy Hot Cuisine Event, which was hosted by Jimmy Kimmel, John Mayer and Jeff Ross. Saget had long been a supporter of the cause — and host of the annual fundraising event — after losing his sister to the disease in 1994.

Another of Saget’s longtime friends, Dave Chappelle, was among the night’s performers. He declared during his set, “Tonight I got drunk because I love Bob so much. Bob, I can feel you in this room tonight.”

Saget first rose to fame in 1987 when he was cast as Danny Tanner on Full House. Two years later, he cemented his fame as the host of America’s Funniest Home Videos.

He died in January in a hotel room at the Ritz-Carlton in Orlando, Florida. The cause of death was initially unknown, but his family later announced an autopsy revealed head trauma. “He accidentally hit the back of his head on something, thought nothing of it and went to sleep,” the statement read. “No drugs or alcohol were involved.”

Loughlin starred opposite Saget as Becky Donaldson Katsopolis in both the original Full House and its 2016 Netflix reboot, Fuller House.

Following her involvement in the Operation Varsity Blues scandal, Loughlin began her sentence of two months in prison and two years of supervised release in October of 2020. She was also ordered to pay a fine of $150,000 and complete 100 hours of community service. She was released less than two months later.

Loughlin and her husband, Mossimo Giannulli, paid $500,000 in bribes to get their daughters, Isabella and Olivia Jade, admitted to the University of Southern California as recruits for the crew team, though neither of them had ever participated in the sport. She was subsequently fired from all acting roles at the time.

Now, she is starring in her first romantic comedy, Fall Into Winter, for Great American Family, and the network’s CEO has plans to make “America’s sweetheart” the face of the network.