LA Council member says he will not resign despite public outcry 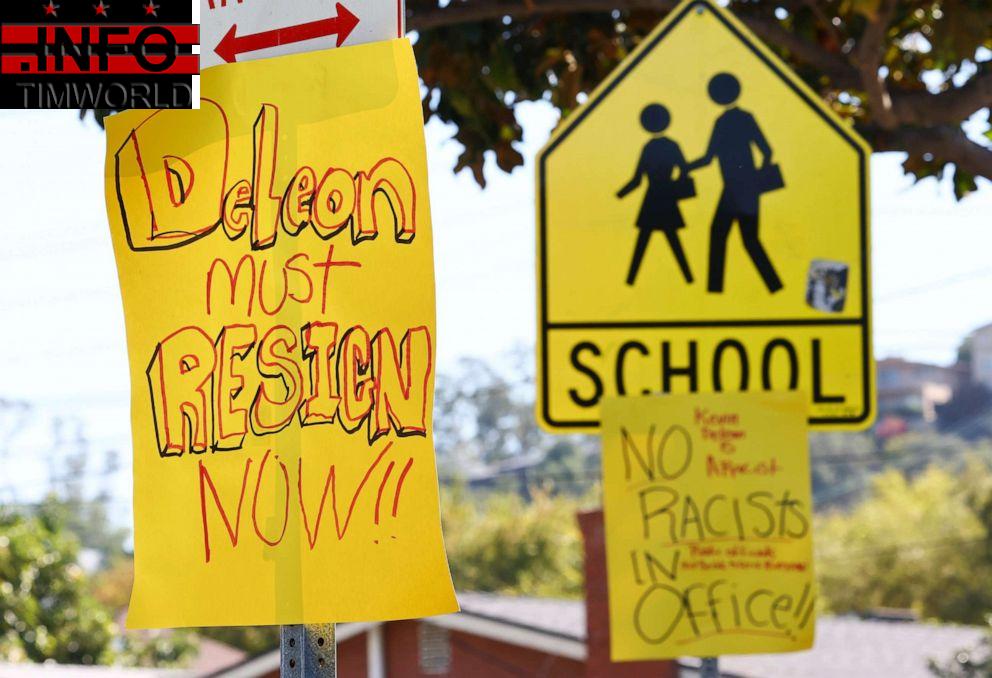 Making his first public comments since a recording of council members making racist and offensive comments was released online, Los Angeles City Councilmember Kevin De León said he does not plan on stepping down from his position, apologizing to his constituents for not stepping up and shutting down the conversation.

Signs calling for the resignation of L.A. City Council member Kevin de Leon are posted near de Leon’s home in the wake of a leaked audio recording on October 18, 2022 in Los Angeles.Mario Tama/Getty Images

The city council has been the subject of public outcry and protests after a recording posted to Reddit earlier this month captured former City Council President Nury Martinez making allegedly racist and offensive comments about her colleagues and about a council member’s son while discussing redistricting. The Los Angeles Times reviewed the recording and confirmed it as authentic.

ABC News has not independently confirmed the authenticity of the recording.

The recording has prompted the California Department of Justice to open an investigation into the city’s redistricting process in an effort to restore public trust.

Martinez resigned from her leadership position and from the council last week, under pressure from protesters and officials.

Pastor Stephen Cue Jn-Marie stands with SEIU California union members at a demonstration outside City Hall calling for the resignations of L.A. City Council members Kevin de Leon and Gil Cedillo in the wake of a leaked audio recording on October 18, 2022 in Los Angeles.Mario Tama/Getty Images

While the alleged comments were not made by De León, there has been public outcry from protesters and fellow council members, calling on him and council member Gil Cedillo, who was also on the recording, to resign from the council. Calls for their resignations have gone as high up as President Joe Biden.

During the interview, De León apologized several times, but remained adamant that his district deserves representation, saying he plans to continue to do so.

“I have to do the really damn hard work to repair and to restore the breach of trust that I have lost with so many folks,” De León said.

De León said the meeting captured on the recording was called by Martinez and that he had attended it to be a voice for his district.

In statements released on Monday and Tuesday, Martinez apologized to her colleagues, Bonin and his family.

In the Wednesday interview, De León said he called Bonin to apologize, but it went to voicemail.

The LA Council resumed its meetings Wednesday, closing the chambers to members of the public after protesters caused delays and prevented a meeting from starting last week.

The council also named a new president on Tuesday.

De León did not immediately respond to ABC News’ request for comment.