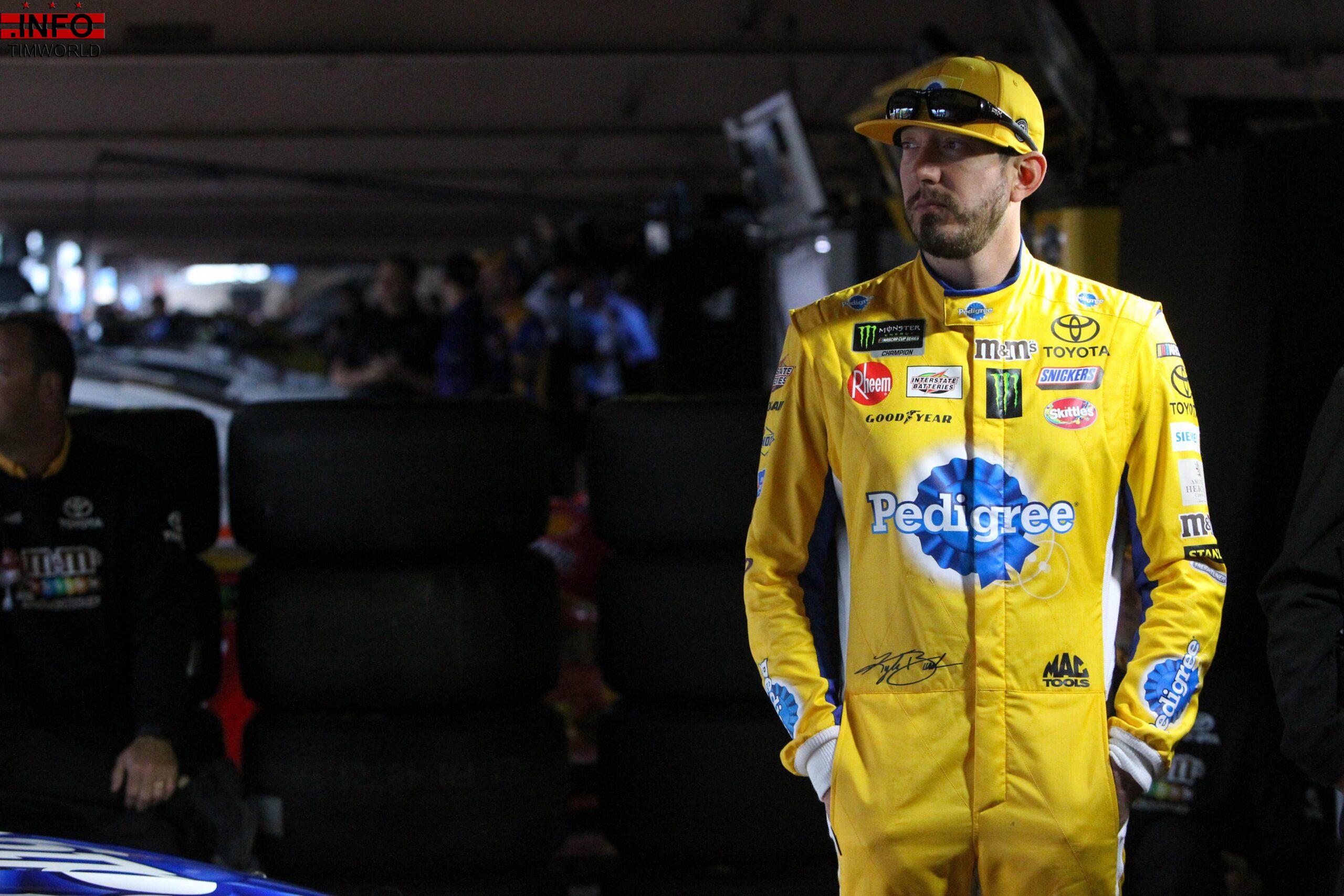 CHARLOTTE, N.C. (AP) — Kyle Busch was not surprised he dodged a fine from NASCAR for ranting about its current rules package.

Busch’s expletive-riddled assessment after Monday’s rain-postponed race in Delaware in years past likely would have drawn a hefty fine. But NASCAR let Busch’s criticism go this week, and he said Wednesday during a promotion for the upcoming Coca-Cola 600 at Charlotte Motor Speedway that he did not expect a fine.

“I’m not sure I said anything wrong,” Busch said. “I just spoke my opinion. Everybody has got an opinion.”

Tony Stewart in 2016 was the last driver fined for criticizing NASCAR when he was penalized $35,000 for questioning safety over missing lug nuts. For years, NASCAR secretly issued fines for criticism under the “conduct detrimental to NASCAR” policy, but became more transparent over the last decade.

Busch said he had a good discussion with NASCAR head of racing development Steve O’Donnell since airing his complaints.

Kyle Busch finished 10th at Dover but was not happy with the racing package. (Photo: Matthew OHaren, USA TODAY Sports)

“We’re all trying to make everything better for everyone as a collective industry,” Busch said. “There are certain vote-getters that get their wish more than others. And it’s frustrating at times and for us drivers that, you know, we tend to voice our opinions whether it’s with the owners or whether it’s with NASCAR. We don’t seem to get very far. So that’s where it becomes most frustrating at times.”

Busch finished 10th at Dover while teammate Martin Truex Jr. drove from the back of the field to victory. With 750 horsepower and more downforce, the rules package is designed to increase side-by-side racing and manufacture competition.

Drivers have complained passing has become too difficult, while fans have pointed to the lack of cautions through 11 races and a general letdown because of all the hype surrounding the new rules.

After the Dover race, Busch blasted the package while complaining NASCAR does not care about his input. Kevin Harvick echoed that sentiment Wednesday during his weekly “Happy Hours” show on SiriusXM NASCAR Radio.

“The driver’s voice is not being heard very much on things when it comes to competition, especially when it comes to this particular style of rules package, and then you get to Dover and it boils over after the first 11 weeks,” Harvick said on his show.

Harvick said there has been a leadership void since Dale Earnhardt’s death in 2001, and noted that Busch and Leavine Family Racing owner Bob Leavine both went very public with their gripes after Dover but no one expects much change. Leavine, owner of a single-car, midpack team, used Twitter to concur with Busch’s opinion of the rules package and has spent the two days since the race defending his position.

When a self-described longtime fan tweeted to Leavine that the sport has devolved into “little more than what I perceive professional wrestling to be. All pomp and staging and very little of what we fans care about,” Leavine did not disagree.

“Before Dale Sr. passed, he was the kind of guy NASCAR trusted, could go to and say things and the drivers all trusted and said we’re on board with him. I don’t really feel there’s that type of communication since Dale Sr. left,” Harvick said. “There’s no guy and no one really in the very top of the NASCAR executive side of things that has the experience inside the car that can relate to the drivers and say this is what these guys are feeling, what they’re saying and I understand their frustrations.

“It’s a very tough, tough position. After all this stuff is laid on the table by the race winner (Truex), Bob Leavine and Kyle Busch. There’s a lot of things to digest here.”

Memphis, Wiseman have 1 more game, then it’s back to court
How the Indianapolis Colts’ Kenny Moore helped save a dog’s life, and maybe a young man’s
Ohio State up to No. 3 in Amway Coaches Poll behind Clemson, Alabama