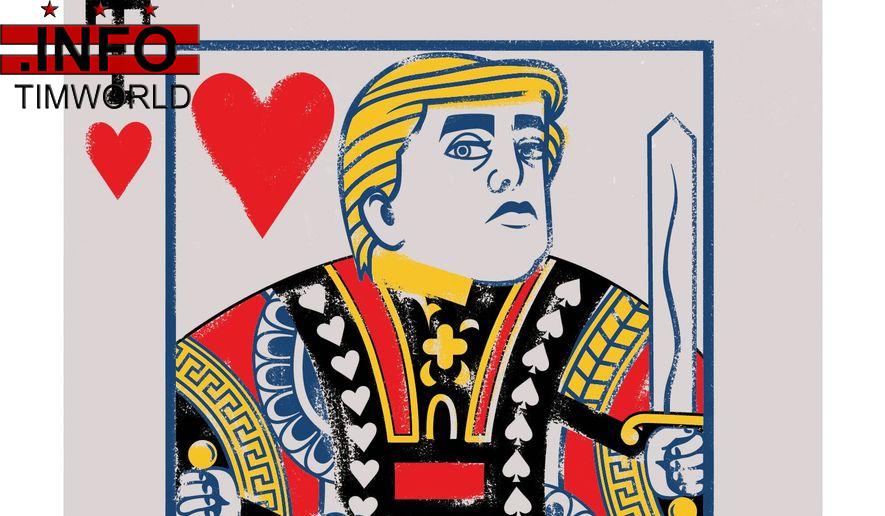 At 80 years of age, Ali Khamenei is an old man in a hurry. The ruler of the Islamic Republic of Iran regards himself as the leader of a global revolution, one that began years before the advent of al Qaeda, that jihadi-come-lately.

His ambition is to establish a great Islamic empire, a successor to those that dominated the civilized world in antiquity. That requires “Death to America!” because America is the leader of the West or, as he might prefer, the “Crusader-Zionist alliance.” He believes, not without reason, that the acquisition of nuclear weapons is the surest means to that end.

Already, his regime controls Lebanon through Hezbollah; props up the mass-murdering dictator in Syria; strengthens the Houthi rebels in Yemen; and has increasingly exercised power over Iraq as well.

At home, by contrast, he has achieved little. But giving Iranians peace and prosperity and the best darned health care system in the Middle East are not goals that interest him. As his predecessor, Supreme Leader Ruhollah Khomeini, pithily noted: “The revolution is not about the price of watermelons.”

Ayatollah Khamenei has held power since 1989 and, for the past 20 years, he has relied upon Qassem Soleimani, commander of the Quds Force, the expeditionary wing of his Islamic Revolutionary Guard Corps (IRGC) to advance his imperialist project.

The charismatic Gen. Soleimani was responsible for the killing and maiming of hundreds of Americans in Iraq following the fall of Saddam Hussein in 2003. He facilitated the slaughter of hundreds of thousands of Syrians. He was behind terrorist plots in more than half a dozen lands, America among them, and he had been designated a terrorist by both the United States and the United Nations.

Republican and Democratic administrations alike have done nothing serious about the metastasizing threat posed by the Islamic Republic. President Obama thought he could appease Iran’s rulers. He offered them respect, wealth and power — the opportunity to “share the neighborhood,” as he put it.

We can call that an interesting experiment. We cannot call it a success. One illustration: After Mr. Obama concluded his nuclear weapons deal with Tehran in 2015, the IRGC seized two U.S. Navy vessels, capturing and publicly humiliating 10 U.S. sailors. When the sailors were released, Secretary of State John Kerry thanked Iran’s rulers for returning them “peacefully and efficiently.”

President Trump has taken a different approach. He withdrew from Mr. Obama’s Iran deal, and he has applied “maximum pressure” to the Iranian economy in an attempt to change the regime’s behavior.

Tehran has lately attacked ships in international waters, destroyed Saudi oil facilities and downed a $130 million American drone. In the face of these and many other provocations, Mr. Trump exercised restraint.

The result: On Dec. 27, Kataib Hezbollah, one of the Shia militias led by Soleimani, rocketed a military base near Kirkuk, killing one American and wounding four U.S. service members. Two days later, Mr. Trump struck several Kataib Hezbollah bases, killing at least 25 of its warriors.

Next, Kataib Hezbollah and other Iranian-backed groups attacked the U.S. embassy in Baghdad. On Jan. 3, the 62-year-old Soleimani arrived in the capital. His presence there was illegal under a U.N. Security Council Resolution.

He didn’t take that seriously. Nor did he fear Americans who have been in Iraq legally. Why would he? Do predators fear their prey? It was the final mistake of his blood-soaked life.

I suspect Ayatollah Khamenei was shocked as much as angered by the killing of Soleimani. He had figured Mr. Trump was all boast and bluster, with no bite beyond that which America’s capitalist teeth could apply.

As I’ve written in previous columns, “The Americans can’t do a damn thing!” is a slogan first uttered by Ayatollah Khomeini when he realized that President Jimmy Carter was unwilling or unable to respond effectively to the seizure of the U.S. Embassy in Tehran, and the taking of our diplomats as hostages 40 years ago last fall.

It has been an article of faith ever since that the United States would always be flummoxed by asymmetric and unconventional warfare, disciplines in which Soleimani excelled.

Indeed, on Jan. 1, in response to Mr. Trump’s vow to hold Iran’s rulers “fully responsible” for any lives lost at the besieged Baghdad embassy, the supreme leader’s official website proclaimed: “There is no damn thing you can do.”

The ayatollah is now vowing “harsh revenge.” And on Sunday, Iraq’s Shia legislators, who hold a majority of seats in the parliament, voted for a resolution asking U.S. forces to depart.

Some revere Ayatollah Khamenei and will be pleased if Iraq becomes a colony of his growing Islamic empire. Others are simply not prepared to jeopardize their lives by standing up to Tehran. Sunni and Kurdish legislators did not show up for the non-binding vote. I’ll be surprised if the 5,000 American troops now in Iraq leave any time soon. But I’m often surprised these days.

On Monday, Soleimani’s replacement, Gen. Esmail Ghaani, vowed “to remove the American presence from the region” and help bring about the “global rule of the Hidden Imam,” a messiah figure in Shia Islam, one whose will is done through the supreme leader. Yahya Rahim-Safavi, a senior adviser to Ayatollah Khamenei, vowed the United States would leave the Middle East “in disgrace and defeat.”

Should that happen, the world’s leading jihadis will be a giant step closer to realizing their dreams. And a rich and powerful despot in Tehran, now in the twilight of his life, will be consoled by the knowledge that his favorite comrade-in-arms did not die in vain.

• Clifford D. May is founder and president of the Foundation for Defense of Democracies (FDD) and a columnist for The Washington Times.