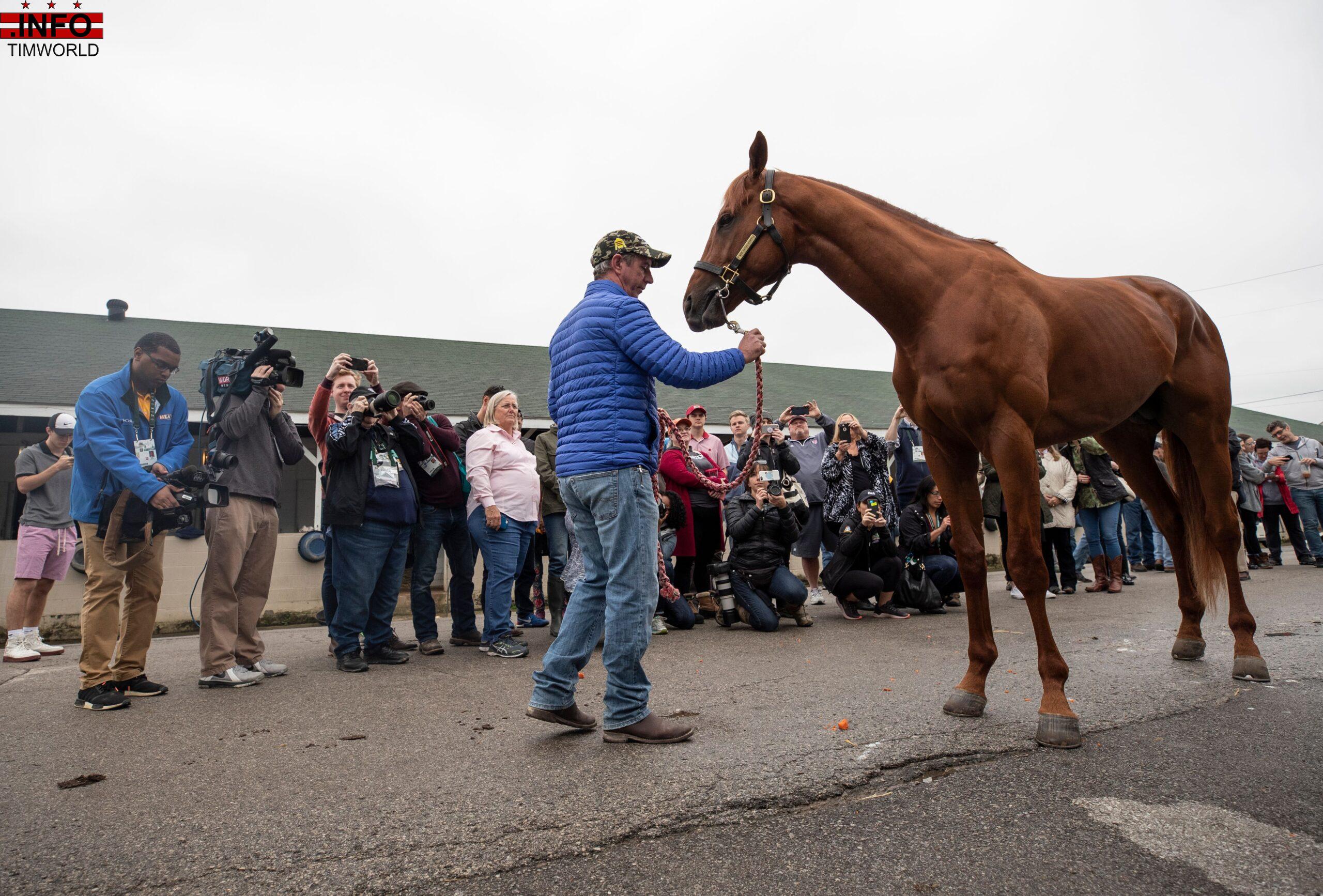 There will be no chase for a Triple Crown in 2019.

For the first time in 23 years, the Kentucky Derby winner will not compete in the Preakness. The Daily Racing Form was the first to report Tuesday that Country House is out of the May 18 Preakness at Pimlico Race Course in Baltimore. Pimlico confirmed the news Tuesday afternoon.

“It’s probably a little viral thing. Hopefully it doesn’t develop into anything serious.”

The last Kentucky Derby winner to skip the Preakness was Grindstone, who was retired five days after winning the 1996 Derby because of a knee injury.

American Pharoah ended a 37-year Triple Crown drought when he accomplished the feat in 2015, and Justify became the 13th horse to sweep the Kentucky Derby, Preakness and Belmont last year.

Since Saturday’s disqualification of Maximum Security bumped Country House into first place in the Derby, Mott had been hesitant about committing his horse to the Preakness. Mott said previously that he preferred to run his horse next in the June 8 Belmont, but felt an obligation to keep the Triple Crown in play.

“We don’t want to pooh-pooh the Triple Crown,” Mott said Monday. “We want to support that. … If there’s anything we don’t like as we get into the weekend or early next week, we won’t feel – I don’t feel – a lot of pressure to run him.”

LEGAL ISSUES: Could a court overturn Maximum Security’s DQ in Kentucky Derby? Don’t bet on it

The lack of a Kentucky Derby winner is just another blow for Pimlico, which announced in March that it was closing 6,670 seats at the facility because of structural concerns.

The Stronach Group issued a statement Tuesday, saying the absence of the Kentucky Derby winner “doesn’t take away from the excitement and thrill of this legendary event. We anticipate an outstanding group of horses who will race in this year’s Preakness Stakes.”

Shug McGaughey, trainer of Kentucky Derby runner-up Code of Honor, also told the Daily Racing Form on Tuesday that he will not send his horse to the Preakness.

Only three horses who ran in the Kentucky Derby are known to be considering the second jewel of the Triple Crown – Improbable (fourth place), War of Will (seventh place) and Bodexpress (13th place).

“With Maximum Security not in there, that’s why we’re running,” Improbable trainer Bob Baffert said. “I think (Improbable) ran very well (in the Kentucky Derby). They were all stuck there together, all bunched up. When he finally got loose, he made a little run.”

War of Will trainer Mark Casse admitted the Preakness might not have the appeal without Country House, Maximum Security or Code of Honor competing.

“Honestly, I’d rather take them on,” Casse said. “But if they’re not there, it’s not going to keep us from going. It’s still the Preakness, and we want to win it.”

Seven horses who did not compete in the Kentucky Derby are considered probable for the Preakness – Alwaysmining, Anothertwistafate, Bourbon War, Laughing Fox, Mr. Money, Owendale and Signalman.

“I do think that Maximum Security is a really good horse, and if he’d kept his path he probably would have won (the Derby),” McPeek said. “But he’s not going in the Preakness, so that does open it up. I do think it’s a wide-open 3-year-old crop at this stage. Actually, there are three or four fresh horses for the Preakness. … All of them have to find another level.”