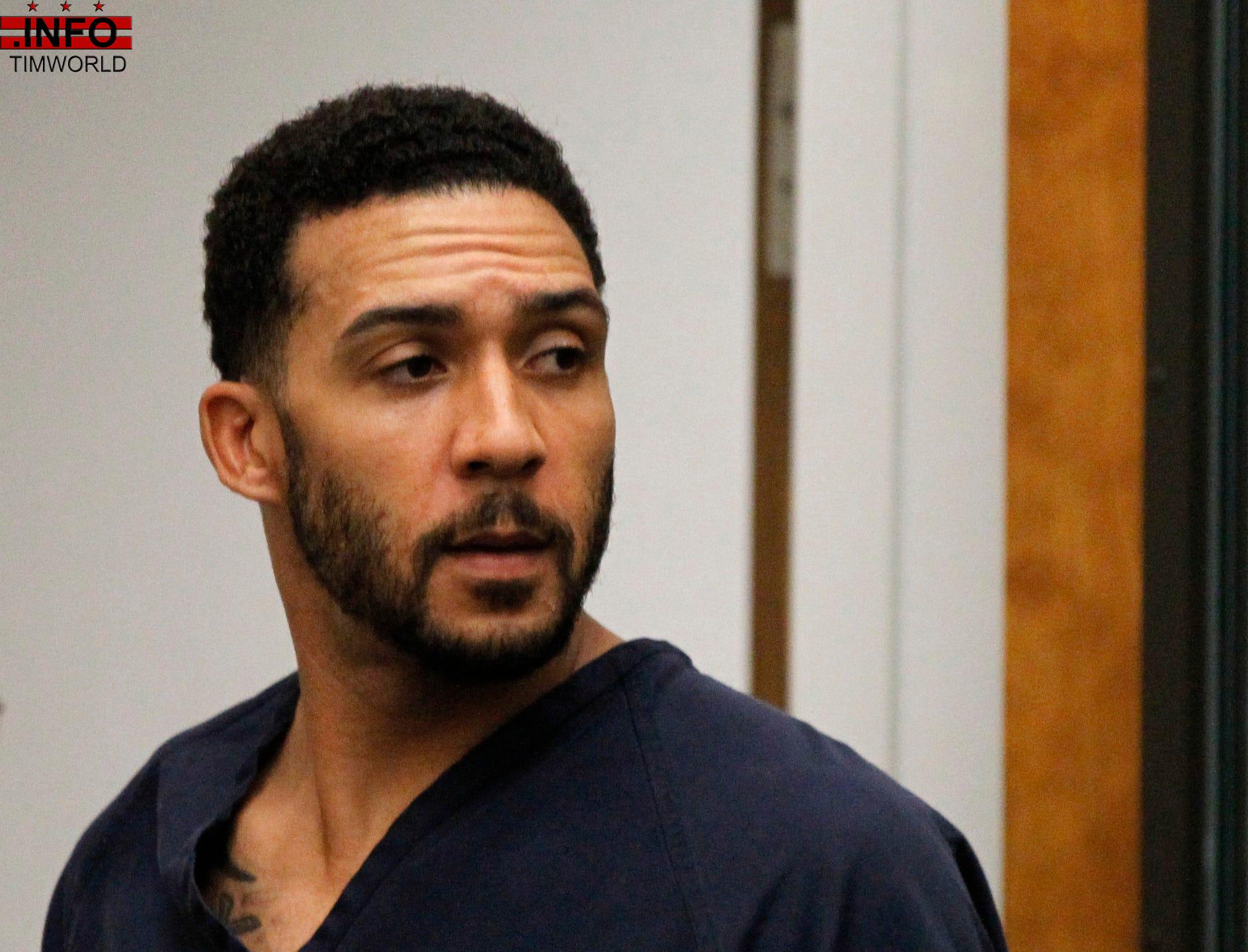 VISTA, Calif. — A 59-year-old Vietnamese woman was gardening in her front yard last year in north San Diego County when she was startled by an encounter with a “pervert in the neighborhood,” as her husband described it.

The woman described the suspect as a tattooed black man wearing a tight cycling outfit. She said this same man introduced himself as “David” about a month before, when he told her he lived down the same street. But this time, the same man had walked up behind her, pulled down his pants and exposed himself to her.

According to San Diego County prosecutors, that man was Kellen Winslow II, the former NFL star.

DAY 3: Witness refuses to look at ‘rapist’ in court

On Thursday, that woman — identified in court as Jane Doe No. 3 — took the witness stand as part of a rape trial that could send Winslow to prison for the rest of his life.

“Does it still upset you?” San Diego County prosecutor Dan Owens asked the woman, who gave her answers through a Vietnamese interpreter.

“Yes, that is correct,” she replied.

“Because he came to my house, and then he took off his pants to show his penis,” she replied. “That’s very sick.”

So went Day 4 of the Winslow trial, a disturbing drama about the alleged rapes of three women and the creepy misdemeanor cases of two others. Before Jane Doe 3’s testimony on Thursday, two others testified on Tuesday and Wednesday — Jane Doe 1, a hitchhiker who said Winslow raped her on March 17, 2018, and Jane Doe 2, a 59-year-old homeless woman who said Winslow raped her on May 13, 2018.

The incident with Jane Doe 3 happened 11 days later, on May 24, eventually leading to a misdemeanor charge against Winslow for indecent exposure.

But the woman said she didn’t look at the man’s face and therefore couldn’t recognize or identify the man in a lineup of six photos or in court.  She also initially described the man as possibly only a couple of inches taller than her own height of about 5-foot-6. Winslow is about 6-foot-4. And that could be a problem for the government.

His attorney, Brian Watkins, barely felt the need to contest her account on the stand.

“While she was clearly the victim of indecent exposure by someone, I don’t think there is enough evidence to prove that it was Winslow,” said Lisa Houle, a former Los Angeles County prosecutor who is not involved in the case but is monitoring it.

The government still has time to prove its case in a trial expected to last well into June. Her incident also only amounts to a single misdemeanor count against Winslow, 35, a former NFL first-round draft pick who is facing 12 criminal counts in this combined trial overall — seven felonies and five misdemeanors involving five women.

Beyond that, the testimony of Jane Doe 3 adds to the torrent of graphic and unsettling  details heard this week by a jury of eight men and four women, plus three alternates. In just three days of testimony, that jury has been bombarded with explicit language and evidence related to terrifying encounters faced by vulnerable women, including raw photos of one alleged victim’s private parts.

“Jane Doe 3 is arguably most useful to the prosecution in helping to sway the jury that where there’s smoke, there’s fire,” said San Diego criminal defense attorney David P. Shapiro, who is not involved in this case but is monitoring it. “In other words — that Mr. Winslow shows a pattern of lewd conduct and may be capable of committing horrendous sexual misconduct.”

Owens tried to draw out the timeline of her bizarre encounter Thursday.

“After you saw his penis, what was he doing?” he asked.

She then got her husband, and they contacted police.

Winslow has pleaded not guilty as his attorneys try to show the jury that the sex in the rape cases was consensual, not rape, and that the alleged victims are mistaken or were pursuing him for money.

In the case of Jane Doe 3, Owens on Monday previewed other evidence against Winslow that has not yet been presented to the jury. Owens specifically mentioned Strava, a digital fitness network that uses GPS data to track running and cycling workouts.

USA TODAY Sports reported last year that Winslow took a 19.25-mile bike ride logged by his verified Strava account the same day as the alleged incident. That record shows he passed along the same street as Jane Doe 3, who lived on the same road as Winslow near the city of Encinitas, maybe a half mile away.

On Thursday, she described the man that day as being built like a pro cyclist and having a bike.

“Were you afraid of this man?” Owens asked.

Two other alleged victims have yet to testify. One is Jane Doe 4, who accused Winslow of raping her while unconscious at a party in 2003, when she was 17 and he was 19. The other is Jane Doe 5, a 77-year-old woman who was in a hot tub at a nearby fitness club in February when Owens said Winslow masturbated next to her while he was out on bail for the other cases.

Winslow, who is married with children, once was the highest paid tight end in NFL history with a contract worth up to $40 million. Fifteen years later, he has been in jail here since March, with the rest of his life at stake now in the courtroom of Judge Blaine Bowman.

The defendant appeared at trial every day this week in a dark suit and glasses, seated just a few feet ahead of his father, a Pro Football Hall of Famer who played for the San Diego Chargers from 1979 to 1987.

More witnesses are scheduled to take the stand on Tuesday after the holiday weekend.