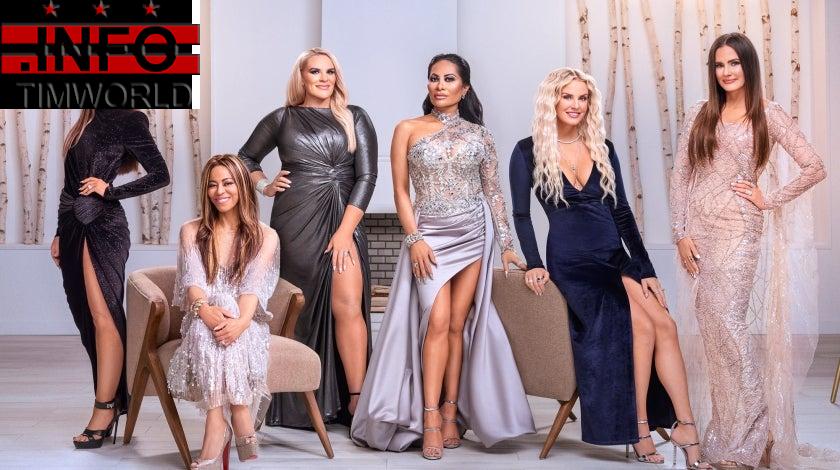 The dust is far from settling when it comes to Kathy Hilton’s feud with Lisa Rinna and her sister, Kyle Richards, but there just may be some glimmer of hope when it comes to one of those strained relationships.

While walking the red carpet at BravoCon on Friday in New York City, Hilton spoke to ET’s Brice Sander and offered an update on where she stands with the former Melrose Place star and her baby sister.

As diehard Real Housewives of Beverly Hills fans know, Rinna has been at the center of controversy since season 12 kicked off — from her one-sided feud with co-star Sutton Stracke to her recent drama with Hilton. The latter came about after the cast trip to Aspen, Colorado, where the women recall Hilton having a “mountain-sized meltdown” in a nightclub. Rinna alleged that Hilton went further when the two were alone, insulting certain cast members during the outburst, including her sister.

When asked where she stands when it comes to her relationship with Rinna, Hilton offered, “I have no idea” and did not expand any further.

As for her relationship with Richards, Hilton said there has been some communication.

“We’ve been texting,” Hilton said, “and she’s been in New York here for a few days before I got here.”

The Halloween Ends star recently spoke to ET about how the ordeal with her sister affects her.

“You know, I don’t think people realize how much the conflict with my family affects me,” Richards told ET’s Will Marfuggi. “I try to not think about it and bury it too. It’s very painful to have these things play out on camera in the public eye and I knew it was going to be a difficult day, but that was the worst reunion in 12 years for sure.”

And, it turns out, time doesn’t heal all wounds, at least not yet.

“You know, things could be better,” Richards said of her status with Hilton. “And I have high hopes that we will work through things like we have in the past we are blood. We’re sisters and family can be complicated sometimes.”

Hilton was also informed about Rinna getting booed Friday after “Thrills in Beverly Hills” panel host Brad Goreski introduced her. And for those wondering, Hilton didn’t take any joy.

Brian Austin Green Talks Baby Zane, Whether He Wants to Expand His Family, & His New Mockumentary (Exclusive)
Pac-12 power rankings: Oregon, Utah stay on course as UCLA makes major surge forward
Save Up to 50% Off Underwear at the Amazon Summer Sale: Huge Savings on Calvin Klein and More