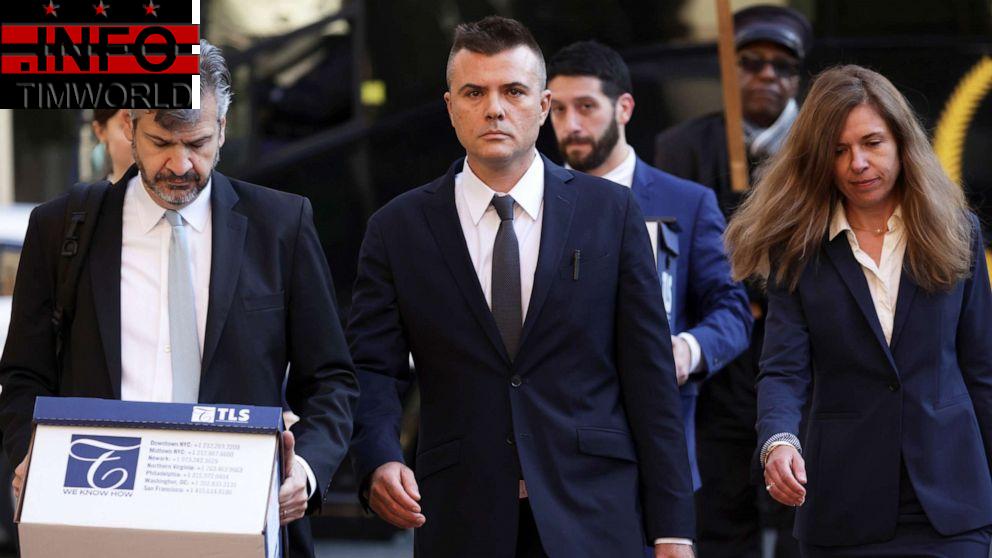 A federal jury in Alexandria, Virginia, is deliberating the fate of Igor Danchenko, the Russian national accused of lying to federal investigators about information he collected in 2016 for former British intelligence officer Christopher Steele that was compiled in Steele’s now-infamous “dossier” detailing Donald Trump’s alleged ties to Russia.

A Washington-based think tank analyst, Danchenko was hired by Steele to contribute intelligence information to Steele’s research. He became a primary source to what came to be known as the “Steele dossier,” which included explosive and unproven claims about Trump.

In a November 2021 indictment, prosecutors accused Danchenko of misleading FBI agents about his sources of information. Danchenko has pleaded not guilty.

MORE: Behind the dossier: How Christopher Steele penned his reports — and the fallout from his unmasking

Danchenko’s trial is the final case of three prosecutions secured by special counsel John Durham in his years-long probe into alleged misconduct by the FBI and intelligence community in their investigation of Trump’s ties to Russia.

On Monday, Durham himself questioned prosecution witnesses and delivered the prosecution’s rebuttal at the end of closing arguments.

Danchenko served as a paid FBI informant from 2017 to 2020, when the bureau was pushed to sever its relationship with him after the Justice Department named him as a source for the Steele dossier.

Federal prosecutors have argued during the trail that Danchenko misled the FBI during three days of voluntary interviews in January 2017 about where the dossier’s information came from and about his contact with other individuals. They said Danchenko told a “shifting story” to the agents who were trying to trace the source of the information.

The government alleges that false information provided to the FBI by Danchenko was used to renew the bureau’s application to continue its secret surveillance of former Trump campaign adviser Carter Page after Page’s visits to Moscow.

After the prosecution rested its case Friday, the defense asked U.S. Judge Anthony Trenga to dismiss all five counts in the indictment against Danchenko, saying that Durham did not prove Danchenko lied to the FBI and obstructed its investigation into Trump’s alleged Russian ties.

Trenga dismissed one count: the prosecutions’ accusation that Danchenko falsely told the FBI that he never spoken with “a long-time participant in Democratic Party Politics” about any allegations included in the dossier. The judge ruled that Danchenko’s denial was “literally true” because the communication occurred over email and not via the spoken word.

In the defense’s closing argument, Danchenko attorney Stuart Sears accused prosecutors of being on a “mission to prove [Danchenko] a liar” and said they failed to present evidence which “doesn’t support their narrative that he’s a liar.”

Sears also pointed to the defense’s cross examination of the prosecution’s FBI witnesses, during which they spoke of the value of Danchenko’s contributions as an intelligence source and said that his outing as a source had damaged U.S. national security.

“They didn’t say what [the prosecution] wanted them to say,” said Sears, who contended that the prosecutor’s own evidence “proves the defendant is not guilty.”

In the government’s closing argument, prosecutors told jurors that Danchenko’s “own words” in emails from 2016 demonstrate that he provided misleading statements to investigators.

“You didn’t check your common sense at the courthouse door. You need to use it,” prosecutor Michael Keilty told the jury.