Judge: Trial of white officer in chokehold death can proceed 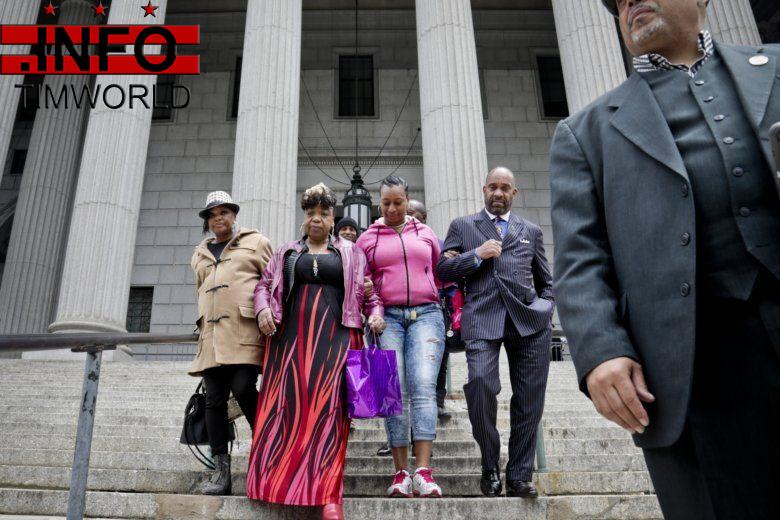 NEW YORK (AP) — A judge cleared the way Thursday for a disciplinary trial to begin next week for the white New York City police officer accused in the 2014 chokehold death of Eric Garner, an unarmed black man whose pleas of “I can’t breathe” became a rallying cry against police brutality.

Judge Joan Madden rejected Officer Daniel Pantaleo’s contention that a police watchdog agency lacked jurisdiction to bring the case because its investigation started with a complaint from a woman who claimed to be a witness but gave a questionable account of what happened.

Pantaleo’s trial is scheduled to start Monday. He could face punishment ranging from the loss of vacation days to firing if he is found to have violated department rules regarding the reckless and intentional use of a chokehold.

Pantaleo has been on desk duty since Garner’s July 2014 death. A grand jury on Staten Island declined to indict Pantaleo on criminal charges. Federal prosecutors have until July to file civil rights charges.

“It has been nearly five years since this tragic incident,” Madden said in issuing her ruling. “The Garner family, the police officer and the public should have resolution of the issues involved in this trial.”

The Civilian Complaint Review Board is acting like the prosecution in Pantaleo’s administrative case under a memorandum of understanding with the NYPD. Pantaleo’s lawyer, Stuart London, argues the department, which conducted its own internal affairs investigation, should be handling the prosecution itself.

Garner’s mother, Gwen Carr, said she was relieved that Madden ruled to allow the case to proceed. London said that the ruling was anticipated but that he was obligated to try and delay the trial.

Garner, who was 43, refused to be handcuffed after police stopped him for allegedly selling loose, untaxed cigarettes. Pantaleo is seen on a widely watched cellphone video putting Garner in an apparent chokehold, which is banned under NYPD policy. Garner is heard gasping, “I can’t breathe.”

London said he plans to call up to 10 witnesses at the trial, including a training officer who taught Pantaleo an approved technique known as a “seat-belt hold” that London says is being confused with a chokehold.

At a department hearing last month, London said the NYPD’s chief surgeon ruled in 2014 that Pantaleo hadn’t used a chokehold on Garner.

Whether Pantaleo takes the witness stand is a “game-time decision,” London said.

Garner, who was heavyset and had asthma, suffered a heart attack in an ambulance and was pronounced dead at a hospital. The medical examiner ruled the death a homicide caused in part by a chokehold.

Garner’s family received $5.9 million from the city in 2015 to settle a wrongful death claim.