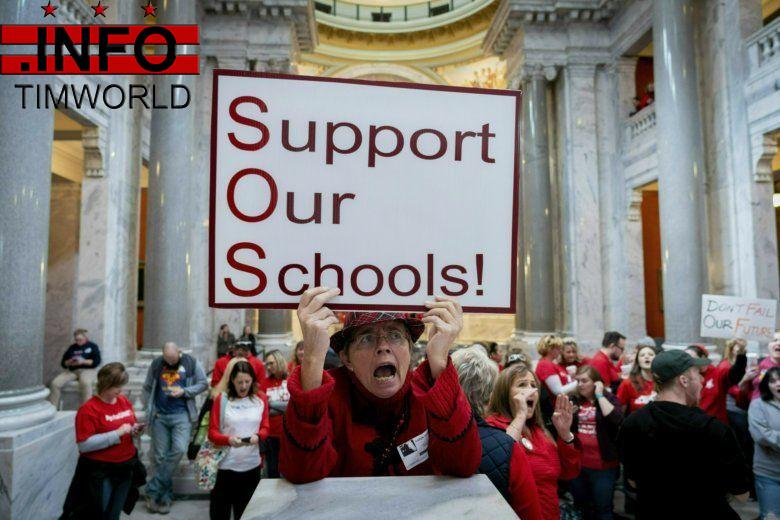 FRANKFORT, Ky. (AP) — Kentucky Gov. Matt Bevin’s administration can push ahead with subpoenas sent to school districts as part of an investigation into teacher sickouts, a federal judge ruled Thursday.

U.S. District Judge Danny Reeves denied a temporary restraining order sought by the state’s attorney general to block the subpoenas. The case — escalating a feud between the state’s governor and attorney general — stems from teacher protests at Kentucky’s Capitol while the Republican-led legislature was in session this year. The sickouts forced some schools to close.

The protests over several education bills were part of a wave of teacher activism that began last year in West Virginia and spread to other states, including Oklahoma and Arizona.

The subpoenas in Kentucky seek the names of teachers who might have used sick days to attend the statehouse rallies. The state’s Labor Cabinet has the authority to fine public employees for participating in illegal work stoppages.

Attorney General Andy Beshear on Thursday called the judge’s ruling disappointing but said the case is “far from over.” He added that “our teachers should be respected, not attacked.”

The ruling will allow the cabinet to “fulfill its statutory obligation to all Kentuckians,” she said.

The case is wrapped up in election-year politics. Bevin, a Republican, is seeking reelection this year, and Beshear hopes to prevail in this month’s Democratic primary to try to unseat him.

Bevin has ridiculed the lawsuit seeking to block the subpoenas as “an absolute stunt” and told reporters recently that Beshear was “ginning up things to try to help his campaign.”

After the ruling, Beshear vowed to “continue to fight this governor’s attempts to punish and fine our teachers $1,000 per day.”

He claims the state’s labor secretary exceeded his authority in issuing the subpoenas because the teachers were not involved in a strike or work stoppage. Bevin’s legal team says students and parents were harmed by school closings and the labor investigation should continue.

The case was shifted to federal court recently after state Labor Cabinet attorneys filed a notice of removal from state court.

In his ruling, Reeves said most information sought in the subpoenas has been provided to labor officials. Education officials recently gave Bevin’s administration the names of teachers possibly involved in sickouts after receiving a subpoena from the state.

During a recent hearing before Reeves, attorneys said the records handed over by education officials contained names and some other information, such as doctors’ excuses, but not everything sought by the Labor Cabinet, the Lexington Herald-Leader reported.

There’s a public interest in the cabinet’s ability to investigate sickouts, the judge said.

“The citizens of Kentucky pay the salaries of the school employees involved in the ‘sickouts,’” Reeves wrote. “Public education is not free. And if teachers violate the law, the Labor Cabinet should be able to investigate. An injunction prohibiting the Labor Cabinet from doing its statutorily authorized duty … jeopardizes the public perception of the government.”

Some might think the lawsuit’s claims “stand logic on its head — and they may be correct,” the judge said.

“Students are expected to attend classes,” he said. “If they fail to do so without a valid excuse, their absence is duly-noted and appropriate action is taken. But the teachers at the center of this controversy expect different treatment.”

The judge added that he also denied the motion for a restraining order because plaintiffs “have not shown a likelihood of success on the merits of their claims.”