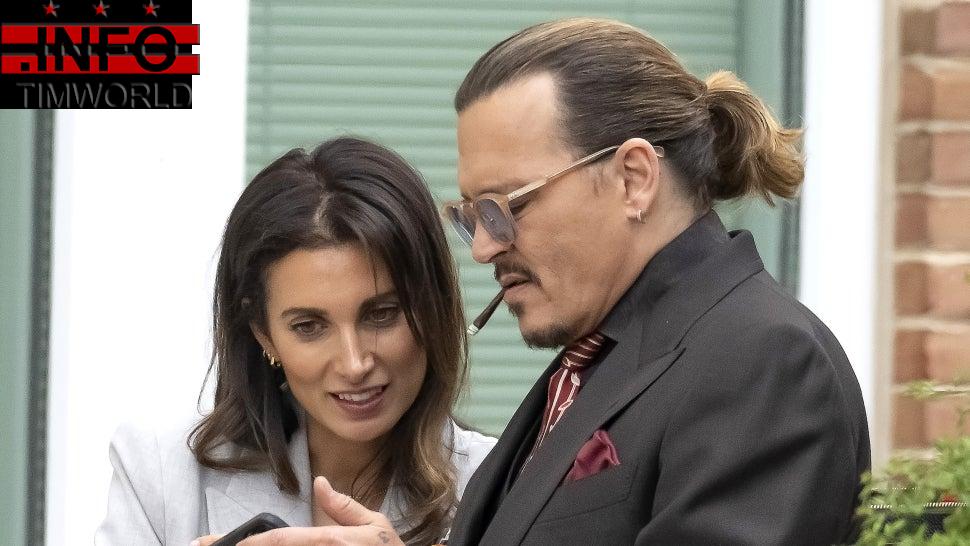 Johnny Depp’s got a new love interest in his life and she’s a lawyer. But it’s not that lawyer.

According to multiple reports, the Pirates of the Caribbean star is dating Joelle Rich, the U.K. lawyer who represented him in his libel lawsuit against The Sun‘s publisher, News Group Newspapers, after the outlet published an article in April 2018 referring to Depp as a “wife beater.” Depp lost that lawsuit in November 2020 after the judge in the case ruled The Sun proved that what it published in the article was “substantially true.”

A little over four months later, the U.K. court would deny the actor’s request to appeal the ruling. At the time, Rich of Schillings Partners told Deadline she “seriously questioned” the U.K. court’s decision and that the actor was looking forward to “presenting the complete, irrefutable evidence of the truth in the U.S. libel case against Ms. Heard where she will have to provide full disclosure.”

While she was not part of Depp’s legal team that convened for the six-week long case in Fairfax County, Virginia, that resulted in Depp’s sweeping victory in court, Rich did make at least two appearances, reportedly in a show of support. She was photographed at least twice in May, once outside the courthouse next to Depp, who was showing her something on his phone, and again inside the courtroom when she was seen hugging one of Depp’s attorneys, Camille Vasquez.

There are conflicting reports on whether the relationship between Depp and Rich is serious. In any event, the new romance, as first reported by Us Weekly, finally puts to bed once and for all the romance rumors that swirled around Depp and Vasquez just a few months ago.

The rumors started in May after Vasquez passionately defended Depp and grilled Heard on the witness stand. Vasquez, who was also behind the countless objections while Heard was under direct examination, quickly gained a cult-like following after her cross-examination. One fan even tweeted, “Does the courthouse have a coroner on site? Because they’re gonna need one when our queen Camille Vasquez is done with Amber Heard and her career praise will be the queen.”

Another Depp fan posted a video on TikTok showing Depp looking at Vasquez and smiling as she talked, with “The way he looks at her” text appearing on the video.

Another reason for growing speculation that the high-powered attorney was dating the embattled 59-year-old actor? When Heard was dismissed from the witness stand at one point, court video showed Vasquez giving her colleague a brief hug before she moved a chair out of the way to embrace Depp — hugging him twice, patting his chest twice and holding his hand. Depp, sporting a huge grin, rubbed her back and kept his eyes on her as she walked away.

Paparazzi also got Vasquez leaving the courthouse when a photographer asked her if she was dating Depp. Vasquez didn’t provide an answer, and instead smiled and chuckled.

As the rumors intensified, a source told ET that the rumors were “entirely, 100 percent, unequivocally untrue.”

The following month, Vasquez told People that the rumors were disappointing and sexist.

“It’s sexist,” she added. “It’s unfortunate and it’s disappointing, but at the same time it kind of comes with the territory. I can’t say I was all that surprised.”

The Best Loungewear for Relaxing at Home During the Holidays
The Latest: Greinke out of trouble, Astros lead 2-0 after 3
Selena Gomez Drops New Album ‘Rare’: All the Lyrics Fans Think Are About Justin Bieber