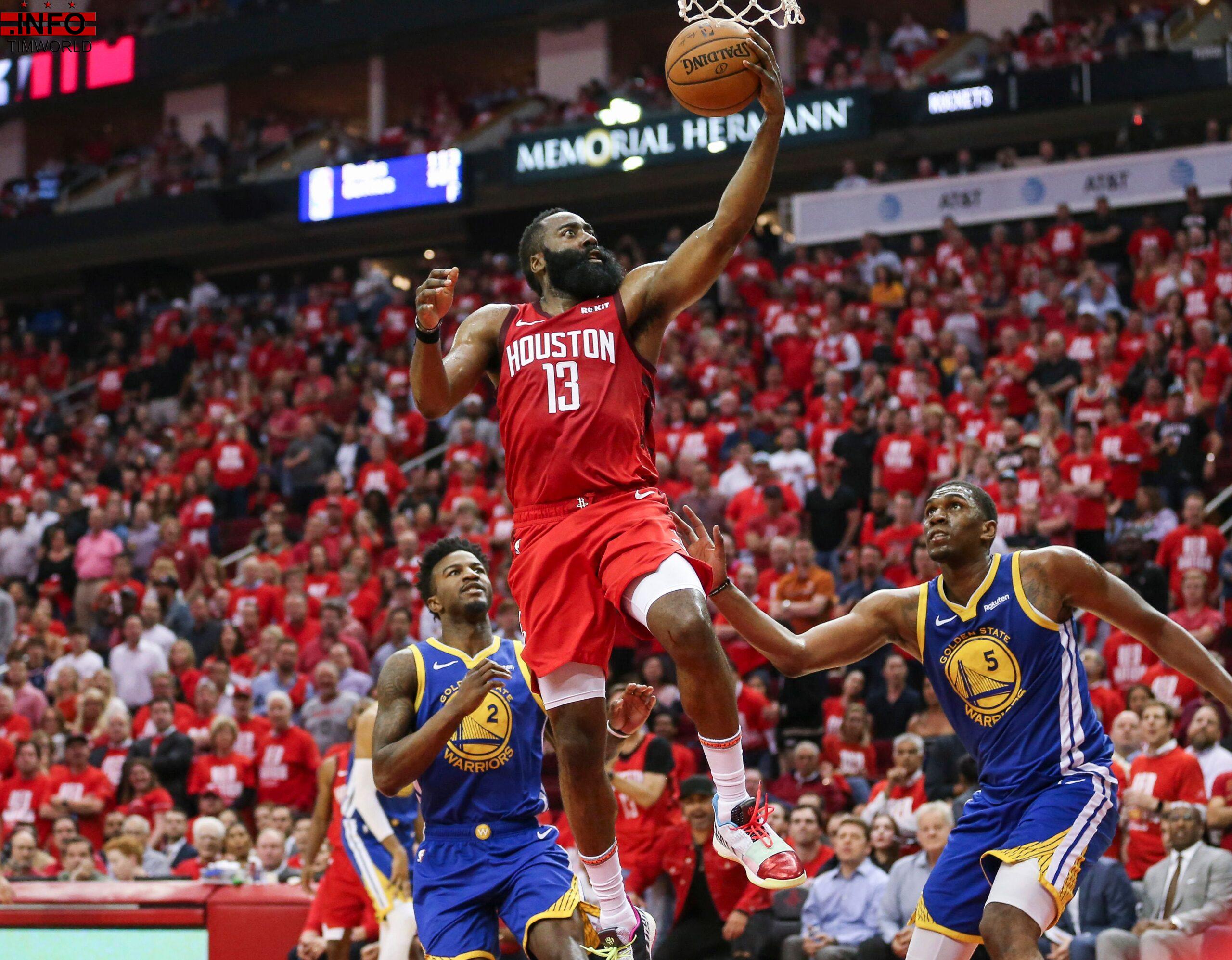 HOUSTON – James Harden still has that reddened eye, but he wears it as a badge of honor now instead of a reason to feel sorry for himself.

“A lucky charm,” the Houston Rockets star said. “I hope it is.”

Harden is feeling better about life in general compared to a week ago. Back then, he and the Rockets left Oakland trailing the Golden State Warriors 2-0 and facing a monumental task just to make their Western Conference semifinal competitive.

The NBA’s big-scoring bearded wonder was struggling to see and was unsure when his vision would recalibrate after being accidentally raked by Golden State enforcer Draymond Green.

But after leading Houston back to a 2-2 tied series with performances of 41 and 38 points, respectively, Harden is riding the wave of positivity coursing through his team, despite retaining an ocular look that teammate Chris Paul describes as “scary.”

“It just looks crazy,” Harden said. “It is getting better. I am able to run around and see what I’m doing, so that’s all that matters. The doctor said it would probably be a couple more days or maybe another week before it clears out. As long as I can keep putting my eye drops in and I don’t feel any pain or any soreness in my eye, I should be good.”

After being such a dominant figure all through the regular season with his record-breaking scoring exploits, Harden was initially unable to provide a telling lift against the Warriors, hitting 18-of-47 from the field in the first two games and performing well below his best.

That was rectified on Saturday and Monday at the Toyota Center, to the point where despite the two-time defending champions still holding home court advantage, it might be the Rockets who are the more confident team heading into Game 5 on Wednesday.

“James is tough, man,” Paul said. “He hits big shot after big shot every night. He doesn’t take nights off. People don’t get to see the work he puts in. We are used to it.”

The series shaped up as a classic battle between an outstanding individual against one of the NBA’s greatest modern teams, but it hasn’t quite worked out that way.

In fact, it has been Golden State who has relied on a dominant figure – Kevin Durant – who has probably been the only Warrior to play to his full potential. Houston, meanwhile, has enjoyed above-average productivity from the likes of Eric Gordon, P.J. Tucker and Austin Rivers, who have combined effectively to take the heat off Harden.

“(James) has been attacking since he was at Artesia High School [in California],” Durant joked. “Nothing has changed but the jersey.”

There is a noticeable lift in Harden’s demeanor coming out of Houston. He mumbled his way through a media conference after Game 2, clearly maddened by the opening two defeats and concerned that his injury could affect his vision moving forward. Now he is louder, bolder and carrying an extra spring in his step.

When he collided with Green again during Game 4 while getting fouled on a jump shot, this time it was Green left clutching his head on the floor.

Harden is relishing the physical battle – and Houston has started to win it.

Houston’s aggressive approach isn’t always pretty but it is getting the job done. Harden is starting to look mighty scary to the Warriors, and not just because of the eye.

ACC anticipates relatively normal football season, but planning for much more dire scenarios
Five bold predictions for the long-awaited return of the NBA playoffs
Kentucky seeks to build on success after a 10-win season