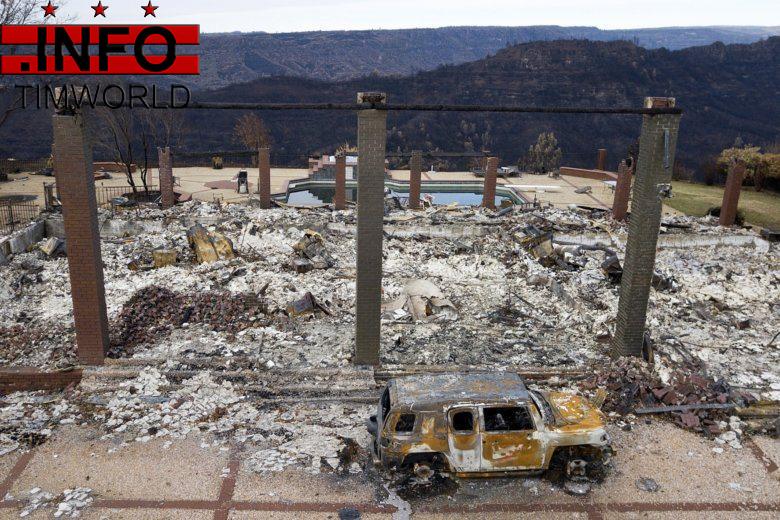 SACRAMENTO, Calif. (AP) — Insurance claims have topped $12 billion for the November wildfires in California, making them the most expensive in state history.

The figure released Wednesday by Insurance Commissioner Ricardo Lara covers the fire that largely destroyed the town of Paradise and two Southern California blazes. It’s up about $600 million from data released in January.

Most of the damages relate to the Paradise fire, which killed 85 people and destroyed nearly 19,000 buildings.

“While last year’s tragic wildfires turned thousands of people’s lives upside down, insurance is helping to rebuild and recover,” Lara said in a news release during Wildfire Preparedness Week.

California experienced some of its deadliest and most destructive wildfires in its history in 2017 and 2018. A series of sweeping fires in late 2017 had been the most expensive, with claims topping $11.8 billion.

The increasing destruction is making it harder and more costly for people to obtain homeowners insurance.

The insurance department has started collecting data on policy non-renewals to better assess patterns and locations where coverage is being dropped, Lara said earlier this year.

“Wildfire has long been part of California’s landscape and insurers understand that California faces major wildfire risk,” said Nicole Mahrt-Ganley of the American Property Casualty Insurance Association, which represents about 60 percent of the nation’s property casualty insurance market. “Insurers are still operating in this competitive and stable insurance market.”

She said in her emailed statement that California homeowners should take steps to mitigate fire damage such as updating their coverage and creating defensible space around their homes.

When insurers decline to renew policies, state law requires them to notify customers about other options. The state has a pooled insurance plan of last result known as the “FAIR plan.”

California lawmakers are grappling this year with ways to address the cost and destruction of wildfires.

Pacific Gas & Electric Corp., the state’s largest utility, filed for bankruptcy in January, saying it could not afford potentially tens of billions of dollars in liability costs related to fires.

State law makes utilities financially liable for damages from wildfires caused by their equipment, even if they aren’t found to be negligent.