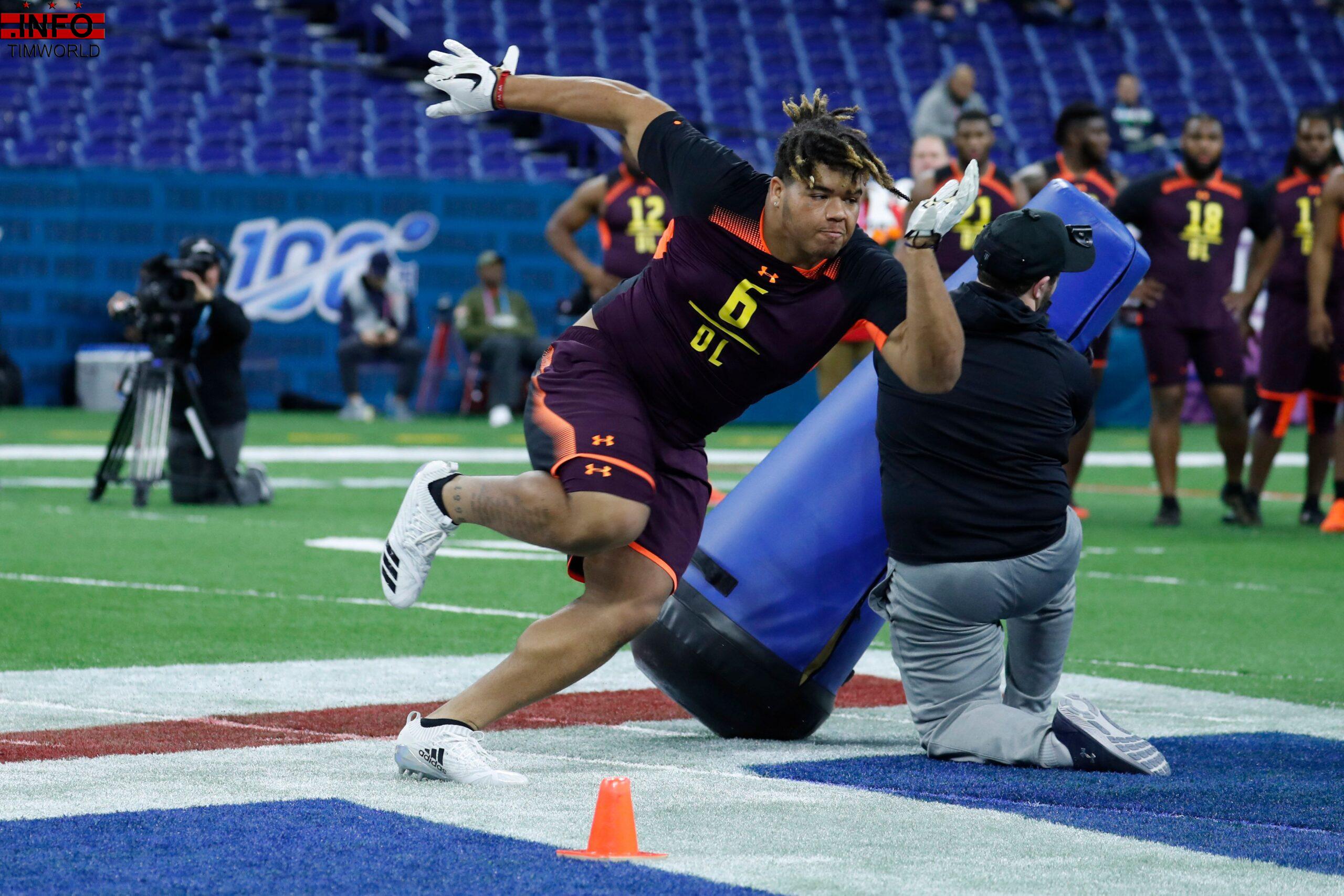 DALLAS — The Cowboys have built a defense on the shoulders of risky second-round draft selections.

They selected linebacker Sean Lee in 2010 after an ACL tear sidelined him an entire college season. Defensive end DeMarcus Lawrence served three separate one-game suspensions at Boise State before Dallas selected him in 2014. Defensive end Randy Gregory failed a drug test at the 2015 combine. And linebacker Jaylon Smith (2016) suffered a knee injury so significant in his final college game that he needed an entire professional season to rehab and repair nerve damage.

So forgive Cowboys owner Jerry Jones if he’s not concerned about defensive tackle Trysten Hill’s disagreements with a coaching staff.

Jones said Tuesday afternoon he has no concerns about the lineman he drafted with the 58th overall pick.

“I do not, no,” Jones said from the groundbreaking of the Gene and Jerry Jones Family Hope Lodge for cancer patients and caretakers in North Texas. “When you have a change in a coaching staff, especially when you have one at that critical juncture, when you’re getting ready to finish your college career, that’s like losing a parent to some degree.

“That’s quite an adjustment for anyone. We took all that into account.”

LETTER TO ROOKIES: NFL means Not For Long

The Cowboys eschewed available top safeties — arguably the team’s biggest area of need — on their board in favor of Hill.

Hill started just a single game in 2018 after starting 13 during Central Florida’s undefeated campaign the season prior. He notched a career-high 36 tackles, three sacks and 10.5 tackles for loss even off the bench. But he didn’t hide disagreements with coach Josh Heupel’s staff in 2018 after Nebraska hired away his previous coach, Scott Frost. He told reporters after the Fiesta Bowl in January that he wasn’t frustrated — but “all that other stuff is out of my control” if he isn’t given an opportunity on the field.

Then “I just feel like some people didn’t really support me the way they should have,” Hill told the Orlando Sentinel ahead of the bowl game.

The Cowboys surveyed Frost’s staff from 2017 and Heupel’s in 2018 and came away feeling “very comfortable,” defensive coordinator Rod Marinelli said. Marinelli, who oversees Dallas’ defensive line, built a rapport with Hill leading up to the draft. The two spent time together at the scouting combine followed by a private workout and subsequent phone conversations. Marinelli gave Hill a contract he asks players to sign regarding their effort and attitude toward practice and games. Marinelli became a sounding board through the pre-draft process. Hill called Marinelli about a week before the draft “just to talk,” he said.

“Having him in my back pocket whenever I needed him was huge,” Hill told reporters the night he was selected. “I can’t put into words how important our relationship is with each other.”

So long as that relationship holds, the Cowboys won’t knock Hill for collegiate discord.

“I want him to just work hard and get his technique down,” Jones said of Hill. “If so, he can be a heck of an asset for the Cowboys.”

“Taco obviously hasn’t made his way into the starting lineup,” Jones told Dallas radio station 105.3 The Fan. “He had a[n] injury last year, which set him back. He didn’t necessarily come back as strong.”

So Hill, joining a defensive line largely developed in-house by Marinelli, will have the chance to crack the rotation immediately. His opportunity for snaps will grow in 2020 if the Cowboys don’t re-sign Collins, who enters the final year of his rookie contract. The Cowboys paid special attention to how ready pick 58 was after dealing their first-round selection to Oakland in exchange for Pro Bowl receiver Amari Cooper.

“You’re operating without a net a little bit,” Jerry Jones said ahead of the draft. “If you start going into the second pick with a real question mark as to this coming year’s contribution? I think logic would dictate me slowing down a little bit there.”

It also dictates speeding up Hill’s development as a player with motor, speed and movement that impressed Marinelli for his 6-3, 308-pound frame.

“I think I fit in well,” Hill said. “Being in that three-technique next to (DeMarcus) Lawrence, next to those guys, I think I’m able to get off the ball, get in the backfield, and disrupt.

“Contribute early and contribute a lot.”

If you love talking football, we have the perfect spot for you. Join our new Facebook Group, The Ruling Off the Field, to engage in friendly debate and conversation with fellow football fans and our NFL insiders.