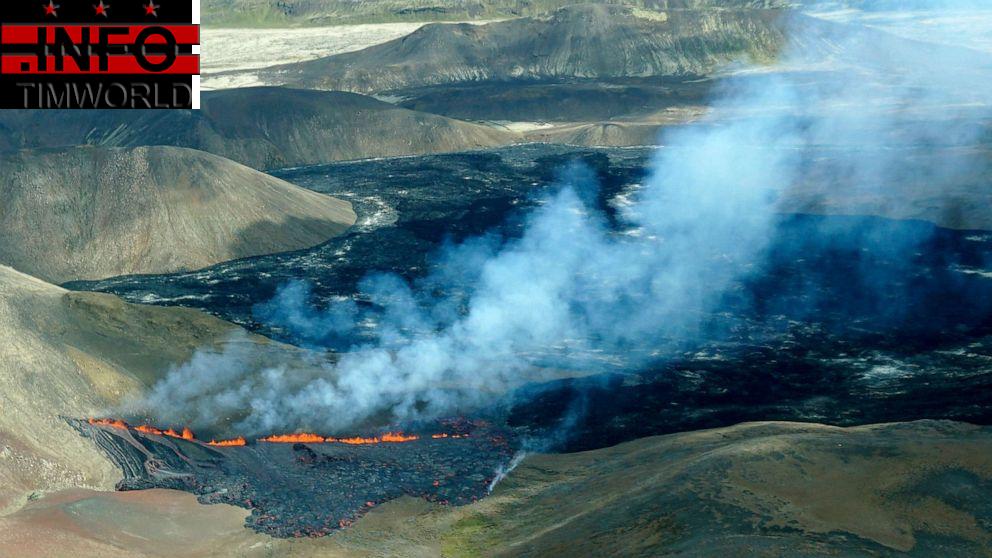 An Icelandic volcano has come back to life after a series of nearby earthquakes rumbled it awake, the Icelandic Met Office reported Wednesday.

On Wednesday morning a 4.6 earthquake was recorded on the eastern side of the Fagradalsfjall volcano, prompting further concerns of volcanic action. An hour later, it began erupting.

According to IMO, a volcanic fissure eruption about 100 to 200 meters long left new magma over a field of lava established by eruptions in the area last year.

The IMO has urged people not to go near the volcano, which is about 20 miles south of the country’s capital, Reykjavik, and its nearby Keflavík Airport. According to its statement, the volcanic gas in the area can be hazardous.

However, the IMO said that it does not believe the eruption will cancel any flights or move into the city.

MORE: Lava continues to flow out of Hawaii’s Kīlauea volcano, one of the most active in the world

The IMO has recorded over 3,000 earthquakes in the last week. The most intense was a 5.4 earthquake recorded on July 31 northeast of Grindavík.

Last year, a six-month eruption from Fagradalsfjall broke an 80- year dormancy of volcanic eruptions in the area.

Tourists flocked to the site from March to September 2021 to see the lava bubble and belch. Now, almost a year later, the same volcano is active.

MORE: Volcanic eruption in Democratic Republic of Congo leaves at least 15 dead along with trail of destruction

“There are indications that the deformation and seismicity is declining and this was precursory to the eruption which started on 19th March 2021,” the IMO said in a statement on Tuesday. “Considering all of the above, the likelihood of an eruption at Fagradalsfjall within the coming days is considered to be substantial.”

A day later, the office has confirmed the reawakening of the visual phenomenon.