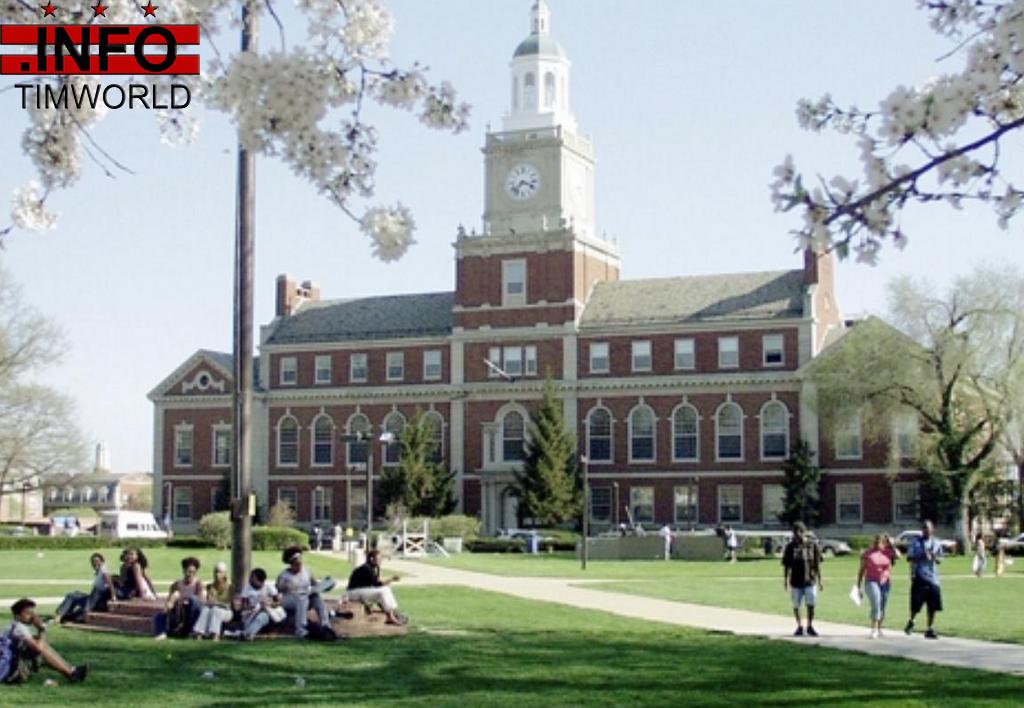 Over the weekend Howard University’s President weighed in on the controversy regarding neighborhood residents using the school’s “yard” as a porta-potty for pups.

It all started when news outlets began reporting on the fury Howard students were experiencing when predominantly White gentrifiers were using Howard’s “yard” area as a place to walk their dogs.

Howard University President Wayne A.I. Frederick, released a response asking for dog walkers to respect the HBCU’s campus after a controversy sparked in which residents were using Howard’s famous and sacred “yard” as a space to walk dogs.

“The yard is for the students and although everyone loves pets, I feel like it’s disrespectful to just have the pets running around- especially when they’re several parks around here,” Howard student Malakhi Briggs told Fox 5.

The controversy hit the proverbial fan when Fox 5 included an interview from Sean Grubbs-Robishaw, who lives nearby.

“They’re in part of  D.C. so they have to work within D.C.  If they don’t want to be within D.C., then move campus,” he said, causing a major outcry and furthering discussion on gentrifcation in the nation’s capital.

In a letter that is both eloquent and infuriating, in that the president of a university even has to address such nonsense, Wayne A.I. Frederick, politely, yet bluntly, speaks for the school, the community and the culture.

“Our campus is a beautiful, sacred space that provides comfort and, in many ways, sanctuary in a place that feels more like a second home than merely an academic institution. The Upper Quadrangle, commonly referred to as the Yard, is a treasured site of many auspicious occasions. Our Commencement Ceremony is the ultimate long walk that symbolizes a sacred tradition, symbolic of every student’s matriculation. The Howard University community wants to see this area remain pristine and symbolic of all that Howard University represents.

“We are aware of the concerns regarding dog walking across campus. Howard is a private institution nestled in the heart of an urban city and we’ve shared a long-standing positive relationship with our evolving community for more than 150 years, which we look forward to continuing in the future.

“We can relate to the Nation wanting to visit and witness the Howard mystique. The institution has a tradition of opening our doors for everyone to observe the best that Howard University has to offer. We’ve shared many symposiums, workshops and concerts with our neighbors. Our annual parade proudly wraps through the surrounding streets and our students walk safely through the neighborhood.

“At the beginning of my presidency we held regular meetings that included students, faculty and members of the Advisory Neighborhood Committees to cultivate a town and gown relationship. I recently reached out to our local ANC and Councilwoman to engage in a dialogue. We recognize that service animals are a necessary aspect of modern-day life and we will accommodate them as needed. We appreciate pet owners respecting our campus by not bringing pets onto the private areas.

“Thank you for your emails and expressive thoughts surrounding this matter. I will always work in the best interest of the Howard University community,” Frederick said concluding his message.

Speaking truth to power President Frederick hopefully closed the chapter on invading an institution’s private space. But the discussion of race, gentrification and politics remains a hot topic in the District and the nation.

The AFRO wanted to ask, however, are there not enough dog parks? Did we miss something. Seriously. Is there a shortage that we weren’t aware of.

So just to be clear in D.C. there are pretty clear rules about where our beloved pet can and should roam.

According to the District of Columbia Municipal Regulations for Animal Control “No person owning, keeping, or having custody of a dog in the District shall permit the dog to be on any public space in the District, other than a dog park established by section 9a of the Animal Control Act of 1979, passed on 2nd reading on September 20, 2005 (Enrolled version of Bill 16-28), unless the dog is firmly secured by a substantial leash. The leash shall be held by a person capable of managing the dog.”

According to the D.C. Department of Parks and Recreation, there are 15 dog parks throughout the District.  And if there is not one in your immediate area you can fill out a DPR Dog Park Application. The District even provides a dog park proposal package with lots of helpful information. For more information please contact the [email protected]

Thankfully there are plenty of spaces for dog owners to walk their dogs. And hopefully respected institutions don’t have to call people out for disrespecting “the yard” or a community again.

‘Pakistan is no longer a pawn, a joke, a bystander on the world stage’
Britain ready to allow import of chlorinated chicken from US
Live US braced for violence as pro-Trump protesters expected to descend on state capitol buildings