How to Get Trump’s Tax Returns—Without a Subpoena 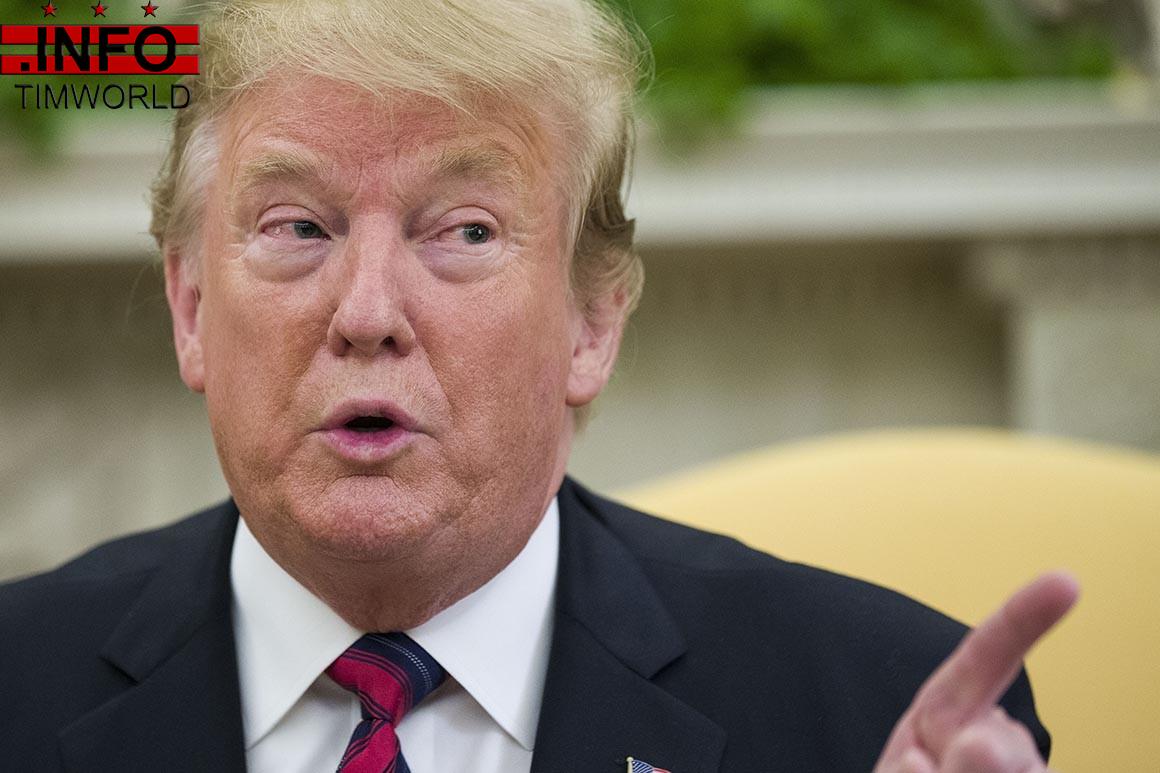 Congress’ pursuit of President Donald Trump’s tax returns is hardening into a stalemate between the Democratic House and Trump’s Treasury Department. In his April 23 letter to Ways and Means Chairman Richard Neal, Treasury Secretary Steven Mnuchin again refused Neal’s request that the IRS turn over several years of Trump’s personal and business tax returns. Neal, a Democrat from Massachusetts, has said the purpose of his request is congressional oversight. Mnuchin dismisses this explanation as contrived and contends that Neal’s real purpose is “to expose the president’s tax returns for the sake of exposure,” which Mnuchin claims is illegitimate.

According to news reports, if Mnuchin continues to resist, Neal might issue a subpoena to get Trump’s tax information. Neal, however, would be better off not issuing a subpoena but instead suing Mnuchin for his failure to comply with the law underlying Neal’s request. Why? While the purpose behind Neal’s request—the central disagreement between the two men—is relevant to enforce a subpoena, it might not be relevant for the law Neal is invoking.

In requesting Trump’s tax returns, Neal is relying on a 1924 law (now found in 26 USC 6103(f)(1)), passed in the wake of scandals such as Teapot Dome, that explicitly authorizes the House Ways and Means Committee chief to obtain any taxpayer’s tax return information by asking for it in writing. The law is clear and direct, stating that the Treasury secretary “shall furnish” any information requested. The plain language places no condition on Neal’s action, says nothing about the need for any specific purpose or justification and doesn’t enumerate any circumstances under which Mnuchin may decline to comply.

Since the meaning of this law, to my knowledge, has never been interpreted by a court, I have previously written that the committee, as a precaution, should have a legitimate legislative purpose to request tax information. I arrived at that conclusion based on analogous law involving the enforcement of congressional subpoenas: Because a subpoena ordinarily furthers Congress’ general investigative power, the courts have not unreasonably concluded that enforcement of a subpoena depends on whether the purpose of the investigation is consistent with one of Congress’ constitutional responsibilities. Neal has taken that precaution and stated a purpose—congressional oversight—that clearly satisfies this requirement. Even Mnuchin seems to concede this point by contending that Neal’s stated purpose isn’t his real one.

If Mnuchin continues to refuse the request for Trump’s tax information, Neal has two paths he could take. One—invoking Congress’ general investigative power and issuing a subpoena to get the tax information—will present the question of what Neal’s purpose is. The other—suing Mnuchin for not complying with the 1924 law—might not, based on both the language and background of the law.

Congressman John Nance Garner of Texas, the Democratic ranking member of the House Ways and Means Committee at the time, made the critical argument on the House floor that triggered creation of the law. Under the law at the time, Garner complained, Congress couldn’t even obtain the congressman’s own tax returns without the president’s permission. Garner’s example did not raise a question of congressional purpose; he wasn’t, for example, suggesting that Congress should get his returns because there was something untoward in his tax records that warranted scrutiny or required enactment of laws. Rather, his point was simply Congress’ lack of access: The president had complete access to tax information, and Congress had none. As Garner put it: “I think the House of Representatives ought to have the power to ask the secretary of the Treasury for these returns and get them.” The law, once passed, gave Congress that equal, unconditional access.

One person potentially affected by the new law was Treasury Secretary Andrew Mellon, who maintained numerous business interests while serving in government. Mellon had opposed adoption of the law, and when it passed, his deputy protested that if Congress used the law to obtain Mellon’s personal tax returns—information some in Congress had sought to assess Mellon’s possible conflicts of interest—it would be a partisan exercise. The deputy nevertheless went on to write: “[I]f they demand it we have no recourse.” Those few words capture well the meaning of the law as it was generally understood when it was enacted, even by one of its opponents who saw no legitimate purpose for the inquiry.

In granting itself this access, Congress realized that it and the president were on unequal footing. Custody of the tax information belonged to the tax agency within the executive branch headed by the president. The president, therefore, merely had to direct one of his subordinates to obtain any information. For Congress to get the same information, some more formal mechanism had to be created. The law therefore requires Neal to submit a “written request”—but that’s it. Just as the president was able to access tax records without explanation, so, too, did Congress give itself the same authority.

Following President Richard Nixon’s alleged misuse of tax information, Congress changed the tax privacy laws to require the president to reveal if he or she obtained any tax information and to bar the president‘s ability to disclose it publicly. Congress also generally tightened laws to strengthen taxpayer privacy protections. Notably, however, the 1924 law Neal is relying on has remained essentially unchanged since its enactment. Its proper interpretation, then, should turn on its clear language and Congress’ intent when it was created. In this case, as it happens, both the letter and the intent of the law lead to the same conclusion: Congress is entitled to the president’s tax information, no questions asked.

So, if Congress wants to get those returns, its next move should be to sue Mnuchin based on his failure to comply with the 1924 law, rather than to seek the information through a subpoena. At worst, a court would require Neal to have a legitimate legislative purpose—the same condition that applies to enforce a subpoena. But a court might well decide, based on the language and history of the 1924 law, that no purpose is needed at all. Congress has a strong case. A suit on the law will be a good test to determine whether Trump has captured the judiciary, as he apparently believes.