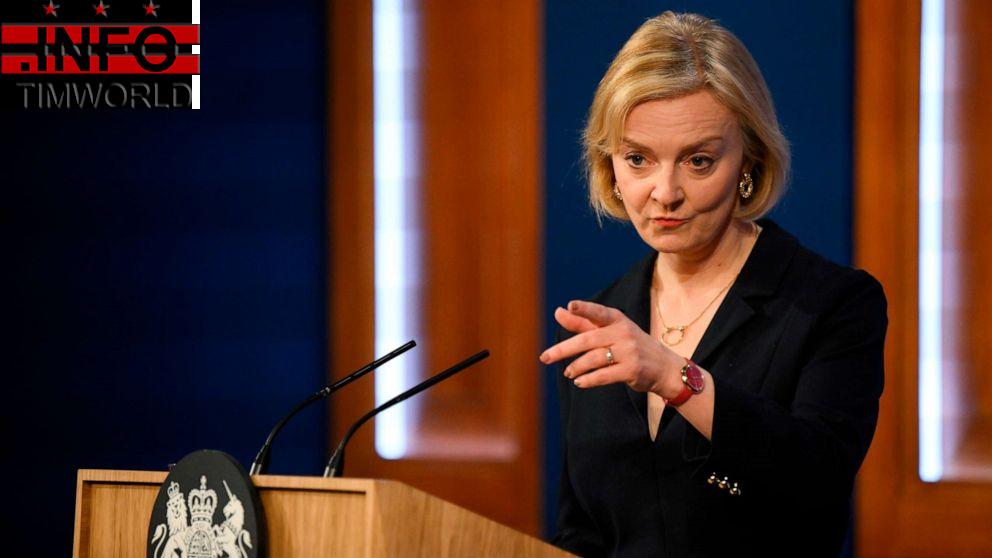 LONDON — It was only six weeks ago that Liz Truss met Queen Elizabeth II and was appointed the new prime minister of the U.K. But six weeks is a long time in British politics and, after a major policy U-turn along with unconvincing attempts to reassure her Conservative party and the public, she is already under major pressure to resign.

Prime Minister Truss, who remained loyal to her predecessor Boris Johnson before his resignation this summer, won the Conservative leadership contest with the promise of a low tax, high growth economy. Her spending plans were criticized by her leadership rival, former finance minister Rishi Sunak, who said “borrowing your way out of inflation is a fairytale” at the time in July.

Kwasi Kwarteng, the new Chancellor of the Exchequer, announced the government’s first major policy plan to advance Truss’s economic vision in the House of Commons on Sept. 23. Their package included measures to cut the rate of tax for the highest earners, cancel a planned corporation tax increase, remove a cap on bankers’ bonuses, and all this while also promising billions to tackle the looming threat of rising energy bills ahead of the winter, attributed by the government to the war in Ukraine.

The plan was criticized by opposition politicians and economists, and the International Monetary Fund issued a sharp rebuke to their plans, saying in a statement widely interpreted to be scathing that “we do not recommend large and untargeted fiscal packages at this juncture” and the budget would “likely increase inequality.”

Economic chaos followed, as the budget triggered an immediate adverse reaction from the markets. The Bank of England, the U.K.’s central bank, was forced to buy government bonds to ease fears that the state pension fund could collapse. Interest rates were forecast to rise, meaning mortgages rates, as well as household bills, were set to increase against a backdrop of rising inflation.

The budget prompted rare criticism from President Biden, who said “I wasn’t the only one that thought it was a mistake,” and that the outcome was “predictable.”

Amid mounting criticism the government attempted to calm the storm, but last week Kwarteng, a long-time supporter and personal friend of Truss, became the first ministerial casualty of the policy, as he was asked to resign as chancellor.

The new chancellor, Jeremy Hunt, then announced an effective reversal of all the key measures introduced in the September budget — leading many to speculate that he, and not Truss, had become the de facto leader of government policy. Tuesday’s headline in the Daily Mail, which backed her leadership campaign and supported her budget at the time, read: “In Office, But Not In Power.”

While Truss insisted her plans were right for the country in public, the speed of the collapse in her authority with her Conservative colleagues has generated a great deal of parody. After The Economist magazine quipped that Truss “blew up her own government” so quickly that she had “roughly the shelf-life of a lettuce,” the Daily Star, a tabloid, set up a live stream to monitor if she could outlast a lettuce of their own.

The Conservative Party still command a strong majority in the House of Commons after Boris Johnson’s election win in 2019, and the next public vote is not due until 2024. Truss insisted to the BBC on Monday she will lead her party into the next election, but now the new prime minister faces a daily challenge to stay in office.