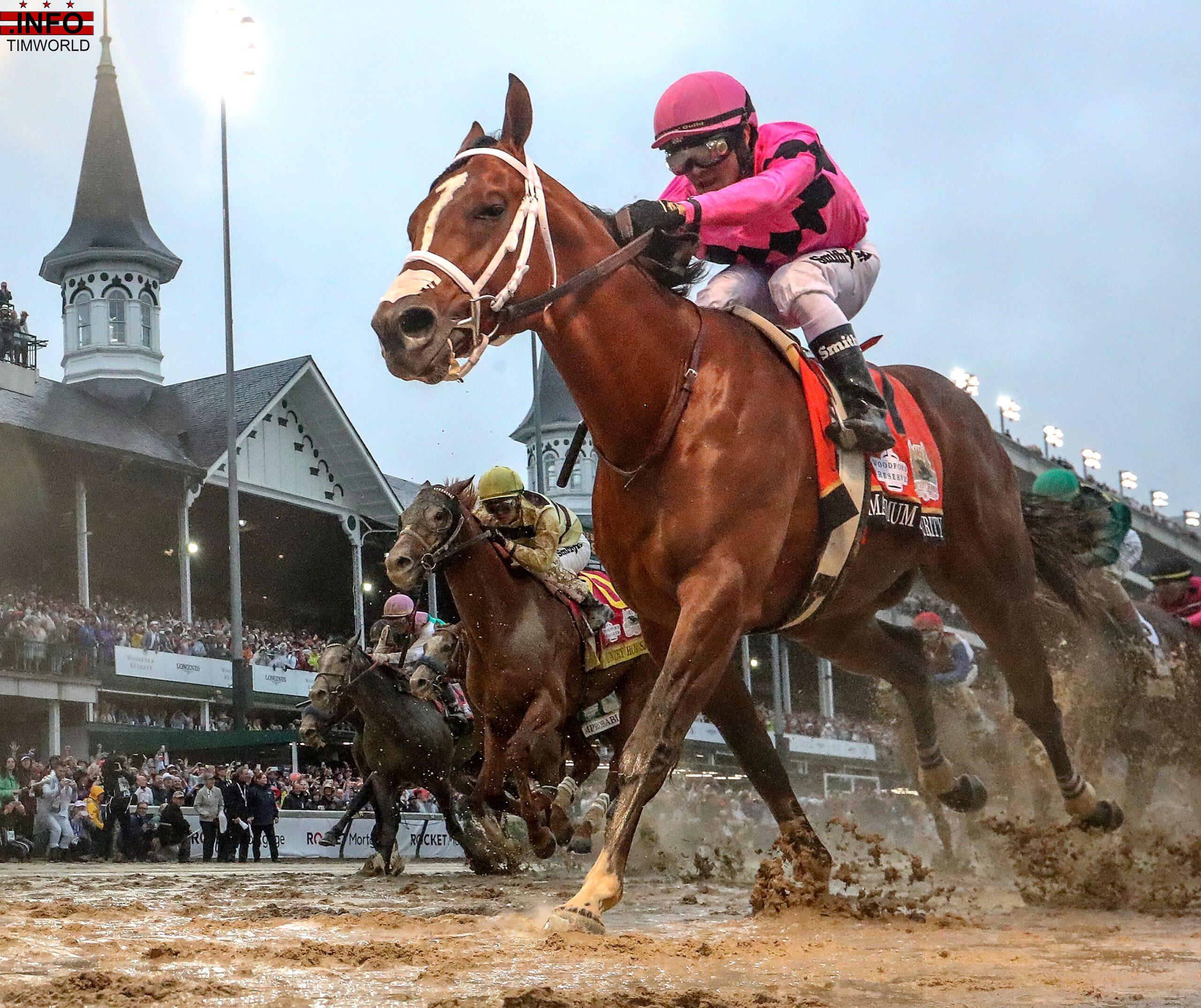 The horse who ran first through the finish line and into the center of controversy surrounding this year’s Kentucky Derby is an overachiever.

Maximum Security wasn’t supposed to be this good.

Regardless of posttime odds in Saturday’s Kentucky Derby or how the race finished on the track, his remains a rags-to-riches type of story — given his relatively obscure pedigree and debut in a low-stakes claiming race — that we won’t get to see play out in a run for horse racing’s Triple Crown.

That could ultimately impact his future value as a sire.

As for the stewards’ decision to disqualify him from the Derby for “drifting” out of lane and interfering with the progress of other horses? That won’t impact his breeding value at all, according to one of the industry’s top experts.

“The incident that happened on Derby Day, that’s not going to be a factor in breeders’ minds,” said Ric Waldman, a bloodlines expert and consultant who has managed the breeding of some of horse racing’s most successful sires. “… It doesn’t matter. We can speculate whether he was going to win the race without the problem. With that traffic problem that he caused, in breeders’ minds, it shouldn’t take away from the impact that he has made as a racehorse.”

COULD COURT OVERTURN DQ?: Don’t bet on it, lawyers say

Maximum Security, with Luis Saez aboard, crosses the finish line first in the 145th Kentucky Derby. A protest was filed and Country House was declared the winner.
May 4, 2019 (Photo: By Michael Clevenger and Christopher Granger/Courier Journal)

Prior to the Kentucky Derby, Maximum Security had won all four of his races by at least 3 ½ lengths. That’s despite the fact he had an apprentice jockey up for the first two, and his Dec. 20 debut came in a $16,000 maiden claiming race at Gulfstream Park.

“I didn’t think, as a claiming trainer, which I am, that he was that attractive,” said trainer Jason Servis prior to Saturday’s race.

That had to do with a lot of factors, but first among them was Maximum Security’s lineage.

But New Year’s Day was retired to stud after only three races because of a chip in a bone in his hind leg.

“He went from relative obscurity to being one of the best 2-year-olds of his crop and then immediately returned to obscurity,” Waldman said. “New Year’s Day is well-bred himself, being by Street Cry. But he wasn’t a front-runner. He was a closer. So he lacked the early speed that breeders like to see, but they still like to see that he won the best 2-year-old race of the year, and in all rights had he not been injured would have been the early (Kentucky) Derby favorite.”

It was also announced in January that New Year’s Day had been sold to Brazilian owner/breeder Luis Felipe Brãndao dos Santos and would be relocated to South America, according to Bloodhorse.

“Usually, the customary Derby winners or exciting 3-year-olds have more of an exciting pedigree that you can hang your hat on or you can go back and find why it happened more readily than you can with Maximum Security,” Waldman said. “But you have to keep one thing in mind: An exciting racehorse still attracts breeders’ attention.

“And Maximum Security, irrespective of all the obscurity (in his background), is a very exciting racehorse. And very exciting racehorses often can make a good sire. So while he lacks fashion to bring in the big bucks that you have heard about with recent Derby winners, there will still be plenty of interest as long as he’s priced right and breeders are attracted.”

No. 6 LSU opens against Georgia Southern
Falcons, 1-4 for the 2nd straight year, are in big trouble