How a smooth Saudi operative charms Washington and defends ‘the indefensible’ 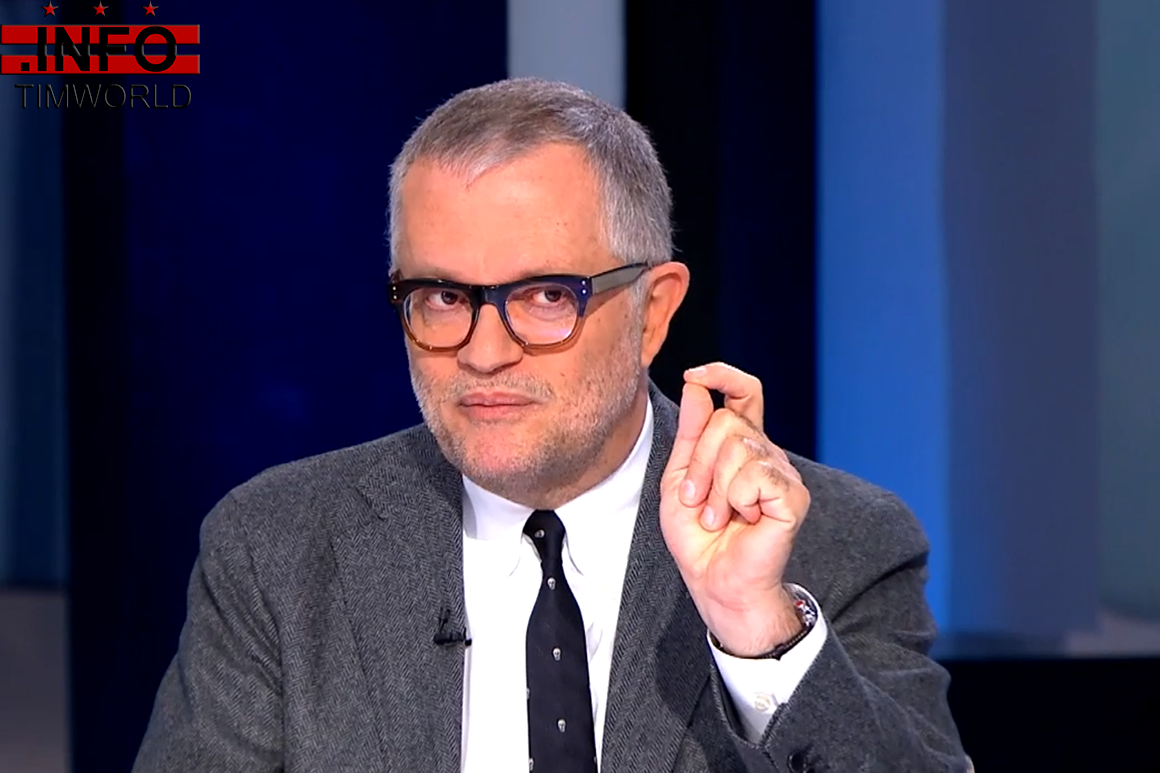 Even as evidence mounted last week that a Saudi Arabian hit squad had murdered and dismembered his friend, Jamal Khashoggi, Washington operative Ali Shihabi took to Twitter to do what he does best: defend the Kingdom of Saudi Arabia.

“Leaders and governments make mistakes, sometimes horrible ones,” the suave 59-year-old wrote in a 13-part Twitter thread on Oct. 20. “At present, the Saudi government has been humbled and chastened … But one horrible murder cannot and will not be allowed to put the country further at risk.”

The reaction from many quarters was scathing.

“Keep cashing those checks, Ali,” wrote Karen Attiah, who edited Khashoggi’s columns for The Washington Post. “I cannot for the life of me understand how you sleep at night.”

The global outrage over Khashoggi’s murder has forced many Washington lobbyists and public relations pros to cut ties with the Saudi government. But not Shihabi, a Saudi national who may be the country’s most effective defender in the U.S. capital. Media savvy and politically shrewd, Shihabi has relationships with prominent journalists, Trump administration officials and think tank experts throughout Washington. The Saudi ambassador left Washington earlier this month and reportedly may not return, but it matters less given that many already consider Shihabi, who is close to the Saudi leadership, to be the kingdom’s unofficial envoy.

Unlike some Arab envoys who can be culturally out of step with their host city, Shihabi — whose father was Saudi and mother Norwegian — has a gracious European demeanor, a wry sense of humor and a taste for good wine. His daughter is even an actress.

A former banker and novelist who leads the nonprofit Arabia Foundation — a think tank founded in the belief that the Saudi government was not making an effective case in the U.S. — Shihabi can often be seen on the D.C. circuit, hitting book parties hosted by the likes of the operative-hostess Juleanna Glover and dining at spots like the Monocle and the Four Seasons with such A-list media figures as Fox News host Tucker Carlson. He also hosts off-the-record dinner-discussions in Georgetown for journalists and policymakers.

He calls himself a provocateur, but Shihabi can be just as on-message as any official Arab envoy. He is tall and bespectacled, with a booming voice he uses with little restraint, often talking over his opponents with a wide smile as he rationalizes beheadings as a means of executions, Saudi efforts to counter Iran’s government, and even conditions for the country’s imprisoned dissidents.

“Prison in Saudi Arabia is quite benign,” Shihabi once said during a television appearance with Khashoggi. “They are nothing like the dungeons of the Middle East.” (He later clarified he meant jails for political prisoners, but regretted the way he’d articulated the comment.)

Despite such head-scratchers, Shihabi has developed a sterling reputation among Washington foreign policy elites who consider him a loyal — but not completely doctrinaire — interlocutor between Washington and Riyadh.

“I would describe him as one of the sharpest people I’ve met in this town,” said Walter Cutler, a former U.S. ambassador to Saudi Arabia. “I have high regard for him personally.”

“I’ve had conversations with him where I’ve said, ‘The Saudi government just did X. I don’t get it. It doesn’t strike me as smart,’” said Elliott Abrams, a former official in the George W. Bush administration. “He’d say, ‘I don’t think so either. I’m trying to get it reversed.’”

But as evidence mounts that Khashoggi was murdered inside the Saudi Consulate in Istanbul on Oct. 2, possibly on orders of the crown prince he had often criticized, Shihabi’s skills are being tested as never before. He’s defending a Saudi version of events — that Khashoggi died after a fistfight with Saudi officials waiting for him in the consulate – that has been widely dismissed.

“The killing of Khashoggi has put [Shihabi] in a nearly impossible position, or at least an extremely difficult one,” Abrams said, adding: “He’s a product of his life experience. He’s much more likely to defend the Saudi system than you or I would.”

Others were less kind. “He’s trying to defend the indefensible, and that never works out very well,” a former Obama administration official said on condition of anonymity. “The fact of the matter is that the story that the Saudis have concocted is so blatantly false that he damages his own standing, his own reputation, by trying to argue in defense of it.”

Further complicating matters is the fact that Shihabi had known Khashoggi for many years. The pair had even appeared on TV together to debate Saudi policy.

In a WhatsApp conversation with POLITICO this week, Shihabi noted that he does not accept any Saudi government money, and expressed no doubts about his ongoing support of the embattled Saudi monarchy. He argued that the decades-old U.S.-Saudi alliance is too important to cast aside over the death of one man. It’s an argument that has plenty of traction inside the White House, where President Donald Trump views Saudi Arabia as key to his efforts to isolate Iran and keep oil markets stable.

“I don’t hide my views and don’t mind going against consensus,” Shihabi wrote. “I like to be provocative. I am not running for ‘most popular guy’ in D.C.”

“I am fine,” he added when asked how he’s holding up emotionally. “It is a time of stress, but I follow the quote, ‘If you can’t take the heat, get out of the kitchen.’”

Shihabi calls himself a foreign policy “realist,” or “certainly not an idealist.” He is skeptical that liberal democracy can take root in his homeland anytime soon and prizes the idea of stability in Saudi Arabia.

“Nobody has been able to carry out dramatic change in the developing world successfully under a pluralistic system,” Shihabi once said. “You need a benevolent autocracy.”

Shihabi urges Westerners to understand Saudi Arabia’s complex history, especially the role of Islam and tribal heritage. But he also understands that Saudi Arabia must modernize its economy to become less oil-dependent and backs the agenda of the 33-year-old Saudi crown prince, Mohammed bin Salman, who has checked the Saudi religious establishment and granted women new rights.

He dwells less on the crown prince’s darker actions — including his brief kidnapping of Lebanon’s prime minister, temporary imprisonment of dozens of Saudi royals, a diplomatic feud with Canada over a tweet, and a war against Iranian-backed rebels in Yemen that has left millions on the brink of starvation.

The crown prince’s “personality has made him overreach” at times, Shihabi concedes, before blaming much of that on MBS’ more aggressive advisers. “He will rescue Saudi, but will make mistakes and needs more guidance,” Shihabi wrote.

Shihabi has offered some criticism of Khashoggi’s death, calling it a crime carried out by “people who should be and will be treated as criminals.” But he has also echoed the royal family’s official line about the murder, one that U.S. and Turkish intelligence officials call false.

Shortly after Khashoggi’s disappearance, for instance, Shihabi repeatedly cautioned people against jumping to conclusions, arguing that leaks from the Turkish government were unreliable.

“The Turks say 15 people showed up in two planes. You need 15 people to assassinate one person in your consulate?” he wrote on Twitter on Oct. 6. “Story just does not make sense.”

After the Saudi government admitted Friday that Khashoggi had died and announced a series of arrests and firings over the case, Shihabi cast those moves as a huge step forward for the kingdom and its sclerotic bureaucracy, even if MBS himself appears unlikely to face any serious accountability.

Shihabi insists the Saudi leadership has never pressured him or tried to guide his commentary. But he’s frank about sometimes checking himself.

“Do I worry about criticism going too far?” he told POLITICO. “Sure. Because I want to maintain access.”

Shihabi’s primary organ of influence in Washington is the Arabia Foundation, which he established in early 2017. He says he launched the organization after coming to believe that the Saudi monarchy was getting poor results for the millions it spent on lobbying and public relations in Washington.

He describes the foundation as an independent think tank funded by himself and other Saudi businessmen. The foundation doesn’t take Saudi government money, Shihabi says, though he acknowledges that he informed Saudi officials about his plans to establish the foundation, partly to ensure financial support from other Saudis.

Much of the foundation’s focus is not Saudi Arabia, but Iran. Shihabi, like many Saudis and many in the Trump administration, views the rise of Iran as a major threat to the Arab world. As of Tuesday, the foundation’s homepage had no mention of Khashoggi.

Shihabi’s background is unusually varied for a Saudi citizen: His late father, Samir Shihabi, was a Jerusalem-born Saudi diplomat for around 50 years, serving in countries such as Pakistan, Turkey and also performing a stint as the president of the United Nations General Assembly. His late mother was from Norway; the couple met in the late 1940s at Cambridge University.

Shihabi spent much of his life living outside Saudi Arabia, getting his undergraduate degree at Princeton University and an MBA from Harvard. He then returned to Saudi Arabia in 1985, where he worked in banking and finance. He moved to the United Arab Emirates in the late 1990s, where he launched Rasmala, a private equity fund focused on Gulf Arab countries.

In 2012, after retiring from the banking world, Shihabi debuted as a writer.

He first wrote a novel, “Arabian War Games,” that explored what would happen if Iran invaded Saudi Arabia just as Israel tries to expel its Israeli-Arab minority into Jordan. (An “impotent” United States “helplessly watches events play out,” according to one summary.) Shihabi later wrote a nonfiction book titled, “The Saudi Kingdom: Between the Jihadi Hammer and the Iranian Anvil,” in which he proposed reforms the country should undertake to avoid instability.

Along the way, Shihabi acquired residency in Portugal where he has a farm. One of his two sons oversees an avocado business there. “It’s a very profitable business, but I made my money in private equity and inheritance from my father,” Shihabi wrote.

While Saudi Arabia is known for promoting an austere form of Islam that many experts say breeds terrorism, Shihabi comes across as relatively open-minded and liberal – up to a point.

Shihabi’s daughter, Dina Shihabi, is an actress who recently had a major role in the Amazon spy series “Jack Ryan.” Shihabi has long supported his daughter’s ambitions, but he was upset after seeing an episode in which she had a brief nude scene.

“This is not how she was brought up and does not reflect our values,” he wrote on Twitter in September. “Clearly the pressures of Hollywood got the better of her as a new actor.” Shihabi later deleted the tweet, but the U.K.’s Daily Mail turned it into a fully illustrated story.

Even as Shihabi comes under fire for his commentary about Khashoggi’s death, his defenders say he is offering a valuable nuanced and long-term vision of the U.S.-Saudi relationship.

“Ali’s been very clear that the death of Jamal is wrong, is horrible, is indefensible,” said Adam Ereli, a former U.S. ambassador to Bahrain who serves on the advisory board of the Arabia Foundation.

“But at the same time, the death of a journalist is what it is. It’s not the end of the world,” he added. “What are we supposed to do, stop doing everything? And just put the Middle East on hold while we vent our rage and punish everybody?”